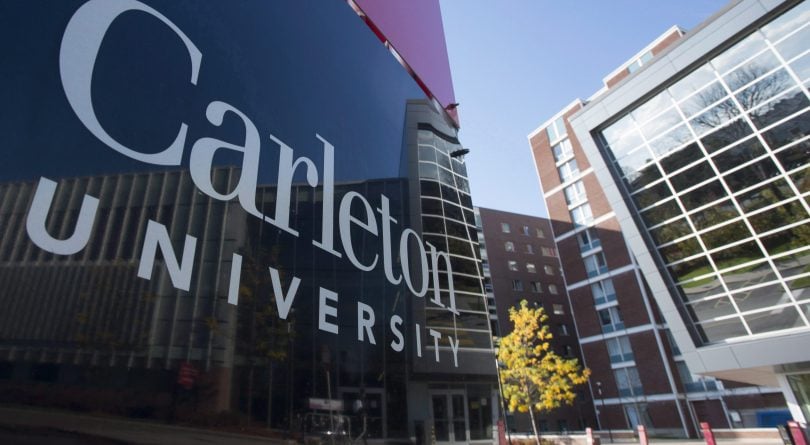 As a labour dispute between Ottawa’s Carleton University and more than 850 administrative and technical employees enters its fourth week, some students say they feel abandoned by the school’s administration.

Members of the Canadian Union of Public Employees (CUPE) 2424 have been on the picket lines since March 5, after representatives from both sides failed to reach an agreement in negotiations that had been ongoing since July 2017. Union leaders say the university, which is home to more than 28,000 students, wants to remove language protecting bargaining and pensions from its collective agreement.

The striking employees include departmental administrators, IT workers, mental health counsellors and many of the university’s library staff. Despite classes continuing as normal during the strike, it hasn’t been without its disruptions. For instance, technical workers at Carleton’s school of journalism train senior students how to use professional audio and video equipment.

With those key staff members away from their jobs, the broadcast courses are being taught without much of the gear that helps students prepare for future careers in the industry. “We can’t use our skills,” said third-year journalism student Kelly Millar. “We can’t practice and see what we learned.”

Millar added that she and her classmates in the introductory video journalism course have resorted to shooting their stories on their personal smartphones instead of using the high-end cameras normally supplied by the school.
“Even though it is technically easier to do the assignments because we don’t have to use the equipment, I think no one would choose this over actually learning a new skill,” she said.

Ross Zimmerman is another Carleton student whose major coursework has been impacted by the strike. The fourth-year history student said he and his group put nearly 70 hours into a documentary project, only to find out they won’t be able to edit it before the end of term. Zimmerman said he used to have access to a creative hub on campus where he could access free video editing software, but without any support staff to supervise the space, it’s no longer open. “We were supposed to present a ten-minute documentary at the beginning of April. We were supposed to start editing at the beginning of March, but of course that’s when the strike started,” he said. “The documentary was about 60 to 70 per cent of our final grade, so because we aren’t able to do … that work, our professor is forced to mark us on the 30 per cent we did do.”

It’s not just class assignments that have been affected by the strike. Many of the university’s essential services have been forced to reduce their hours or close completely until an agreement is reached.

Carleton’s department of health and counselling services has been operating with a skeleton staff since the strike began, meaning many students have had their counselling appointments cancelled with no opportunity to rebook for the foreseeable future. With the final exam period just weeks away, the lack of counselling support is gravely concerning to Jasmine Moreau, the president of Carleton’s Student Alliance for Mental Health. “A lot of people look forward to those appointments. It’s something stable in your life even when other things aren’t,” the second-year communications student said.

Moreau added that because the Carleton community includes many marginalized individuals, including international students and members of the LGBT community, she’s disheartened that the university has yet to acknowledge how the strike could be impacting the mental health of its students. “It does feel like a bit like a betrayal, especially with their new commitment to a mental health framework and improving it,” she said. “It feels like a huge step back for them and almost like the trust has been broken a little bit with me.”

Fourth-year humanities student Barâa Arar is among many Carleton students hoping the strike will be resolved before the end of the academic year. She has been tweeting at Carleton’s interim president Alastair Summerlee every business day since the strike began. She’s also been phoning and emailing his office.

Arar said while she has yet to receive a response from Summerlee or any other senior Carleton official, she’s determined to keep trying. “I’ve said this from the start and I’ll continue to say it,” she said. “The university’s administration forcing CUPE 2424 to be on strike and stay on strike is an attack on the Carleton community and it’s an attack on the Carleton’s community integrity and bond.”

In an emailed statement, a Carleton spokesperson said, “the university has taken steps to minimize the impact on our students.”

Noah Richardson is a fourth-year journalism and Canadian studies student at Carleton University in Ottawa. He hails from Prince Edward Island.