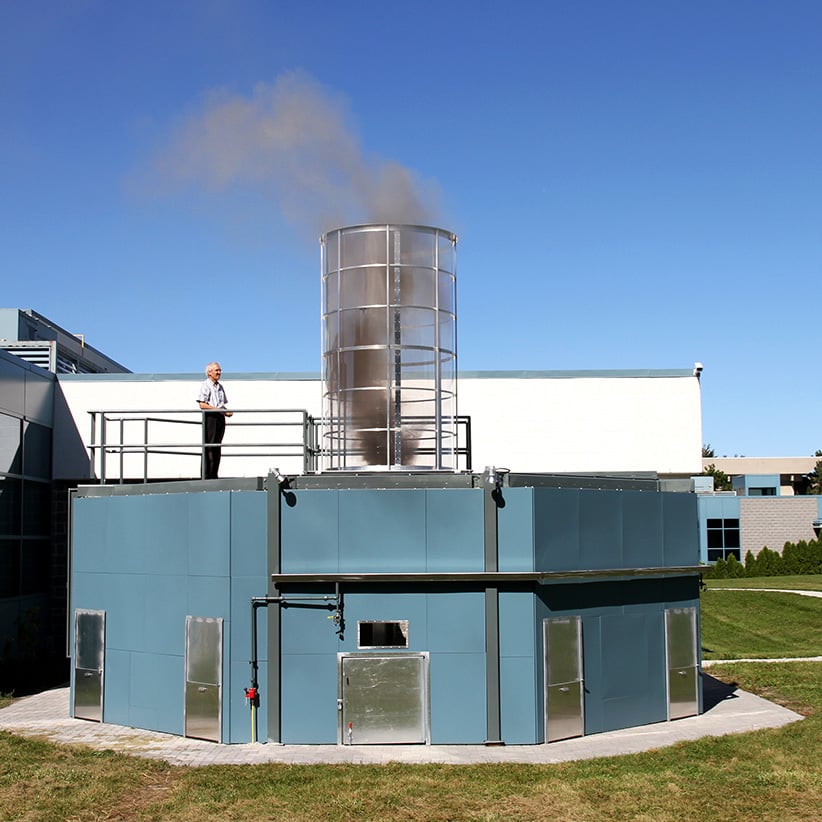 Vortex: Lambton College is collaborating with energy innovators like Michaud through its research centre

After retiring from a process engineering position with Imperial Oil in Sarnia, Louis Michaud began thinking about how manufacturers can make better use of the waste heat that emanates from large industrial plants. He invented a device that forces hot air through a stack, resulting in an energy-producing vortex that can be used to drive a turbine engine and produce electricity. “The concept is that the system can be coupled with any source of waste heat,” says Lambton College’s dean of applied research and innovation, Mehdi Sheikhzadek. “It’s a very clean technology.”

Lambton had been working with local energy innovators since 2009, so in 2013, after patenting the AVE (for atmospheric vortex engine), Michaud approached the college for help building a prototype and attracting capital to commercialize his discovery (one early backer, PayPal founder Peter Thiel, contributed $350,000). The college’s testing process involved Lambton faculty and students studying instrumentation and control systems, as well as data gathering and processing.

Michaud and his backers, meanwhile, set up AVEtec Energy Corp., which will commercialize the technology. The company is working with the newly established Lambton Energy Research Centre, which opened this September with a five-year, $2.3-million grant from the Natural Sciences and Engineering Research Council. Affiliated with the college, the energy research centre has a mandate to help innovation-driven entrepreneurs hone early-stage technologies.

With two years of intensive testing now complete, Sheikhzadek says the centre and AVEtec are working to engineer larger AVEs suitable for full-scale industrial applications. While the estimated capital costs for a full-scale device could run to $55 million, the AVE technology could some day provide industrial users with alternatives to traditional co-generation (an older technology that uses waste industrial heat to drive turbines) as a means of greening their facilities.