Over the last six years, the Sudbury community college's performance in Skills Canada competitions has been nothing short of amazing. 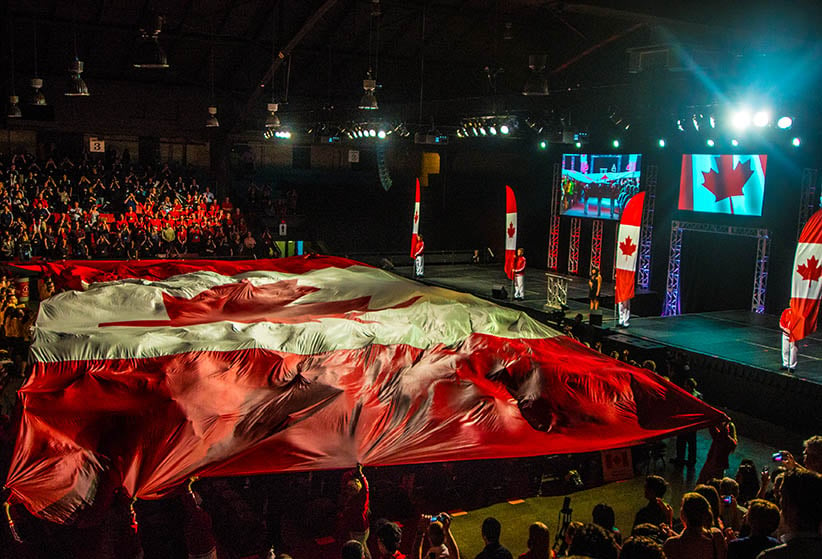 Cambrian College is hardly big. At 5,000 students, it’s an intimate learning environment. Yet what this Ontario institution lacks in size it more than makes up for in performance. Over the last six years, the Sudbury community college’s performance in Skills Canada competitions have been nothing short of astonishing. At the provincial level, 38 students have ranked among the top 5 competitors, 53 among the top 10, and 47 among the top 20. At the national level, they’ve won 11 medals.

So how is such a small school dominating in a provincial competition where the largest schools like Seneca and Humber have almost 20 times the students?

It all began in 2005, when Bob Vachon, a professor of computer systems technology, first heard about Skills Ontario. “I wanted to see how our program stacked up against the rest of the province,” says Vachon, who keeps a PowerPoint on his program’s achievements on his computer. In its first year of competition, second-year student Chris McDonell managed to win a gold in the provincial competition, and went on to win a silver in the nationals, leading Vachon to develop a system. He would send both a second- and third-year student to every competition.

“To the second-year I’d say, ‘Don’t worry about winning, just absorb the experience and learn,’ ” he explains. Those same second-year students would often go on to win a medal the following year: in 2007 Josh Ryan won a silver at Skills Canada as a second-year student, and in 2008 he returned to claim gold. The cycle repeated itself in 2010 and 2011 with Dillan Cooke (bronze, followed by gold) and then in 2013 and 2014 with Josh Marshall (silver, followed by gold).

After graduation, a Hamilton employer who had heard about Marshall’s Skills Canada win came knocking. “Just off the basis of the competition they gave me the job,” he says. He says Cambrian’s dedication to the Skills competitions was “definitely an incentive” in his decision to enrol. He also credits Vachon’s mentorship model as a factor in his success. “That alone, not necessarily the technical expertise I was given, but just knowing what to expect and what the judges were looking for, was very valuable,” he says.

Inspired by Vachon’s success, welding professor Robbie Duncan started training his students in 2007. “We have an in-house competition where they compete against one another to decide who goes to the provincials,” he explains. “It’s just good to bring out that competitive edge in people.” Duncan attributes the college’s success to the time both faculty and students put into training. “It’s all weekend, five to six hours both days, for the entire winter semester, plus evenings—really whatever their schedules can accommodate.”

Shawn Poland, the associate vice-president for college advancement, has watched the college’s success build. “It’s grown tremendously,” he says. “We now have almost 100 per cent participation from our faculty. We’ve got one or two students participating in almost every category.” This year, the college had its first win at the World Skills competition in Brazil; Maxime Marineau won a bronze medal in mobile robotics.

Poland says the Skills competitions are now part of Cambrian’s culture. “Students come to Cambrian often having heard of Skills,” he says. “And if they haven’t, they learn about it pretty quick.”