Canadore runs triumphant program for Aboriginal women in the trades 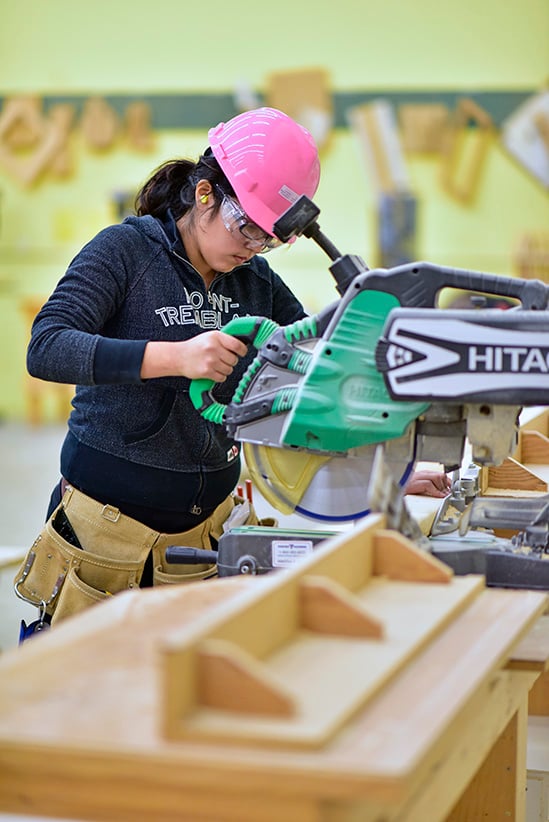 Getting even: Only 14 per cent of skilled-trades apprentices in Canada are female

Last summer, 15 First Nations women enrolled in a new Aboriginal women in the trades program at Canadore College. With tuition covered by the province, they studied plumbing, electrical, construction, and carpentry. Twelve weeks later, all had graduated—three went on to study trades full-time, and most immediately found work in their home communities.

“I remember dripping sweat, building a shed and laughing. It was summertime, and we had a couple of really hot days, but we were laughing all day building that shed,” says graduate Tamara King, mother to a six-year-old son. King grew up playing with tools and was always curious about construction; she’ll continue her education in the 42-week building construction technician diploma program at Canadore beginning in September 2016.

Barriers for women in the trades are high—only 14 per cent of skilled-trades apprentices in Canada are female—and Aboriginal women face additional hurdles. “I would say the biggest challenge was people coming from isolated communities and being away from their family and friends. It’s a very different world,” says instructor Denise Toner. “We were always there, and we were always ready to help,” she adds. “We supported the students, followed up with them if they were missing too much, encouraged them—we gave them the opportunity to shine.” Toner ran support services to ease the transition to post-secondary life and prepare students for the racism and sexism they might face as Aboriginal women in the workforce.

A sense of community and belonging was key to securing the program’s astonishing 100 per cent graduation rate. Each morning, the students would discuss their troubles and triumphs over a shared breakfast. Anything else they needed, from help finding a dentist to dealing with loneliness and culture shock, was taken care of by Toner. Many of the students formed close friendships and are still in touch. 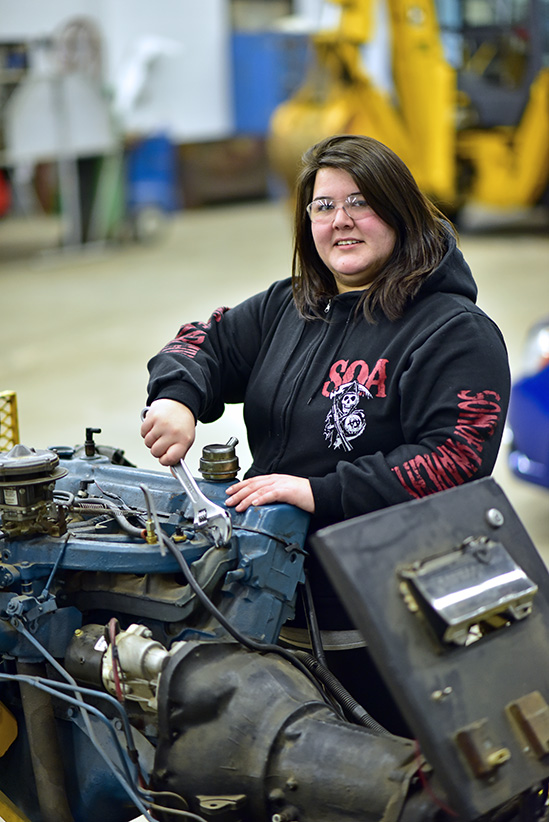 “We knew these women would need a lot of support when they’re away from home, leaving their children behind, and for some of them it was their first time ever in a post-secondary institution,” says Judy Manitowabi, manager of community-based learning and contract training for the school’s First Peoples’ Centre. King had a one-hour commute to campus, but many of her fellow students in the program had families living much farther away.

The program, which Manitowabi founded and oversees, is set to have its second run in the summer of 2017. Tuition was fully funded by the provincial government’s Local Poverty Reduction Fund, but those who lived in residence or elsewhere had to find a sponsor to pay for expenses in North Bay.

King hopes to open her own business building rental houseboats when she graduates. “The biggest thing I took from the program? Confidence.”