Invasive insects are the target in Applied Entomology Laboratory research 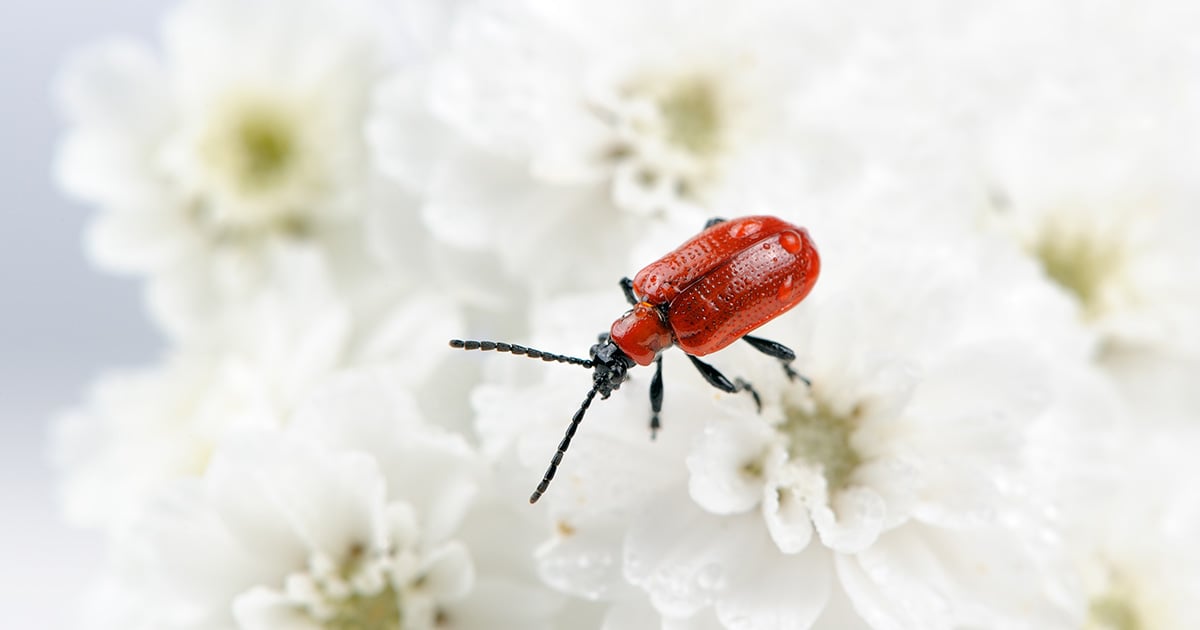 Red menace: The lily leaf beetle is considered an invasive insect species in Newfoundland, and could change the region’s ecosystem if not dealt with properly

The lily leaf beetle, with its shiny scarlet back, “is a cute little beetle,” admits Barry Hicks, who established the Applied Entomology Lab at the College of the North Atlantic (CNA) in 2008. But it’s a ravenous bugger, too. If your garden is full of lilies, “they will eat them right down to the ground,” he says.

It’s just one of the invasive insects showing up in Newfoundland and Labrador that could mess with the island’s ecosystem, and that Hicks and some of his first-year biology students are studying.

Situated at the Carbonear campus on Newfoundland’s Avalon Peninsula, the lab’s purpose is to conduct research to help maintain the native insects in the province, vulnerable to the introduction of invasive species. “Here in Newfoundland there are not very many entomologists,” says Hicks, explaining he set up the lab so biology students could help with practical research aimed at understanding and reducing insect-related problems.

The students do their work in summer. “My wife gets mad, because basically that’s when I am on annual leave,” laughs Hicks. “But that’s when all the bugs are out.”

Each year, one, two or three students help Hicks, which includes studying European fire ants and spruce budworm. After causing mass defoliations in the 1970s and 1980s in parts of Newfoundland, Labrador and New Brunswick, another spruce budworm outbreak could pose a serious threat to the lumber industry.

Sheila White, who now teaches high school science in Igloolik, Nunavut, was a first-year biology student in Hicks’s 2009 class. While studying for her applied science degree at Saint Mary’s University in Halifax, she spent a summer at the CNA lab, researching methods to mass-produce the Beauveria bassiana fungus, which can infect and kill spruce budworm larvae.

“I was using barley and rice to produce the fungus,” explains White, who then harvested Beauveria spores from the grains, inoculated budworm larvae and recorded mortality rates. White’s research could one day lead to techniques for producing sufficient spores to be sprayed in a formula over forests “instead of using nasty chemical insecticides,” explains Hicks.

The European fire ant is particularly hated for its miserable sting. Hicks has been studying the ant’s arrival and impact on local invertebrates. Former CNA student Kristen Baker helped with the fire ant research during the summers of 2013 and 2014. “Surprisingly, I did not get stung by any fire ants even though I was working so closely with them,” says Baker, who set traps in gardens and front yards of people’s homes.

Baker put pairs of ants from different colonies in a tiny tubular glass ring to battle. The aggression tests helped determine whether Newfoundland’s fire ants spread from one colony or more. Ants from a genetically similar colony will just pass each other by in Baker’s little wrestling ring. But if an ant, using its antennae to detect chemicals on another ant’s exoskeleton, senses it is genetically different, they’ll duel to the death.

“I suggest that the ants may have been introduced from Britain [to Newfoundland] many years ago, maybe before the initial documented introduction into Massachusetts,” at the turn of the 20th century, says Hicks. Once he understands the ecology of the invasion, it “may provide additional information on how to manage these ants.”

FILED UNDER: College of the North Atlantic Colleges Guide 2017