College of the North Atlantic's winning formula to lure students

If there’s enough demand and instructors to go around, College of the North Atlantic students start classes at the first of the month—every month. 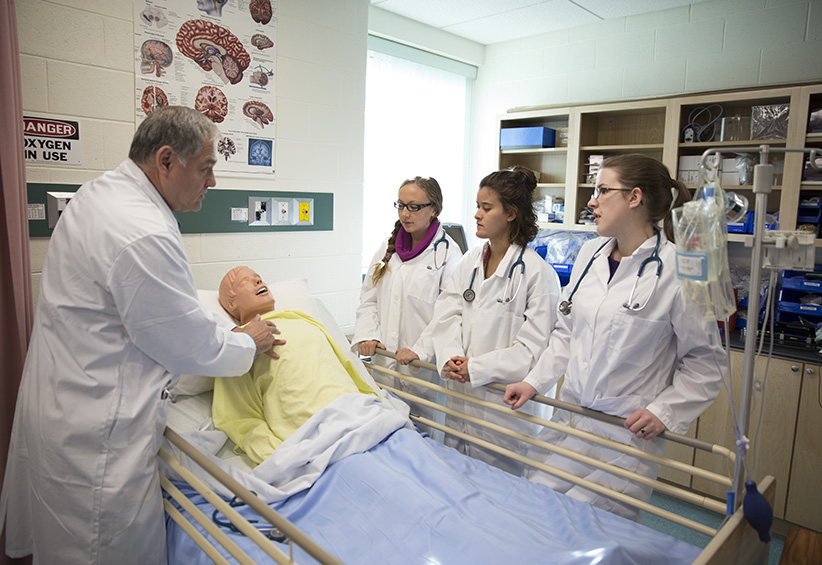 September is known for two things: Labour Day weekend, which punctuates the end of summer, and going back to school, which marks the beginning of fall.

But at the College of the North Atlantic (CNA) in Newfoundland, students start school at the first of the month all year-round­—if there are enough seats, demand and instructors to go around. It’s unorthodox, but it’s part of CNA’s enrolment-management transformation. Numbers are up: 17 per cent over the past two years, in fact, to the current total of about 25,000 students.

It’s thanks to outside-the-box thinking from the college’s president, Ann Marie Vaughan, who arrived in August 2011 from Memorial University, where she was the director of distance education, learning and teaching support. The school’s “winning formula” has several components, including: moving programs to different campuses to capture more students; adding new programs to meet student and industry demand; and cutting low-enrolment classes.

She had to get creative after the provincial government slashed the school’s budget by $15 million in March 2013. That year, it axed basic adult education and, the following year, the fallout meant several low-enrolment programs such as adventure tourism were eliminated as students graduated.

Because the CNA has 17 campuses spread out across Newfoundland and Labrador, shifting programs to attract more students was a “Why didn’t we think of this before?” idea. It started this fall when the music program was moved from the Bay St. George campus in Stephenville, a town of 8,000, to the Prince Philip Drive campus in St. John’s, with a population of about 100,000. Three programs will follow in 2016: recording arts, video game design and journalism. “Enrolment was dropping in those programs, but we knew they were really good,” says Vaughan.

CNA’s current student union president, Erin Everard, 24, says students are thrilled by the move. “Most of them said they wouldn’t attend a program like this in Stephenville,” says Everard, a third-year business management student at the Prince Philip Drive campus.

“It would definitely have been beneficial to be in St. John’s, just so you could interact with fellow musicians and engineers in the city,” he says. “You don’t really get that opportunity in a small town.”

Listening to students, consulting with city leaders, and analyzing labour markets helped the school refresh programming everywhere. Enrolment in the school of health sciences has increased 53 per cent, from 488 to 739 in the past year alone, for example.

Marissa Ten Broek, 18, made a last-minute decision to go to St. John’s rather than Grand Falls-Windsor for the medical-laboratory assistant program, when she was notified, in mid-August, that the school was offering it in the city, too. “Being in St. John’s was more practical for me,” she says. Now living with her sister, Broek’s costs have been cut substantially. “There are a lot more options available than in Grand Falls . . . There’s a better opportunity to get a job.”

Due to rising demand for industrial-trade programs, the college is making its Bay St. George campus in Stephenville, on the island’s west coast, a centre for heavy equipment training, which includes mobile-crane operator, heavy-duty equipment technician, truck-transport mechanic and commercial driver. That, in turn, encourages enrolment.

The board of governors has approved $2.5 million in support, with another $250,000 for upgrading classrooms, workshops and offices, which will allow them to take in an additional 250 students.

FILED UNDER: College of the North Atlantic Colleges Guide 2016