Singer Sarah Mark got a superboost from a special music administration program. At a young age, she’s going into the industry with her eyes wide open. 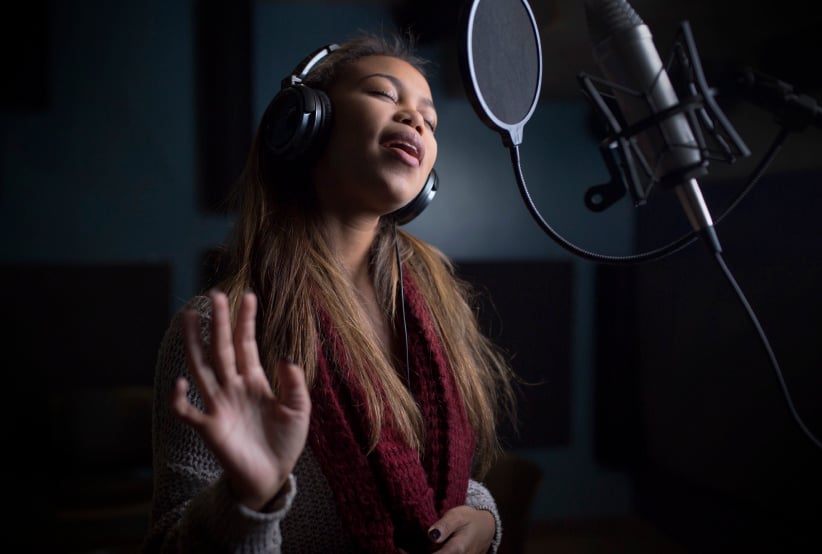 High note: ‘I’m just like anyone else who ever had a dream,’ says Mark, 18

Sarah Mark didn’t realize just how much she had learned in college until she got her first Top 40 hit on the radio. Granted, she had barely finished college when that happened.

Her debut single “Tun Up,” a jaunty R&B summertime pop anthem, started getting serious airtime on Canadian radio stations just as she was graduating from Durham College’s music business administration program in June 2016, the song quickly turning into a Top 40 hit in Canada. “I don’t know if I’m going to get another shot at this, so I want to make the most of it,” says Mark, who is only 18 years old. “I’m just like anyone else who ever had a dream.”

An international student from Trinidad and Tobago, Mark was encouraged to enroll at Durham, 40 minutes northeast of Toronto, by her manager. “When I finished high school, I wasn’t sure I wanted to go to any colleges or universities,” she says. “A lot of programs were more focused on instruments and performing. There just weren’t any that appealed to me.”

You might expect to find an aspiring singer-songwriter studying music theory rather than music administration, but Mark sees the benefit of being proficient in all facets of the industry. “[The program] seemed very contemporary and focused on the business side of things,” she explains, “which is something an artist should be. You’re a step ahead if you have the business side.”

Lovisa, who has a sense of fun, recently teamed up with Mark to film their version of “Carpool Karaoke,” a popular segment on CBS’ The Late Late Show where the host, British comic James Corden, invites celebrities to sing in his car. In the video, Lovisa drives Mark around suburbia in a Chevy Volt, while the two blast “Tun Up,” and sing along gleefully. “I’m a guitar player, a bass player,” Lovisa confides. “Ever since high school I’ve had garage-type bands.”

“I told him he could join my team when I start touring,” Mark says with a laugh.

Mark may be the latest Durham College alumna to make a splash in the Canadian music scene, but with 75 students accepted into music administration every year, she’s far from alone. “We have alumnae in the front and back end of the business,” Lovisa says. That includes artists such as the band 20 Amp Soundchild, but also tour managers, producers, venue operators, and the like.

Connecting students with the practical skills they need to be successful begins with faculty who are active and well-respected in the industry. “We also bring in part-time faculty,” Lovisa adds. “It helps keep us current.”

With one single already out, and another tune, “Misunderstood,” about to be released through Universal Music, you might think Mark’s classroom days are behind her. But after completing her two-year diploma, she’s back at Durham College to take the optional third year of the program—music business management.

“She’s had early success,” Lovisa says. “But for her to come back tells us the importance of the program.” Wherever that success leads, Mark won’t be one of those celebrities who gets ripped off, a common problem in the music biz. “We do an industry math course, and one of the things it covers is royalties,” she says. “People ask if I get paid every time my song is on the radio. Yes, I do. ‘How much do you get paid?’ Here, I’ll show you.”