The Bahamas and P.E.I. have a special bond: A shared tradition of seafaring 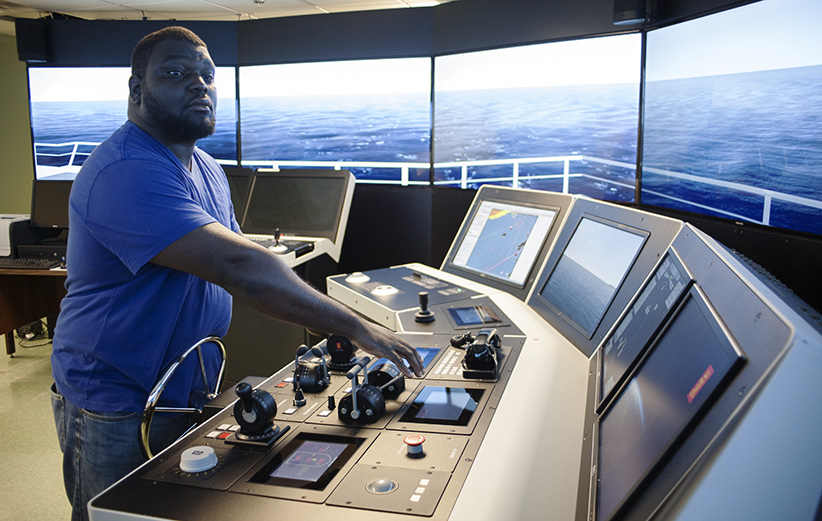 Despite thousands of kilometres of ocean separating Prince Edward Island and the Bahamas, the allure of a marine education and a shared nautical ancestry has built a bridge between the two island communities.

P.E.I.’s Holland College first began angling for Bahamian students in 2004 as part of a joint effort with the Bahamas Maritime Authority. The object? To train Bahamian youth so they could work on vessels like tugboats and bulk carriers anywhere in the world.

Michael O’Grady, the college’s vice-president of innovation, enterprise and strategic development, says the size and feel of Canada’s smallest province evokes a sense of familiarity with Bahamian recruits.

“We like to say we are more alike than we are different, culturally,” he says. “There is a basic understanding among islanders of the challenges and opportunities of living on a island. You appreciate the importance of your surroundings and sea-faring traditions.”

While many programs offer hands-on, real-world exercises out in the North Atlantic ocean, its Summerside-based marine training facility comes equipped with a $7-million ship simulator “so real,” one instructor boasts, “people actually get seasick on it.”

Just under 150 Bahamian students are enrolled at the college today, roughly a fifth in a marine-related program. It’s a popular field, given the island nation’s rich maritime heritage and the fact that it boasts the fifth-largest ship registry in the entire world.

“I’m pretty certain this puts us in a position of having more Bahamian students than any other college and university in Canada,” says O’Grady, adding more than 250 students have passed through the marine centre’s international accredited programs. “On any given day, there is probably a Bahamian graduate of Holland College sailing on every ocean on the globe.” Dudley Martinborough, a former cargo shipping executive who now oversees the Bahamas Maritime cadet core and has travelled to P.E.I. on three occasions, calls the Holland College partnership “absolutely first-class.” The link between the two islands is a vehicle for aspiring Bahamian sailors to become internationally qualified and proves the shipping industry beyond its borders is thriving.

“We let these kids know that if they apply themselves and learn their lessons, they can make a good living,” the 73-year-old says. “A master mariner is a pretty well-paid boy.”

Jaharad Greene is only six exams away from achieving the prestigious title, a qualification that will allow him to serve as captain of any commercial vessel in the world. His nautical journey began at Holland College in 2007 through its bridge watch certificate program, where he learned the basics of working as a deckhand. Several years of study and at-sea work later, the 26-year-old is looking forward to returning to the Bahamas as a captain.

“My grandfather was a fisherman back in the day and I am the only grandchild that went back to sea,” he says. “Once someone knows you are a sailor in the Bahamas, there is a brotherhood that can’t be broken.”

For many students, attending school in P.E.I. will mark their first time away from the Bahamas, let alone living in a non-tropical climate. Cooler temperatures, snow and the changing of the seasons are just some of the Canadian differences that students relay to friends and family back home. The marine training centre’s top instructor, master mariner Steve MacFarlane, recalls how the weather caught the school’s first batch of Bahamian students off guard.

“Back in the program’s first year, the semester started in August and ran until Christmas. It was cool, foggy and misty one evening when the kids asked us: ‘Does it gets any colder than this?’ ” he says with a laugh. “After that, we started the programs a bit earlier in the summer.”

Holland College deckhand graduate Gyles Neymour returned to the school this year to pursue its year-long commercial diving program. The 18-year-old says the only downside of his previous study experience was “graduating . . . because everyone was sad about leaving Canada.” Now he’s looking forward to learning skills he will need to work in the offshore oil and gas sectors. “Regular construction isn’t as fascinating compared to diving­—it’s a whole new world and you need to have guts,” he says. Canada’s eastern shores will give him an extra challenge, he adds, because it’s not “as clear” compared to his hometown of Nassau, Bahamas’ capital city. “It’ll make the work harder, but it’ll also make me a better worker,” he says.

Word is spreading, and Bahamian students are coming to the college to learn much more than how to sail the seven seas, however. Luke Ignace began studying theatre performance at Holland College two years ago. Since then, he’s made P.E.I. his second home, as a student and a residence adviser in the school’s dorms, and as a youth leader at his local church. “I didn’t have the best grades but I had faith,” the 22-year-old says of his academic career. Back in Grand Bahama, “the focus is on sport . . . many of the people there haven’t witnessed theatre in the grand scale as it is here.” Charlottetown’s thespian community has filled that void. Earlier this year, the college awarded Ignace $3,000 to stage the first full theatrical production in its new performance hall, a rendition of Monk Ferris’s comedy This Must Be The Place. After graduating in 2016, Ignace enrolled in the college’s business administration program so he can one day open his own religious theatre company. “It’s a great thing when one not only is a part of, but also knows the business,” he says.