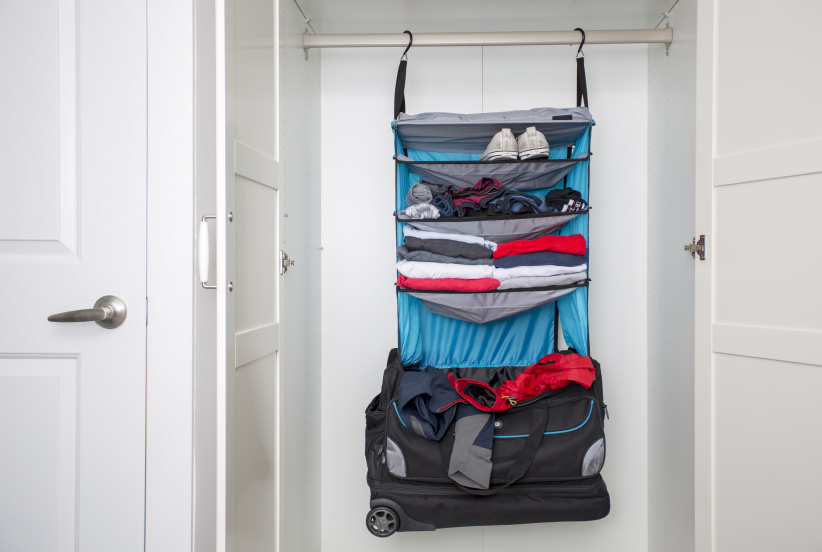 Humber College graduate Lee Renshaw and his brother, Sean, started their business in their underwear.

The two appeared on CBC’s Dragons’ Den in 2012 and greeted the show’s judges wearing only boxer briefs. They wanted to show how their collapsible Rise & Hang luggage “shelves” could keep clothes neat in a weekender bag—and they did so by dressing themselves in front of the cameras.

“We thought we’d be eaten alive, to be honest,” says Lee. But the brothers won the judges’ approval and closed a deal for $100,000 in exchange for 40 per cent of their business.

Lee had created a prototype of the bag’s built-in storage system while studying industrial design at Humber College. The idea came to the Kitchener, Ont., native while couch-surfing at friends’ homes to avoid the Toronto commute. He wanted a way to keep his clothing organized, and realized he had an idea for a business.
The brothers sold out of their initial 4,000 bags a few months after the Dragons’ Den episode aired; they sold 50,000 units this year.

Each year since their appearance on the show, the now self-funded project has seen a two- to three-times growth rate, although the brothers also struggle with running out of stock each year. They expect to make $2 million by the end of 2016.

“Like our dad told us, you should always plan for success,” Sean says.