‘Inverted leadership’ is the order of the day, where teachers step down and students rise to the top 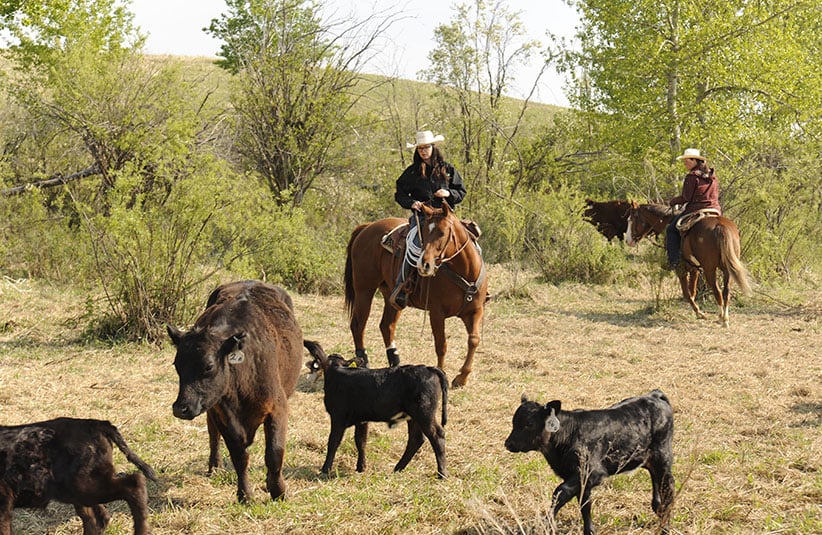 It all started with the cutworms. The moth larvae masticated through the tender young cellulose—even before the canola broke the surface of the soil. “In the spring, LC 14 got hit,” says Braeden Crone, a second-year student in Lakeland College’s crop technology diploma program. LC 14 is the biggest field, and the cutworms were merciless—the destruction total. “So on June 7, they reseeded it again,” says the young man, explaining that canola’s longer growing season pushed harvest later into the fall. As the general manager for the student-managed farm, or SMF, Crone leads a 35-person team of “croppers” that runs a 1,000-acre outfit at Lakeland’s Vermilion campus.

The late seeding on LC 14 meant the crop wasn’t ready for swathing (cut and laid into rows on the field) until the end of September, when it’s then left to dry out. That’s when the rain hit. And after the rain, a big snowfall over the Thanksgiving weekend. “There’s 130 acres and we’re banking on 50 bushels an acre. So probably 6,500 bushels sitting out there on the field,” he says. The crop has a value of about $65,000.

Stop and think about this for a moment. Braeden Crone is running this team and this huge responsibility and he is the grand old age of 19.

It’s all part of inverted leadership, a philosophy for learning that Lakeland instills from the top down and the bottom up. Ask Lakeland’s president, Alice Wainwright-Stewart, about the concept and she paraphrases Confucius: “What I hear, I forget. What I see, I remember. But it’s what I do that I really understand.”

Giving students the keys to run big-budget businesses provides a tangible and direct way to apply their knowledge, bonds them together as a team and offers myriad opportunities to connect with industry. The croppers, for instance, vote on when to swath, combine and sell their grain.

“We couldn’t stand up in front of a class and mimic this,” says Josie Van Lent, dean of agricultural science, describing the challenge the croppers face with the early snowfall. “There is a great learning opportunity as this situation is very common this year across the Prairies.”

For instructors, inverted leadership can make teaching messier and more time-consuming. “You have to be able to pass on the reins,” says Wainwright-Stewart, who began her career at Lakeland 30 years ago as an instructor in the early childhood program. While students get leadership experience and hands-on practice, instructors step back into adviser and mentorship roles. Grading gets more complicated as traditional reports, essays or multiple-choice exams are swapped for bigger picture goals achieved as a team.

Created in 1990, the crop farm was Lakeland’s first student-managed program, but on the agribusiness side there are now dairy, beef and sheep SMFs. The concept has since spread throughout the college: early learning and child care students were inspired to create a biannual play program after completing an assignment on toy selection. At the Lloydminster campus, there is a student-run esthetician’s lab and a student-run integrated power plant, where second-year heavy oil power engineering students work in teams to produce electricity for the campus grid. The Emergency Training Centre includes battalions of student firefighters who respond to incidents at simulated sites. Lakeland’s latest student-run operation is an environmental consulting office, which will provide groundwater monitoring for campus well sites.

“I joke with my fellow deans that the students think they own the place and run the place, but they really do—and we love it,” says Van Lent.

The crop SMF is a second-year course and part of the curriculum for the crop technology diploma program. Students split up into teams and take charge of different aspects of running the farm, such as production, operations, finance, marketing, research and public relations. Each team provides a report at the Wednesday morning general meeting. Lately, snowed-in canola has dominated the agenda. The marketing team, for instance, is researching the cost of getting the canola dried if it comes off the field a little tough (high in moisture). “You can get a million different people’s advice,” says Katie Krupa, communications coordinator for the student-managed crop farm, “but at the end of the day it’s our operation—it’s our call.”