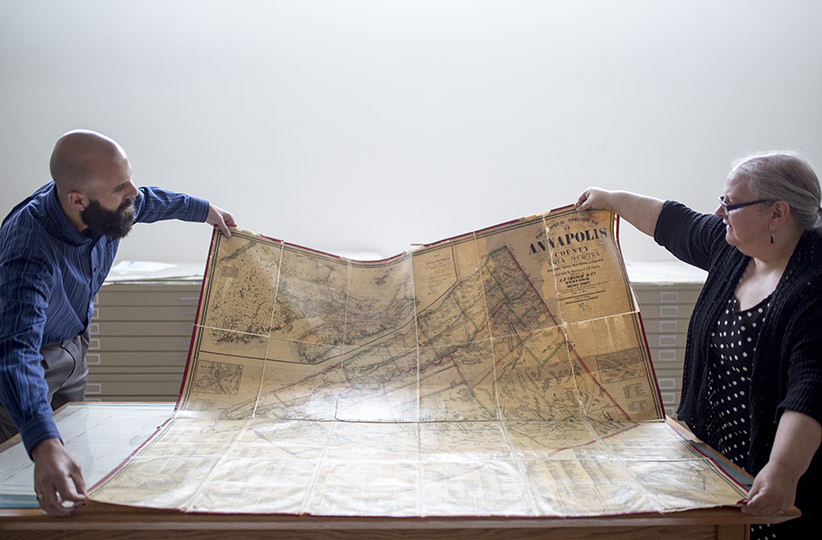 Treasure trove: The collection documents Canadian history, as the country changed hands from France to Britain

Students at an Annapolis Valley campus of the Nova Scotia Community College have a leg up when it comes to studying local history, geography, and politics. The campus is now home to the W.K. Morrison special collection of antique maps, atlases, and cartographic books, dating back to the 16th century.

Morrison, cartographer emeritus at the college’s Centre of Geographic Sciences in Lawrencetown, taught from 1966 to 1985. Upon his death in 2011, he bequeathed his $600,000 collection of more than 2,000 maps to the library. The oldest is a map of the Mediterranean from 1545. “It’s an amazing gift,” says librarian Trish LeBlanc.

Maps of Halifax begin to pop up in 1749, the year the city was founded. Those maps, along with the rest of the pre-18th-century finds, are gorgeous treasures. The thicker, hand-made paper curls slightly at the edges and has a creamy finish. LeBlanc says you can see the roughness and detail of the maps, even when encased in Mylar.

It’s her job to help students use the documents for class projects and assignments. She starts by showing the geopolitics of the area. “In the early part of the 18th century,” LeBlanc explains, “you can see that the French continued to use the word ‘Acadia’ on maps in conjunction with Nova Scotia.”

The college is in the midst of transferring the vast collection online. It’s slow work, as many maps are buried inside thick books and atlases. Staff must scan and upload the documents one at a time. There are nearly 400 maps on the site now, but LeBlanc hopes to finish the project over the next two years.

“I’m really lucky to be able to be its caretaker,” she says.