Meet the iTClamp: Designed at Red Deer College’s Centre for Innovation in Manufacturing, it could go a long way toward saving lives on the battlefield. 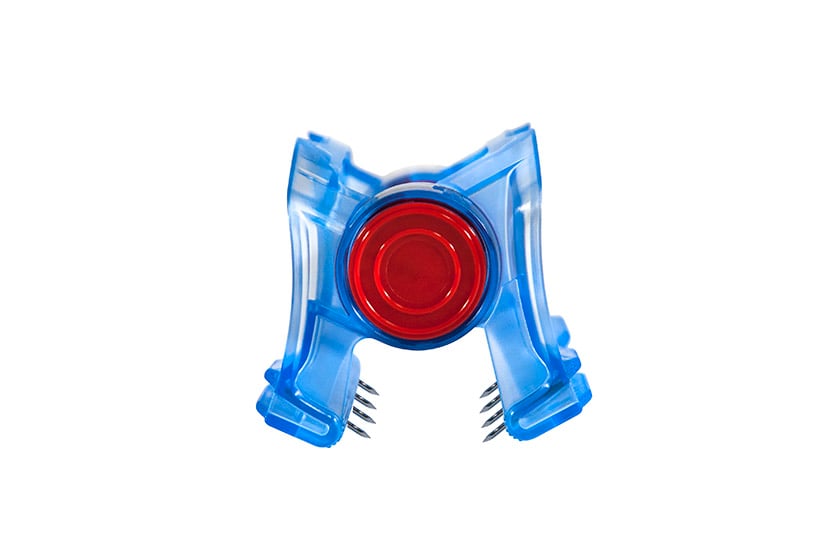 If 20 years as a combat surgeon in the Canadian Forces taught Dr. Dennis Filips one thing, it’s the importance of controlling blood loss on the battlefield so injured soldiers can be transferred to a safe place for treatment. “In the trauma world, once you get to a hospital, there’s a 98 per cent chance you’re going to survive,” says the doctor, who has done five tours in Afghanistan, Bosnia and the Golan Heights. “It’s that pre-hospital environment, where you don’t have good tools, where most of the mortality occurs.”

When Filips retired in 2008, he made it his next mission to invent a medical device to control severe bleeding. He co-founded Innovative Trauma Care and began working with Red Deer College in Alberta on developing the iTClamp, a two-inch plastic clasp that pulls together the edges of a wound and seals it using short suture needles and springs. The tool was developed at the school’s Centre for Innovation in Manufacturing (CIM) using $4.2 million worth of high-tech prototyping machinery, in consultation with engineering and technology researchers. The most recent version was completed just a few weeks ago. “We’re hoping [iTClamp] will get widespread military adoption very soon,” says Filips. In the meantime, “we’re going to continue to develop our hemorrhage-control technologies.”

Work will continue at CIM, too. Since it opened in 2008, the centre has turned into a creative and scientific hub for students, academic researchers and entrepreneurs to develop new products and services. A slew of inventions have been conceived, mocked up and refined, including a medical device to alleviate snoring and sleep apnea, and an implant to repair ligament damage in dogs. For Joel Ward, president of Red Deer College, the success of these companies can reward the school, too, even though it doesn’t take an interest in their intellectual property. “Our business model is, if you’re successful, we’ll come knock on your door and say: Maybe you can give a donation to student scholarships.”

Students have a lot to gain through CIM; engineering technology students complete their capstone projects using the 3D modelling and prototype equipment, and they may enter a design competition, as well. Some even work with companies on projects. “Students get an opportunity to interact with business and industry. They get an experience for their resumé. They get to use technology, and apply what they’re learning in a real-world sense,” says Ward. “And often, business and industry will take a look at students and say, ‘Maybe this is somebody I’d like to work for me at my company.’ ” It’s a model worth replicating.