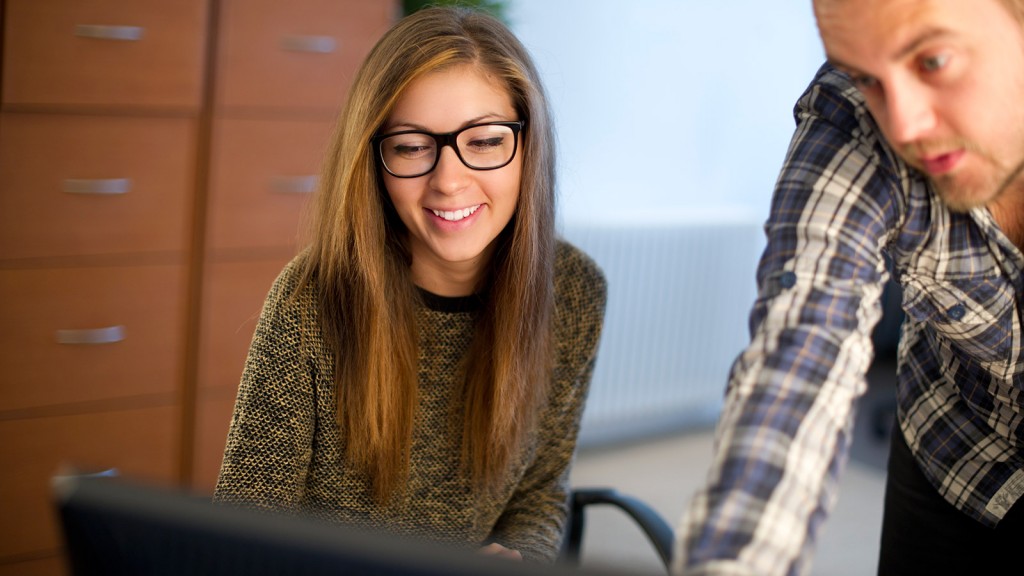 Kennedy Longley, a graduate of Mayfield Secondary School in Caledon, Ont., considered doing a diploma at a college this fall. She was attracted to the hands-on courses designed for her career goal: working for a child welfare agency.

But she nixed the college plan because she doesn’t want to limit her options. Her father assumed that meant she would take sociology at York University, where her brother goes to school. Instead, she signed up for Family and Community Social Services at the University of Guelph-Humber, a small but growing school housed in its own building at Humber College, not far from York. The program sounds custom-made. It comes with 850 hours of work experience and, like all Guelph-Humber programs, will give her both the college diploma and the university degree she wants in just four years.

Unlike many traditional bachelor’s degrees, all seven of Guelph-Humber’s programs—which include Media Studies, Justice Studies and Psychology—are career-focused and come with work experiences that boost the chances of getting entry-level jobs after school. Unlike the applied degrees offered by Ontario colleges, which are great at producing job-ready graduates but lack the reputation of a high-quality research university, degrees from the University of Guelph allow them to go on to graduate school or law school, if they so choose.

Ken Coates, a history professor at the University of Saskatchewan and author of the book What to Consider If You’re Considering University, thinks there are too many students in traditional universities, and more should go to colleges and hybrids like Guelph-Humber. He points out that large numbers of students spend four years doing university, then two or three doing college, just because they can’t find a good job. “I always find that’s a very expensive option,” he says.

Hybrids aren’t always popular. Three “university-colleges” in British Columbia that offer a mix of diploma, degree and transfer programs disliked the title so much that they pleaded with the province to be renamed “teaching universities,” which offer degrees but don’t do much research. Since 2008, they’ve been called the University of the Fraser Valley, Kwantlen Polytechnic University and Vancouver Island University. They’re widely recognized as faster routes to jobs, but their degrees are sometimes seen as second-rate. As Coates points out, it doesn’t help that the students who are most successful in the first couple of years of their programs often transfer to research-intensive universities such as UBC.

Guelph-Humber has found the right formula, as far as students are concerned. Dina Zayed just finished the Media Studies program and enjoyed the fully integrated mix of applied and academic, which included everything from ethics to editing. She thinks having both credentials plus an internship at a radio station will help her land a better job. It already helped her get a marketing gig representing major brands at events. While she still hopes to find something in broadcasting, at least she has a foot in the door to a fall-back career.

Longley’s cohort just gave the school a big vote of confidence. Among students heading to universities straight from Ontario secondary schools this fall, 19 per cent more have confirmed that they will attend Guelph-Humber than last year (an increase of 182 for a total of 1,130) compared to a three per cent drop in confirmations province-wide and a 10 per cent drop in confirmations at York. York is still much bigger, with 6,170 first-year students, but it’s a trend: Guelph-Humber’s confirmations are 44 per cent higher than they were in 2010; York’s are nine per cent lower.

Guelph-Humber’s success in attracting students should be carefully considered as Ontario sifts through 27 proposals it will receive in September from universities that want to add big capacity.

Among them will be a pitch from Guelph-Humber for an expansion from about 4,400 students to about 10,000 by 2024. That would require an additional building and creative options, such as extending the school year through the summer. The expanded campus would bring new programs in things such as business and financial services, health and wellness, communications and IT, all of them geared to the demands of the local economy. President John Walsh explains the appeal: “You get into the workplace faster, you have more job-ready skills and you haven’t sacrificed anything out of the quality of a university degree.” He also notes that it brings down the total cost of education for students and taxpayers alike.

Another of the pitches deserving attention is one from York, which will propose a major expansion of its partnership with Seneca College that allows students to complete college and university credentials in less time than usual. York wants to build a new campus in Markham, Ont., that, like Guelph-Humber in Toronto, would be responsive to the economic needs of York Region—a region without a university campus, despite a population the size of Saskatchewan’s (1.1 million and counting). Rhonda Lenton, York’s provost, says it would offer programs that have what they call “unmet demand” (more students want to take courses than they have room for) on its Keele campus, possibly in criminology or business, and would house new programs, too, such as a Bachelor of Design in Interactive Media. “The idea there is to bring together the strengths the college might have in digital media, but also the strengths a York degree brings, such as critical thinking,” she says.

It sounds as though Guelph-Humber and York University are listening to students who say they want university degrees plus college credentials—and want them fast. One hopes Ontario will listen, too.