Raising a pint to history 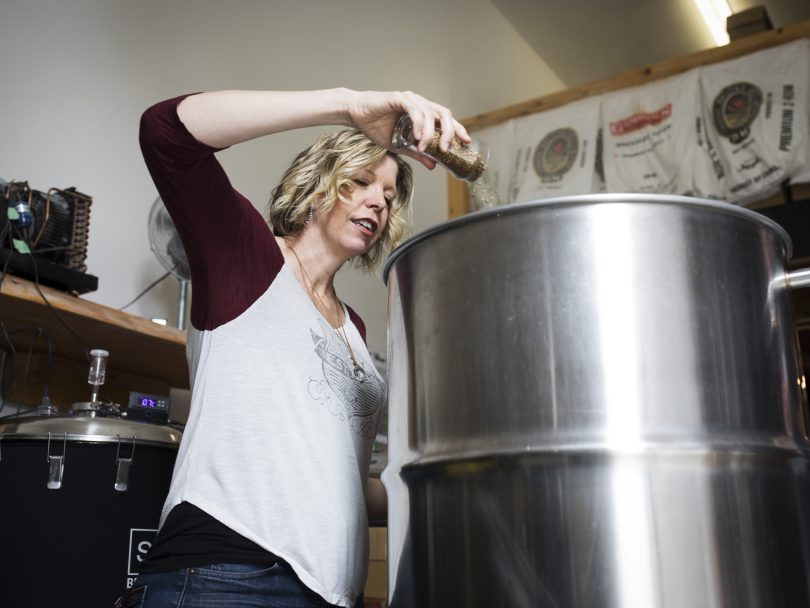 Marie Hopwood adds fresh coriander to the Midas Touché as it brews at the Loveshack Libations, in Qualicum Beach, on Aug. 11, 2019. (Photograph by Melissa Renwick)

Marie Hopwood, a professor of archaeological anthropology at Vancouver Island University in Duncan, B.C., focuses her research on food and alcohol in the Biblical past. It’s a small niche, but Hopwood has found an unusual way to bring the material to life. She creates beers—with names like Midas Touché, Odin’s Eye, and Chosen Chicha—based on ancient recipes. That is, from around 5,000 years ago.

“I found myself out here on Vancouver Island and wanted to make what I do not just mildly interesting, but to grab the attention of my students and people in my community,” says Hopwood. “To make the past relevant and exciting, I thought I would focus on beer!”

With Midas Touché, the team’s ﬁrst antiquity-inspired ale, Hopwood and former pupil Melissa Ayling came up with a mix of flavours from research into Mesopotamia and Egypt. The recipe includes grains like kamut or spelt, honey, saffron and coriander. “We combine modern brewing techniques with flavour profiles from archaeological research that we conduct,” Hopwood says. “Dave [Paul, her brewer] uses his artistry to make something that’s not only ancient-inspired, but absolutely delicious.”

READ: Why buck-a-beer failed before in Ontario—and why it likely will, again

In the competitive market for craft brew, does it sell? Well, their efforts have been wildly successful, with each new batch selling out so quickly that the team has had to scramble to rebrew. Their series of ales is available at the LoveShack Libations brewery at Qualicum Beach, as well as the Discovery Room—an on-campus restaurant staffed by VIU culinary and hospitality students. A batch makes 200 590-millilitre bottles that sell for $7 each. “They have become so popular that people are limited to buying six bottles per visit to the brewery. In July, when we released our Inca-inspired chicha, it sold out in a week,” says Hopwood.

Beer is one of the oldest known beverages in human civilization. The earliest records of it were found on cuneiform tablets from Mesopotamia, and according to Hopwood, it’s an open debate whether grain was ﬁrst domesticated to make bread or brew beer. Archeological anthropologists can reconstruct ancient beer recipes by studying written records or by doing residue analysis on drinking vessels from archaeological sites.

Ayling, who is taking a year off but hopes to continue her research in the anthropology of food and alcohol at the graduate level, says her interest was sparked by Hopwood’s passionate lectures. “There was this cool new professor who kept talking about food . . . and how we can use it to put faces on the past and connect to ancient peoples,” she says.

Truly authentic replications are not the project’s aim, since the team wants the ﬁnished products to appeal to modern palates. Further, grain processing and fermentation methods practised by ancient brewers are not quite up to modern hygienic standards. Fermenting beer in open containers was common practice; the ﬁnished drink was often consumed from the same vessel in which it was fermented; and some of the ways ancient people broke down grains for brewing are downright unseemly to today’s drinkers.

For instance, the most recent brew—Chosen Chicha—was informed by the study of the Aqllakuna, a high-ranking collective of Inca women who brewed beer for Peru’s elite. The Aqllakuna women chewed handfuls of corn to break down the starch and release its sugars, dried the chewed corn in the sun and then left it to ferment with water and botanicals in an open container.

To create a modern version of ancient Peruvian chicha, Paul grinds purple Peruvian corn with a brick, extracts its sugars with the help of enzyme-rich pineapple juice and ferments it with agave, strawberries and allspice. It’s signiﬁcantly less sweet—and more hygienic—than the original variety, but it pays homage to its origins.

(Hopwood and Ayling say this brew is also meant to honour the role of Inkan women.) 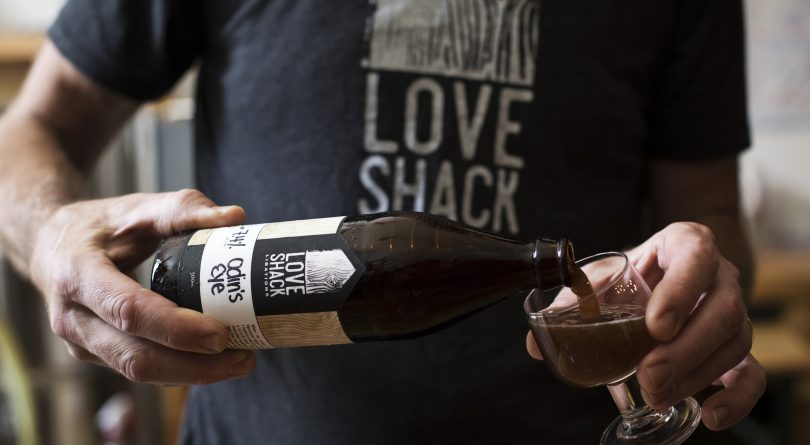 Dave Paul pours a sample of the Odin’s Eye, one of the ancient inspired beers, in Qualicum Beach, on Aug. 11, 2019. (Photograph by Melissa Renwick)

Before Chosen Chicha, there was Odin’s Eye—the team’s answer to Viking grog. Consisting almost entirely of Canadian ingredients, the recipe incorporates berries, honey, birch syrup and bark, botanicals like yarrow and meadowsweet, and deeply roasted malt. Vikings and other ancient societies used herbs and botanicals in place of hops to preserve their beer and add bitterness—hops weren’t used in beer brewing until about the ninth century CE. Odin’s Eye, light and fruity, has great depth from the malt, as well as sourness from lingonberries and birch bark.

The team plans to rebrew all three beers and is also developing a new recipe inspired by hymns dedicated to Ninkasi, the Sumerian goddess of fermentation and beer.

READ: Who will stand up for Canadian beer drinkers?

“In one of the hymns found on cuneiform tablets from Uruk [city in Mesopotamia], there’s a poetic description of how they brew beer. What Melissa and I are doing now is trying to go through that hymn and ﬁgure out how we could recreate that method,” says Hopwood.

Hopwood says she has no plans to extend distribution outside Vancouver Island at this stage, but hasn’t ruled out the possibility. In the meantime, the team is planning to hold a tasting event in fall 2019, as part of a celebration welcoming VIU’s new president and vice-chancellor Deborah Saucier. Hopwood is also collaborating with another student on a graphic novel that will explore the archaeology of beer.

Her passion is obviously contagious. As Ayling says about combining ancient culture studies with practical application: “I may never go to their homeland, but I can experience their lives just a little bit.”