It's human to procrastinate—and it shouldn't be confused for mere laziness. But it’s important to remember: it's never too late to ask if it’s too late. 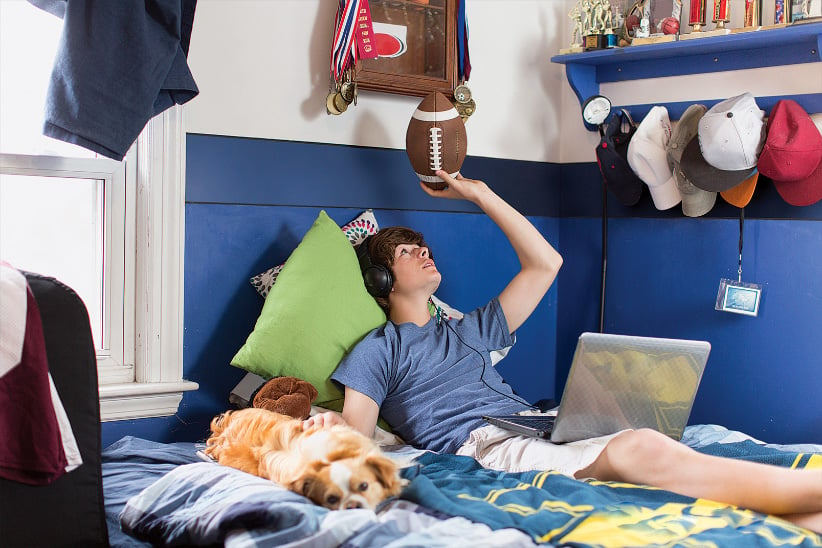 Sophie Kelly’s last day at high school was full of all the usual nostalgic sentimentalities. “All my friends were posting, ‘I’m going to miss you so much! Have fun at Queen’s or Western or wherever!’ ” The 18-year-old from London, Ont., felt distinctly excluded. “All I thought was, ‘Oh, I’ll just be here again.’ ” Though her arts school had reminded her of the Ontario-wide university application deadline in January, Kelly had flip-flopped between arts and medicine, enthusiastic about both, but the deadline came and went and she applied for neither.

Every year around this time, prospective university students slave over applications to their preferred programs and schools. In Ontario, almost 90,000 bombard the Ontario University Applications Centre (OUAC) in Guelph with a total of 480,000 applications by the end of January. A few keeners submit early, the majority will apply in the few days leading up to the deadline, and the rest wait until the very last minute.

Luckily, the centre is prepared for the procrastinators. “They’re high school students; they’re going to leave it to the last minute,” says spokeswoman Deanna Underwood, who stresses that graduate students are no better.

All humans do it, says University of Calgary psychology professor Piers Steel, “and yet nobody quite procrastinates like young adults do.” For that, blame the brain. “Procrastination is the interplay between the limbic system—what feels good here and now—and the prefrontal cortex that cares about the future and the abstract,” says Steel, author of The Procrastination Equation. Applying early would be a wise plan formulated in the prefrontal cortex, but the limbic system suggests it’d be more fun to surf Twitter. “You want to do something and simultaneously don’t want to do it—two systems playing against each other,” explains Steel, adding that the teen brain is still growing up to the early twenties. “Last to develop is the prefrontal cortex, so sometimes that voice just isn’t yet strong enough.”

It can be tempting to fall into stereotypes about teens as irresponsible, unfocused and immature, but it’s not so simple. “Procrastination is never just laziness, even if it sometimes looks that way,” says Mary Frances Fitzgerald, a retired Edmonton guidance counsellor who spent 18 years at high schools big and small. “Most kids are somewhere in the middle, but I’d guess 15 per cent of kids have a plan and are ready—they don’t even need talking to. About a quarter need to be reminded and pestered and re-pestered.”

RELATED: Inside your teen’s scary brain

Hardcore procrastinators usually fall into two camps, she says. Some students just aren’t ready. “Those students often do well to take a year, or two or three, to explore the work world and decide what they’re really looking for.” Others have so many choices, they have a hard time choosing a program. Used to excelling, they deeply fear missteps. “They’re often operating under the myth that if they choose and change their mind, that’s a failure,” says Fitzgerald.

Sophie Kelly was a bit of both. A well-rounded student with a 93 per cent average, the options were daunting. “I thought this choice would determine my marks, which would determine my job, which would determine my income, which determines the rest of my whole life,” she says. “The truth is, I was scared and overwhelmed, but instead of saying so, I just said, ‘Forget it, I’m not going.’ ” Kelly’s mother supported her decision. “I thought not applying was a mistake,” says Leslie Garrett, “but I also think by the time kids are this age, we need to get out of their way. It’s not our job to make it happen for them.”

Parents should resist the urge to micromanage the application process, which is common. Dalhousie requires a declaration that all information is filled in by the applicant. As education costs climb higher, parents have a larger stake in their kids’ success, but “too much parental involvement gets problematic very soon,” warns Dalhousie registrar Adam Robertson. “We want students to do the soul searching and make these decisions themselves and apply for all the right reasons.”

Still, students shouldn’t panic if they miss a deadline. Instead, pick up the telephone, like Kelly did in August when she decided she was ready for university after all and wanted to study environment and urban sustainability at Ryerson. With the help of the dean of admissions and program manager, they worked some magic and found her a spot. Despite all the procrastination in the world, says Ryerson registrar Charmaine Hack, “it’s never too late to check if it’s really too late.”