Toronto poet and novelist Lynn Crosbie takes an aptitude test, which suggests a career as a . . . cleric? 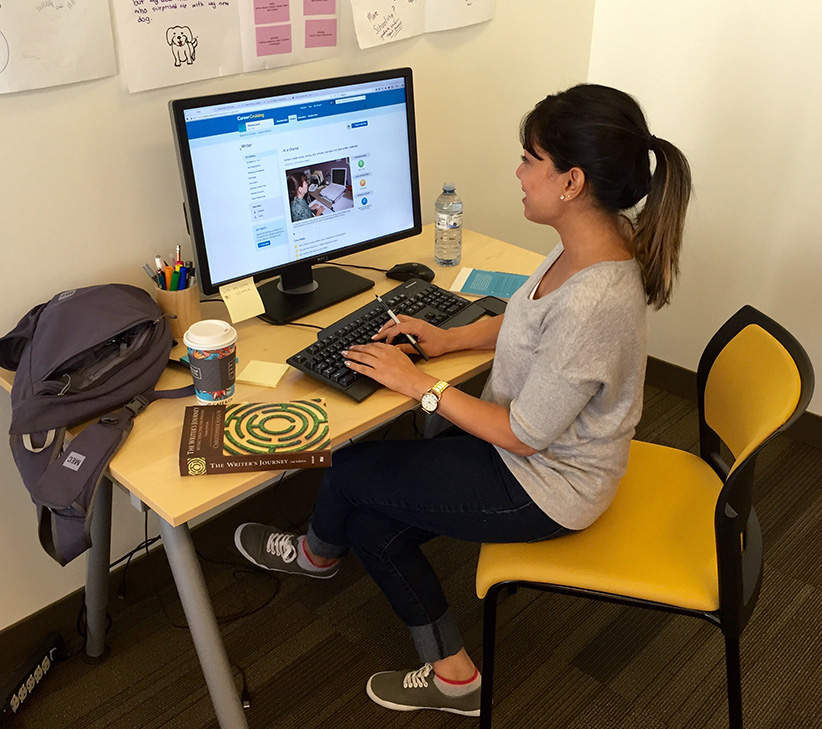 You are 17, and starting your last year of high school.

You are smart, but not a prodigy, vaguely excited about post-secondary education, unlike your parents who are zealots on the subject of what it costs (them) and what it will cost you (not to attend). You float the idea of college past them, and they start waving their feelers and shrieking.

Try telling them you feel like kicking around for a few years, nailing your skateboard drills, or performing on the street as a life-sized puppet. Watch the term “myocardial infarction” really come to life.

You have already been to see Mr. Wheezy, the powdery old guidance counsellor, who has stared morosely at your transcripts, disdainfully reviewed your extracurriculars (“Yoga, drawing, music, hydroponic gardening”) and ultimately asked you the question that shrill aunts and total strangers have been asking you your whole life: “What do you want to BE (when you grow up)?”

You did not grow up feeling drawn, like a snake to a charmer’s hypnotic pungi, to a specific field; you are not compelled to play violin or basketball until you drop; your idea of the Big Picture is moving out of your stifling room and into a cool apartment filled with tasseled velvet pillows, an inflatable dinosaur sculpture and a wall of speakers.

Yet, you have resources. You are creative and intelligent; you have style and strength; you’ve never missed a tipping point; and, when you are in the right mood, your charisma is as potent as Febreze.

And you know something important: If you don’t get it together this year and make a plan, you are going to ruin everything. It’s time to go online, and go Career Cruising.

Career Cruising is an “interactive career guide,” available in most Canadian libraries, and sold to schools as well, for $799 a pop. With over five million users worldwide, this thorough sweep through the process of self-scrutiny, options, plan-making, and action is a raging success.

Why? Let the website explain: “Because our program is impactful. How do we know? Because it helps people reach their potential. And because people tell us, like this school counsellor: ‘When students finally realize there are no boundaries, it’s fascinating to see their imaginations take off.’ ”

Try to ignore a system, predicated on developing heuristic algorithms, that claims to have “no boundaries.”

And let’s get going.

First, watch the series of dull-yet-informative videos of various gainfully employed farmers and lawyers and more: the subjects look uniformly uncomfortable, and vaguely depressed. I find this to be a chillingly accurate portrayal of what it is to settle into a lifelong job, which is less about your imagination taking off than shackles forming on your ankles.

Then, take your “matchmaking” tests. These are a series of questions about your interests, then your skills, designed to slot you into the job of your dreams. Please be forewarned that the questions are fairly outdated: nowhere, for example, was I asked if I liked to “spend all my time updating my social media,” one of the most important queries on offer these days.

I took two tests: one as myself, and one as myself at 17. In the first, I stated that I did not wish to go to university; in the second, I did.

As myself, the prospects are very grim indeed. The matches are graded from A-E, with A being a very good match, and E being a poor one. My prospective jobs were livid with Ds and Es (in bright-red ink) and my highest matches—artist, clergy, activist, sociologist—were still only Cs; that is, a “fair match.” My standout was a B for being a writer. This was uncannily accurate, barring my fallout with the Holy See.

Excited (I never knew I could make this kind of cash!) I checked out some jobs—the best thing about Career Cruising is that each job is linked to Indeed’s gargantuan website—and found a job writing for free, a deeply ambiguous ghostwriter position and a job writing essays for blithely cheating students.

This takes me to me at 17: remembering that I was more anxious to make a good impression at this age, and more open-minded, I made a series of new matches—with no significant difference! I was still given a solitary B (also as a writer), and a small constellation of Cs in the same areas and in fashion and the law.

When I was 17, I was in art school. Having, in a stroke of brilliance, decided to make money while doing what I loved, I switched from fine to commercial art. What followed was a harrowing year of drawing orthographic projections of multi-sided boxes, painting colour wheels and being derided for leaving fingerprints on my work by a martinet who liked to confide in us her plan for “separating the sheep from the goats.”

It would be years before I could draw in the margins of my notebooks, let alone complete a picture: if I had Career Cruised, I might have been able to better research what commercial artists do. Then again, had I made this match, I may have been even more intrigued by the talk of a big salary and the exciting confluence of finance and romance that is getting paid to do what you love.

In the end, it was a friend who saved me from designing corporate logos in crime-scene gloves. “Read Karl Marx,” he wrote me. “You are an artist, so be one. And get out of there.”

I ended up studying sociology, then English literature. After completing a Ph.D in the latter, I became, and remain, a professor and writer, whose income varies enough that I could make my own baleful video, while exulting also, as the writers do, about being my own damn boss, and doing—

Am I doing what I love?

It is a lonely, often desolate life.

One day, I looked through a diary I wrote at the age of 13. “I want to be a writer,” I had stated between gasps of self-loathing and boy-madness.

As with brown eyes, as with spatulate thumbs, we are, quite possibly, coded to do what it is we want and have to do.

If college or university (both have relative value), or skipping both and self-starting will get you there faster, then choose one. I have taught enough somnolent, texting, online-shopping meretricious students to know that post-secondary education (with a bill of over $40,000) is not for everyone.

And if I failed to set the academic world on fire with my thesis on suicidal female poets, I did exactly what I wanted to do: even Career Cruising grudgingly agrees with me.

As my supervisor said, when I considered quitting graduate school: “You may regret abandoning your work, but you’ll never regret finishing it.”

That’s the essence of any argument regarding your future, teenager, with the world ahead of you. Once you have decided what you love or cannot leave aside—whether that is live-tweeting extreme sports, designing pregnancy lingerie or saving what is left of the world—study and practice, until you are done.

And if the library computer is pressuring you to be a cleric when all you want to do is start a band, rent The Jazz Singer and be assured that “His triumph will make you cheer.”