Food-systems planners are playing a growing role in municipal policy 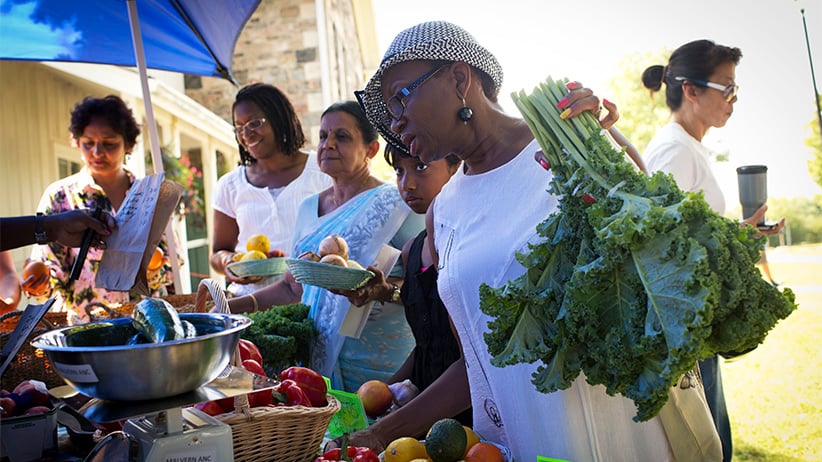 Thirteen years ago, urban planner Wendy Mendes was handed a landmark portfolio from the City of Vancouver after council passed a motion to create a just and sustainable food system. “People looked around and asked each other, ‘Do you know what this means? I don’t know what this means,’ ” she says. At the time, she was doing post-doctoral research in sustainability and urban agriculture, and that’s why the job fell to her.

Mendes—who has a bachelor of arts in comparative religion from the University of Calgary, a master’s in women’s studies from Simon Fraser University and a Ph.D. in urban geography from Simon Fraser University—was one of the first food-systems planners in North America. Though she worked for the City of Vancouver for nine years, she’s now an adjunct professor at the University of British Columbia’s school of community and regional planning, where she teaches a graduate seminar in urban food systems policy and planning. She’s also a research associate at Ryerson University’s Centre for Studies in Food Security in Toronto. “Food systems are actually one of the most ancient urban issues,” she says. Only in the past decade has there been a “renewed recognition of the legitimacy of food systems as an important urban system.” As rural depopulation, paired with the rise of mechanized farming, led to long-distance food transportation and refrigeration, it resulted in fewer food producers and a larger gap between urbanites and food sources.

Food-systems planning bridges that divide. From mapping out grocery stores in relation to public transit to ensuring there is a community garden at a new housing development, these planners work with all city departments to ensure good food is available and affordable for everyone.

While there aren’t many food-systems planners in Canada, the words are appearing in municipal government job descriptions, and it is prevalent in the non-profit sector. “Food-systems planners are ahead of where the field is,” says Vancouver-based planning consultant Kimberley Hodgson, who’s also chair of the American Planning Association’s Food Systems Planning Interest Group. “You have to be creative and think outside the box in how you can either integrate these food components into a regular planning job, or work perhaps not in a regular planning job, but bring the planning piece to that job.”

Hodgson features food-systems planners on the group’s website—including Mendes and Jaspal Marwah, a general regional planner for Metro Vancouver. Though it’s not in Marwah’s job title, a large portion of his work is dedicated to such planning. Recently, he helped develop a Regional Food System Action Plan for Metro Vancouver, which outlined how local governments could work together to build a resilient and sustainable food system. “[Food-systems planning] is very much a growth area at the municipal scale,” he says.

Hodgson, who has a background in pre-med, food policy and nutrition, eventually got a master’s in urban planning from Virginia Tech. “There’s not one linear pathway, there are multiple pathways to get to it.” That’s the beauty of an urban-planning degree. Marwah, who has a master’s in the subject from Dalhousie University, but an undergraduate degree in cultural studies and computer science from Trent University, says students can shape their degree around their interests. “If you’re interested in housing policy, you orientate your degree to housing policy. If you’re interested in food systems, you would explore that within your planning degree.”

Mendes says students usually have a background in planning, geography, environmental studies, public health, urban studies or public policy, but would-be food-systems planners must do their research. It’s “an emerging field that isn’t necessarily going to be represented in every program yet.”