Students are well served by the arts, business, education and science programs at Université de Saint-Boniface, but those who want to specialize have to leave the province. Trades training has been sparse, but MITT is changing that. 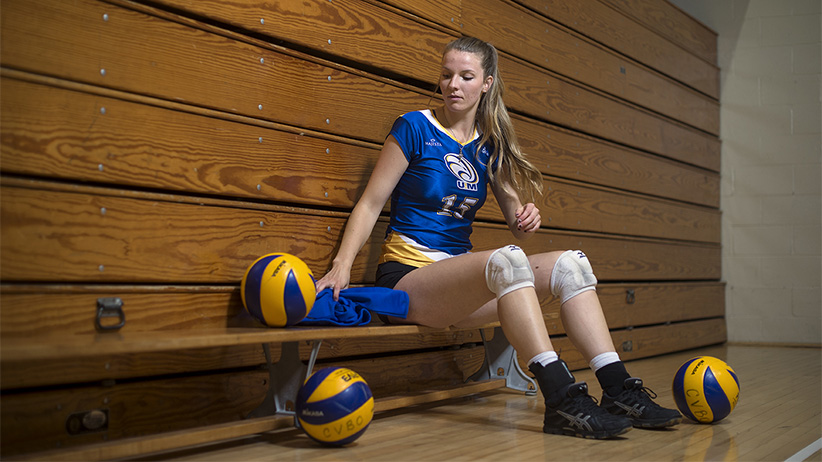 Born and raised in St. Claude, Man., Chantal Sorin was schooled entirely in French. When she was deciding where to go to university, she had only one option if she wanted to stay close to home and still take classes in her mother tongue.

Winnipeg’s Université de Saint-Boniface is a relatively small school of about 1,400 students that is well-known in the French community for its general arts and education degrees. Its program offerings beyond that, however, are limited.

After two years in a general bachelor of arts program, Sorin wasn’t happy, so she dropped out and took a full-time job. She knew she’d go back to university eventually, and she knew, like so many Franco-Manitobans who want a specialized education, that she would have to leave home when she did.

But when she left, she didn’t go to Ottawa or even Quebec; like a few dozen Manitoban students every year, she headed to New Brunswick. As Canada’s only officially bilingual province, it is home to about 230,000 French speakers representing 30 per cent of its population, the highest ratio outside of Quebec. Sorin, one of 30 graduates of Winnipeg’s Division scolaire franco-manitobaine (DSFM) who moved east last year, decided on the francophone Université de Moncton to study recreation management.

For French-speaking Manitobans interested in the trades, the situation has been even more dire: there isn’t a local French-language trade school, so many head to the Collège Communautaire du Nouveau-Brunswick (CCNB). For the past eight years, about 15 of those Franco-Manitoban grads have headed east to study to be electricians and carpenters, according to CCNB president Liane Roy. Computer coding classes are also among top picks.

In an effort to stem the tide, the Manitoba Institute of Trades and Technology (MITT) met with officials from the DSFM in 2012 to change the situation. That’s when Chantal Simard, director of French technical education at MITT, learned the DSFM had hired an Ontario-based firm that had recommended students go to New Brunswick for technical training as it was a bilingual province and had the programs in place.

That didn’t sit well with the DSFM or Simard. “We started to work together and said, ‘You don’t have to send your students to New Brunswick if you don’t want to. MITT will design programs and we’ll offer them in French.’ ”

In the fall of 2013, MITT rolled out a pilot program with 30 Grade 9 students, offering a high school credit for an intro to trades class, run entirely in French. The next year, the program was expanded to include Grade 10, adding 87 students. In 2015, 176 students enrolled. Going into the 2016-17 school year, the program has been so successful that French-language courses have been added that otherwise would have only been available in English at Winnipeg’s Red River College. The first cohort of students are entering their final year now, so the jury is out on how they’ll continue their education, but starting in February, MITT will launch full-time French certificate programs in electrical applications and carpentry. “We’ve found a made-in-Manitoba solution to the problem,” says Simard.

For students interested in a specialized university degree beyond arts and education, however, there is no such solution.

Alyssa Turenne, 21, is in her fourth year at the Université de Moncton on an athletic scholarship. The youngest of six, Turenne grew up in La Broquerie, an hour southeast of Winnipeg, and dreamed of playing university-level volleyball. In her last year of high school, she began to get recruitment offers, including some from U.S. schools. “Going from a small town to New York was not really what I wanted,” says the francophone student.

Both Turenne and Sorin found New Brunswick to be a good fit: the cost of living is cheaper than in Ottawa, and Moncton is smaller, so the shift was less jarring than going to Montreal. And at just over 100,000 people, Moncton is a lot more comfortable for kids coming from small Manitoba towns. It’s a friendly place, without the overwhelming big-city vibe. “I talked to a lot of people who went to school here years back, and they just loved it. And they kept telling me, ‘They’re a lot like us,’ ” Turenne says.

While students in traditional post-secondary programs are still moving to New Brunswick, Simard hopes the tide is turning when it comes to those interested in trades. Her biggest issue now is finding qualified, French-speaking teachers. It’s not easy. “You can only staff positions like that through networking, it seems. Just putting an ad in the paper or on a website doesn’t seem to work well,” she says.

She’s hired two retired French teachers looking for part-time work, and is on the hunt for tradespeople with a bachelor of education. Ironically, Simard is now scouting for teachers outside Manitoba. “I foresee that I may have to be recruiting from other provinces,” she says. “New Brunswick or even Quebec.”

READ: Letter to the Editor: Franco education on the Prairies