Freedom of speech on campus: Our survey of Canadian students 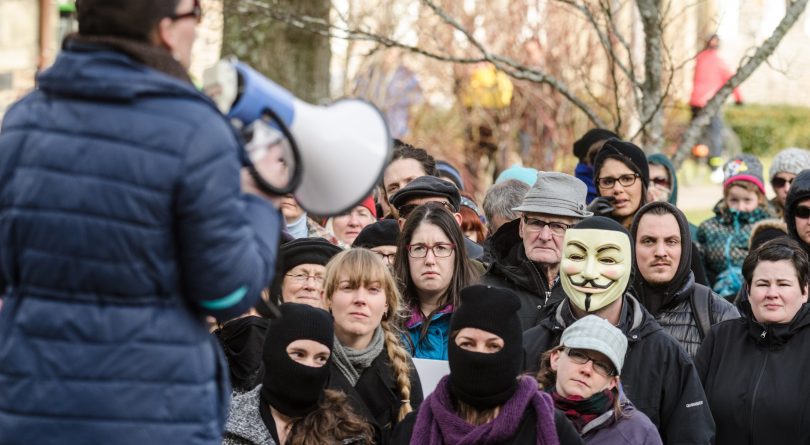 Protestors listen to speeches outside the Henry Hicks Building at Dalhousie University. (iStock)

Universities are supposed to be places where students are exposed to a wide range of ideas and viewpoints, but the status of free speech on campuses has become one of Canada’s biggest hot-button issues. Because some critics charge that a preoccupation with protecting students from hurtful or offensive ideas puts free speech in jeopardy, we decided to find out what students really think. Here’s what more than 16,000 undergraduates across the country had to say in our exclusive student survey.

Which came first: Universities are often criticized for being liberal echo chambers. While it’s true there are more left-wing undergraduate students than right-wing ones overall, the ratio between the two is similar among first-year students, suggesting most came to school with those views instead of acquiring them from their professors. 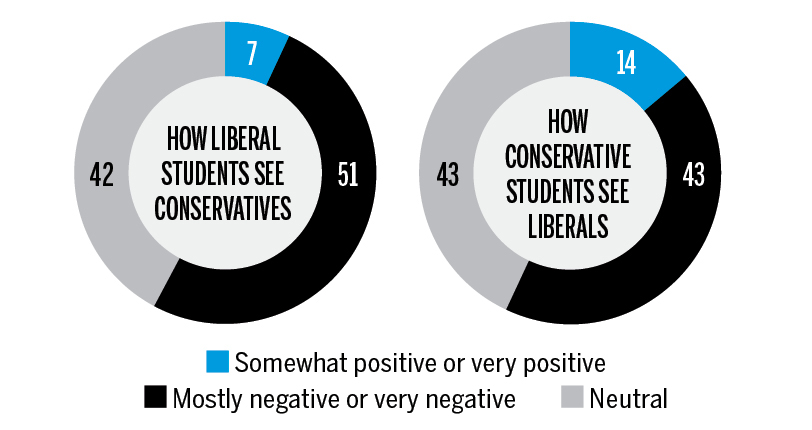 A polarized environment: Few students on either side of the political spectrum have a positive perception of those with differing views.

Type of political views that can be freely expressed on campus

Liberal friendly: When asked what type of political views can be freely expressed on campus, students’ answers confirmed the stereotype that liberal beliefs get a friendlier audience.

Do you agree or disagree with the following statement: “My school is too quick to implement measures that restrict freedom of expression in order to avoid a backlash from people who are offended.”

Per cent that agree or strongly disagree

Not overreacting: You hear a lot from critics who think universities are too eager to implement policies that restrict freedom of speech because they’re worried about attracting controversy, but only about one in five students share that concern. 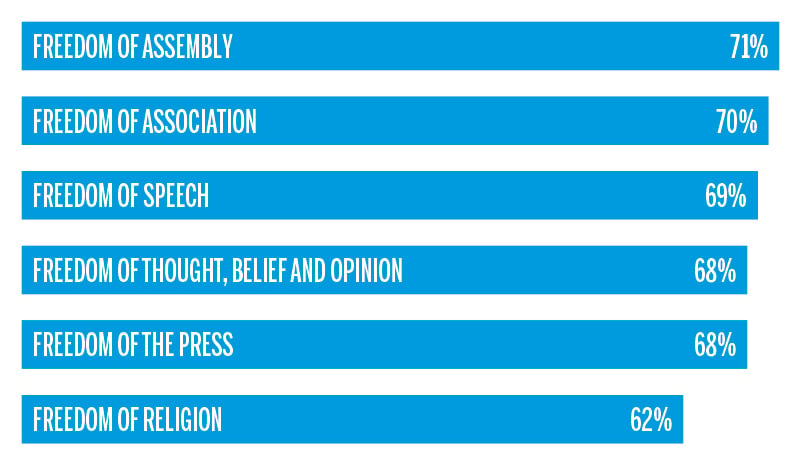 Our freedoms are just fine: Most students say they’re confident various speech-related freedoms are not under threat in Canada.

RELATED: Will new rules around free speech on campus wind up silencing protestors?

Do you agree or disagree with the following statement: “Some people on my campus avoid saying things they believe because there is a chill on expressing views that could be deemed offensive.”

Per cent that agree or strongly agree

Speech chill: Just over half of undergrads think their campus environments aren’t conducive to a free flow of ideas. Conservative students are much more likely to feel this way, but just under half of liberals agree as well.

In a democracy like Canada, how important are the following principles?

Why not both? Freedom of speech and promoting an inclusive, welcoming society are often presented as opposing principles, but almost all students agree both are important.

If you had to choose just one type of campus environment, which would it be? 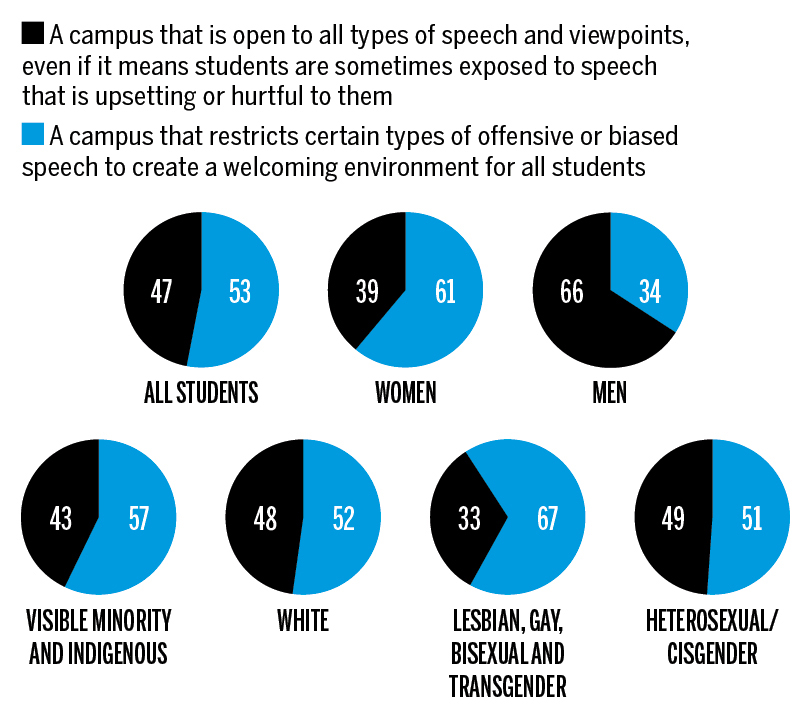 Choose your campus: Asked to choose just one, students were fairly evenly split over whether they would prefer a campus that’s open to all types of speech or a campus that restricts certain speech to create a welcoming environment. Members of protected groups were more likely to choose the campus environment with some speech restrictions.