Getting to the root of gender imbalance in STEM fields 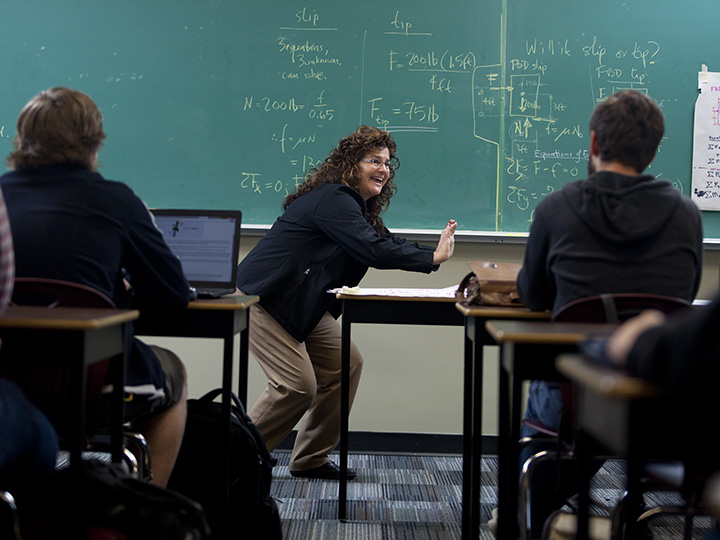 Kathy Tarnai-Lokhorst is the only female instructor in her engineering department at Camosun College in Victoria, and she is on a quest to find out why. As part of her doctoral studies at Royal Roads University, she is studying the causes of—and solutions to—the shortage of women in engineering.

The idea began at her own school, where there are only two women in her 50-strong class. But Tarnai-Lokhorst found that among all Camosun students, nearly half of those who studied physics in high school, an elective course, were female. “Wow, really?” she says. “So where are they going?” The answer: business and undeclared majors. “I started to think about whether or not it was the way we teach,” she says.

Tarnai-Lokhorst is surveying high school students in the Victoria area about their attitudes toward science before and after they are exposed to teaching that emphasizes practice over theory, coursework she developed based on her teaching methods. “We’re going to take a problem and we’re going to have students design a solution and test it, the way engineers do when you work in the field,” Tarnai-Lokhorst says.

Research began last year and, this year, Tarnai-Lokhorst’s efforts were recognized by Engineers Canada, which awarded her the TD Insurance Meloche Monnex scholarship, worth $7,500. Tarnai-Lokhorst expects to complete her research in February 2018 and says she hopes her practical teaching will help shape policy. “I’m creating this activity that will, I hope, become embedded in the British Columbia science curriculum,” she says.