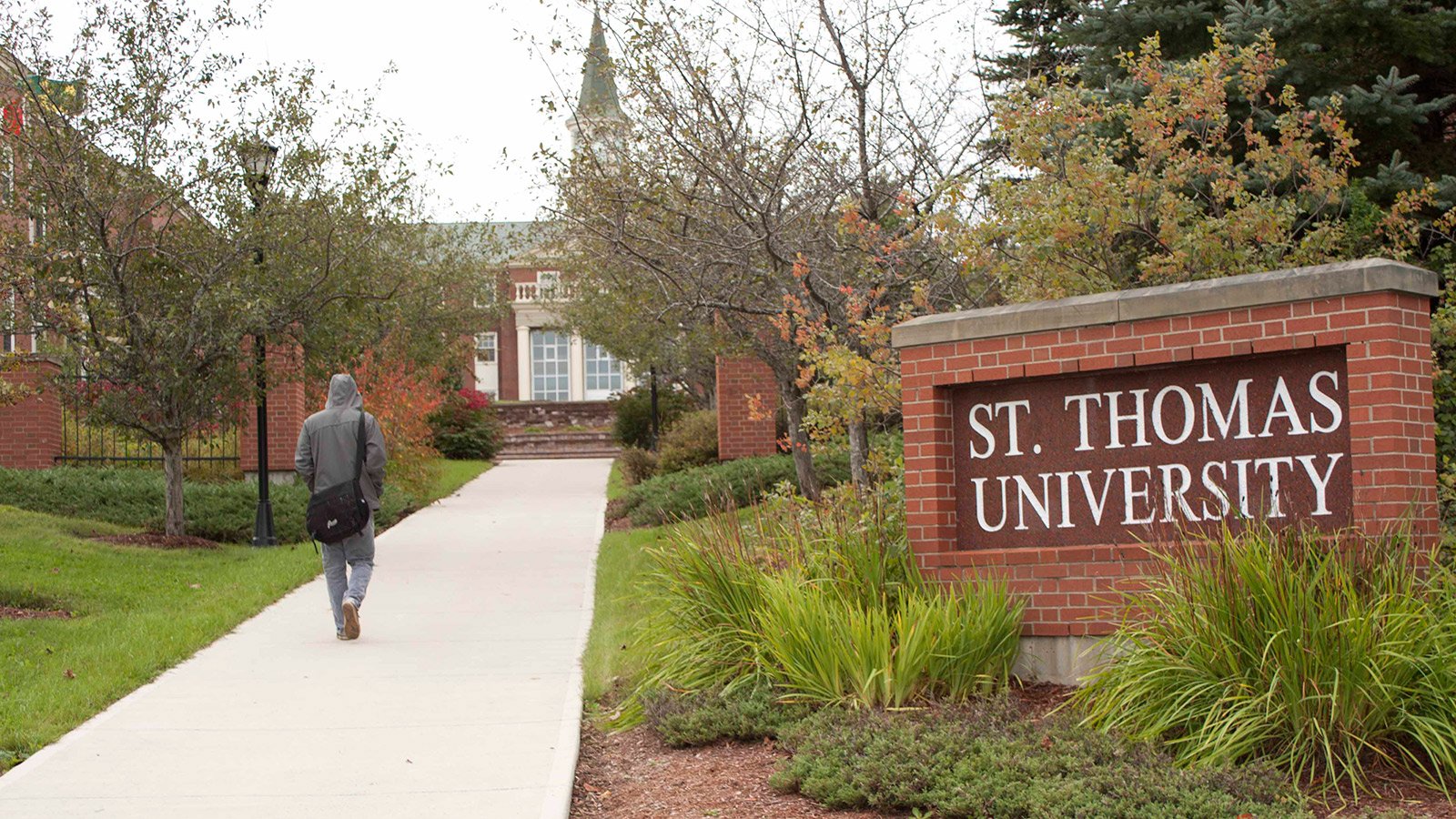 Philippe Ferland, a first-year student at St. Thomas University (STU) in Fredericton, N.B., remembers his first day on campus in a university course, which he took while still in Grade 12 at Oromocto High School.

“At first I felt apprehensive,” says the Great Books major, “but when I walked into the classroom it felt just like high school—except harder.”

Ferland took introductory Japanese as part of STU’s University Now program, where high-achieving students are invited to take one credit—pretty much any for which they have prerequisites—and apply it to both their high school diplomas and university degrees, at STU or elsewhere, thus lightening their university course load. The program, free to students, started in 2010 with just a few enrolled and grew to 30 participants in 2013. As of 2012, 28 per cent of the program’s alumni had enrolled in STU degrees, says recruiter Ryan Sullivan.

Japanese wasn’t the first university-level course Ferland passed. He took Advanced Placement (AP) psychology in eleventh grade because he was looking for a challenge. AP is a free university-level curriculum that any high school may offer. Students pay $89 U.S. to take a test at the end and, if marks are high enough, most post-secondary institutions in Canada will accept the result as university-level credit. It gave him a taste of the workload. “You’re constantly reading books and have to understand it right away,” he says of university. “AP psychology was like that.”

University Now and AP are just two examples of the ways increasing numbers of Canadian high school students are knocking off post-secondary credits in high school while testing out whether university or college is right for them.

George Ewonus, director of AP Canada, which is part of the College Board (most famous for their Standardized Admissions Test) says they won’t know the exact number until after students write exams in May but he expects the program grew by five to eight per cent this year in Canada. Last year there were approximately 17,300 Canadian students writing AP exams at 565 Canadian schools.

While AP is typically for over-achieving students, there are also dual credit programs for students who are disengaged or under-achieving in high school but still show potential for college. At Fanshawe College in London, Ont., for example, students identified by their high schools as needing an extra push can earn up to four college credits at the Day Away program where they take college courses on Fanshawe’s campus that also count toward their high school diplomas. “We try and reengage these students and get them back on track,” says Rob Peat, who co-ordinates such initiatives.

Ferland is glad he got a head start on post-secondary and not because it lightened his course load; he likes university so much he signed up for a full schedule anyway.