It doesn't fix the underlying problem of rape culture, but a made-in-Canada program is getting good results when it comes to reducing gender-based violence 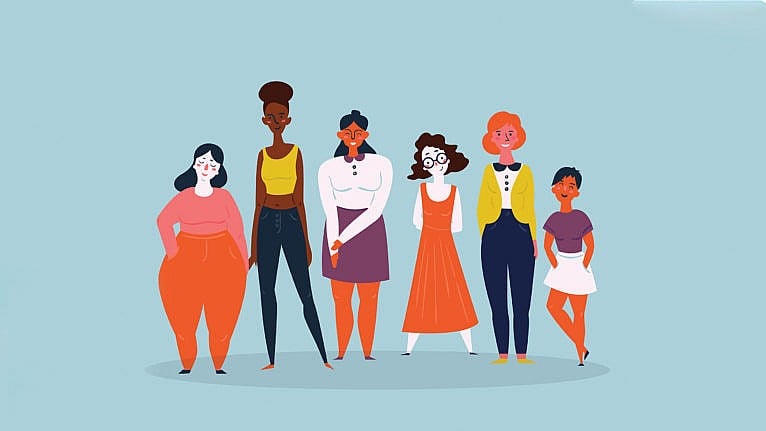 In the first semester of her third year at the University of Windsor, Eleane Paguaga Amador took a rape prevention course she describes as “amazing.” The course didn’t feature the self-defence-heavy agenda some might picture. “People think that rape prevention is going to involve some guy dressed in a sumo suit who we practise tackling,” says Paguaga Amador. “But this is really the opposite of that.”

Instead, the group of young women talked about the myths surrounding sexual assault, and how to take reasonable precautions without ceding too much territory to unnecessary, myth-based fear. They talked about boundaries in healthy relationships, and why being in touch with sexual pleasure—in particular, the ability to assess whether a given situation feels good and not just obligatory—is an essential protective tool.

When I asked Paguaga Amador about herself, she listed four things: She’s 25, she just graduated from university and will carry on to paralegal studies, she is Nicaraguan-Canadian and she has a cat. But she really wanted to talk about her favourite part of the rape prevention course, an exercise that involves brainstorming a range of activities, including hand-holding and sexting, that participants might like to engage in with various people in their lives, whether it’s partners, friends or others. “You have to think about what you’re comfortable with and what you might never be comfortable with,” says Paguaga Amador. “I love this activity so much because it does not tell women where their boundaries should be, rather each woman decides for herself how she wants to navigate intimacy in her relationships, if at all.”

RELATED: Canadian university students share their thoughts on romance in 2020

She loved it so much that she signed up to become a facilitator, and now leads other women through the same program, known as “EAAA”: the Enhanced Assess, Acknowledge, Act Sexual Assault Resistance Program. In addition to assessing potential dangers and making a plan to act on them, EAAA also covers relationships and sexuality, including “emancipatory sex-ed,” which encourages women to think about pleasure as much as guarding against coercion.

EAAA is also known as “Flip the Script,” a reference to a default socialization of women that typically encourages them to value the needs and comfort of others over their own best judgment. It also emphasizes genuine risk factors; less the shadowy figure who might pull a young woman into an alley and more the relationships that might gradually or suddenly chip away boundaries. While that reality might seem obvious, such encroachments are harder to guard against than the dangers of late night sidewalks.

Flip the Script has been adopted on campuses in Canada, the United States, Australia, New Zealand and the Netherlands. The 12-hour program for post-secondary women—pioneered at the University of Windsor—is one of the world’s very few evidence-based programs proven to reduce gender-based violence and sexual assault. In a randomized controlled trial, the one-year incidence of “completed rape” (versus attempted) was reduced by almost 50 per cent for women who took the intervention compared to those in the control group. Given the success with post-secondary women, researchers are presently adapting the curriculum for high school girls aged 14-17.

Anne Rudzinski, sexual wellness and consent coordinator at the Sexual Misconduct Response and Prevention Office at the University of Windsor, says that she often sees a transformation in EAAA participants. “There’s a real shift in the way women act in the space and act with each other,” she says. “They spread out their stuff and take up more room in their seats, and there’s more of a sense of community.”

“Rape prevention” might sound like the same old limiting narrative of policing women’s behaviour—telling them to drink less alcohol, wear more clothing and fear the unknown after dark. But, in addition to debunking rape myths, Flip the Script also underscores gender inequality and works to place emphasis on the responsibility of perpetrators.

“EAAA has been very intentionally designed from a trauma-informed, feminist perspective that women are not responsible for the sexual violence they experience,” says Sara Crann, a post-doctoral researcher at the University of Windsor who is adapting Flip the Script for younger girls aged 14-17. “Research shows that women’s self-blame is actually lower once they go through the program.” Crann notes that, in the first 10 minutes of the program, participants are told the following: “You are never responsible for being sexually assaulted; it is never your fault. If a girl or woman is sexually assaulted, it has nothing to do with her and everything to do with the person who assaulted her.”

RELATED: Inside the mental health crisis at Canadian universities

Charlene Senn, a Canada Research Chair in Sexual Violence at the University of Windsor, started developing Flip the Script almost 20 years ago. She was inspired by the work being done by feminist organizations and social psychologists, including an article by American academics Patricia D. Rozee and Mary P. Koss that suggested an “AAA approach.” In 2003, Senn contacted them to request permission to put the idea into practice.

The only piece that was missing, she believes, was an emphasis on positive sexuality—the “E,” for enhancement, that she brought to the AAA approach. “It can’t just be about resistance,” says Senn. As important is “centering and legitimizing women’s desires to encourage them to undo that socialization that [they] don’t have sexual desires or that what they want isn’t important.”

Encouraging young women to take greater ownership of their bodies might prove a bulwark against the young men who sometimes feel entitled to those same bodies. “Rape culture,” or, broad socialization that supports and encourages the victimization mostly of women and girls, has become particularly pervasive on post-secondary campuses. In Canada, one in five women in university will experience attempted or completed rape during university. And these statistics are not new; they have instead remained remarkably stubborn across decades.

RELATED: Let’s finally call ‘violence against women’ what it really is

Crann notes that harm often starts much earlier. She says the current data shows that about half of all rape and attempted rape experienced by women occurs before the age of 19, and that about one in seven girls experiences sexual violence in their dating relationships. Despite these high rates of sexual violence in adolescence, there’s a lack of relevant programming.

Crann’s adaptation for teenagers aims to fill that gap. The core program will remain fundamentally the same but has been updated to reflect the lives and language of teenage girls. Scenarios that apply to post-secondary women—going out to bars, for example—have been replaced by more relatable material, like going to a school hockey game or staying at a friend’s for the night. In the fall of 2020, Crann launched longitudinal randomized control trials in four communities across Ontario with approximately 900 girls. The pandemic has pushed data collection to 2021, but the project is still on track to wrap up in September 2023.

Many researchers, educators and participants have lauded Flip the Script but such programming also raises questions. While we should offer as many practical, evidence-based tools to women as we can, might such tools suggest that women must further police their own behaviour in order to stay safe? In response to a recent story about safety tips for women running solo, journalist Lindsay Crouse tweeted, “There is nothing we can fundamentally change to be outside safely; what needs to change is men, who should stop attacking us.”

Deinera Exner-Cortens, assistant professor of psychology at the University of Calgary who has also worked as a rape crisis counsellor, was skeptical of this type of program sexual violence prevention until she undertook a review and found that they’re actually quite successful at articulating a non-victim-blaming feminist perspective. “It is not up to women to fix the problems of the patriarchy, but we have good evidence that, at least for white college-age women, [these programs] appear to be quite effective,” says Exner-Cortens. At the same time, she notes that “we also need to understand that we haven’t fixed the problem.”

Part of the challenge in fixing that broader problem, says Senn, is a lack of evidence that the programs available to young men have the same effectiveness when it comes to curbing perpetration—largely, she says, because the ideas that perpetuate rape culture and toxic masculinity are embedded so early. “We need to undo the idea that men are always ‘up for it,’ that connection of conquest to masculinity,” says Senn. “There’s a piece in sexual perpetration that reflects disinterest in what women want, but there’s also a piece about demonstrating masculinity. Men are often performing for other men.”

The reason Flip the Script works, according to researchers, is that while women don’t need to be convinced that they’re vulnerable, they do need to talk about what that means and how they can minimize their risk while still feeling emboldened to move through the world and expect to enjoy sex.

The 12-hour course covers a lot of ground, but Rudzinski hopes women will walk away with one key message: Trust your gut. “You already have the intuition and you know when things are yucky,” she says. “As women, we’re taught to put up with a lot of uncomfortable behaviour from a lot of people under the guise of being nice or polite and not offending someone. It’s really revolutionary and empowering to tell women that if someone is making you uncomfortable, you don’t have to put up with that.”

CORRECTION: A previous version of this story inaccurately referred to data showing that one in 17 girls experiences sexual violence in their dating relationships. The correct statistic is one in seven, and this is reflected in the current version of the story. As well, the department in which Deinera Exner-Cortens is assistant professor at the University of Calgary has been updated from social work to psychology. Further, a previous version of the article said that Dr. Exner-Cortens was skeptical of sexual violence prevention programs; this has been clarified to reflect that Dr. Exner-Cortens was initially skeptical of emancipatory sex-ed as a form of sexual violence prevention.