How Indigenous institutes are reclaiming education 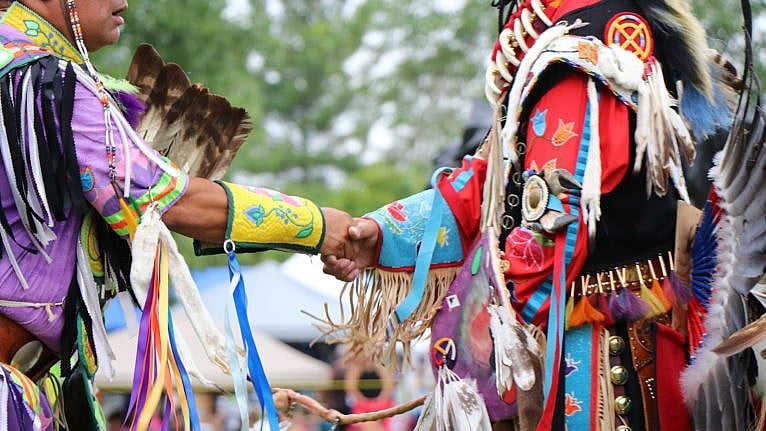 This legislation allows Indigenous institutes to independently confer degrees, diplomas and certificates on their students (previously, they could only do so in partnership with mainstream schools). It effectively designates them the “third pillar” of education in Ontario—the other two being universities and colleges. It also requires the Ministry of Colleges and Universities to fund their core operating budgets.

“Many of our community members attended a nearby residential school. A lot of our intergenerational students have lost both their culture and their language,” says Erin Monture, CEO of the Ogwehoweh Skills and Trades Training Centre (OSTTC) in Ohsweken, Ont., which offers a range of trade and adult upgrading programs alongside Indigenous language training. “We incorporate our culture in all our programming. Our founding vision was delivering education in the community while staying rooted in Indigenous culture, knowledge and ways of being.”

For OSTTC and other Indigenous institutes across the country, Indigenized post-secondary education is not about inserting Indigenous history and languages into the curriculum. It’s about reclaiming identity as a response to colonialism by infusing cultural values and traditions into the learning model. There’s a strong focus on land-based learning, an environmentally oriented approach that takes students into nature and honours Indigenous peoples’ history as stewards of the land.

“We spend a lot of time out of the classroom—we even have a greenhouse that students work and volunteer in. Our history is rooted in restoring Mother Earth, so we try to bring back those practices,” says Monture.

Other common practices include holding Indigenous ceremonies on campus, running traditional craft workshops and offering support and guidance from Elders, who play a central role in many institutes. “For some students, this is their first opportunity to learn about their culture. Many of them didn’t grow up learning about it, because that was taken away from their parents and their parents before them,” says Lauren Doxtater, academic director of Shingwauk Kinoomaage Gamig (SKG), an Indigenous institute in Garden River First Nation near Sault Ste. Marie, Ont. With tight-knit communities on campus and a range of services from childcare to on-site food security programs, student wellness is a key focus.

“We try to embed workshops in a given program,” says Monture. “Let’s say we’re doing a budgeting course in an accounting program—we may incorporate a beading workshop while we’re learning the mainstream curriculum. In our physics class, we go outside and build small bridges and parachutes. We like to instill a lot of project-based and hands-on work, which is a big part of our history.”

There are hundreds of Indigenous institutes across the country, but the degree to which they’re integrated with the education system in their province or territory varies.

In B.C., the Indigenous Adult and Higher Learning Association (IAHLA) is campaigning for more than 40 Indigenous institutes under its umbrella to be recognized as part of a tripartite model, as in Ontario. It’s partially a question of funding—provincial recognition would pave the way for the schools to receive core funding, rather than having to rely exclusively on proposal-based grants and tuition. But ultimately, IAHLA’s goal is a model in which Indigenous institutes have the freedom to develop and deliver programming—and to confer credentials on their students—without having to collaborate with mainstream institutions. Currently, they can only offer accreditation in partnership with a post-secondary institution.

In Alberta, the First Nations Adult and Higher Education Consortium (FNAHEC) is similarly advocating for the Indigenous institutes it represents. “If we had core funding, we could hire more instructors and develop new programs. We could plan for the future. Right now, we can’t plan more than a year or two at a time,” says Henry Big Throat, vice-president of Red Crow College in Alberta and chair of the National Association of Indigenous Institutes of Higher Learning, of which IAHLA and FNAHEC are members. “Our students get their identity back when they graduate from Red Crow, and other colleges do the same. And they do better out there in the world, and if they continue in post-secondary, because they have that foundation.”

Advocates say the lack of funding and support for Indigenous institutes is a legacy of colonialism. Under the Indian Act, Indigenous peoples were not allowed to attend post-secondary institutions without giving up their Indigenous status and associated rights—without, effectively, abandoning their cultural and legal identities. That didn’t change until the mid-20th century, at which point Indigenous communities started developing their own post-secondary institutions as an alternative to mainstream education.

In Ontario, some leaders of Indigenous institutes say the level and structure of funding is not enough to help them plan for the future and support the development of new programs. While the act made the institutes eligible for core funding, they must write annual proposals to receive it.

MORE: Reconciliation on university campuses: Two realities side by side

“The amount we get doesn’t give us the opportunity for growth. It’s like, here’s the bare minimum you need to survive, and then the rest is up to us,” says Doxtater. “That’s especially true for funding services beyond the basics that students need to be successful, like making sure they have mental health support, bringing in visiting Elders and providing free, accessible food.”

Doxtater says the emotional distress caused by the recovery of unmarked graves across the country, including a site search at Algoma University—SKG’s sister school, and formerly the site of the Shingwauk Residential School—is a factor in the school’s urgency to provide adequate support for students.

In an email, the Ministry of Colleges and Universities says it allocated $24.4 million in operating funding in 2021-21 for Indigenous institutes and has increased funding annually since 2018, including a seven per cent ($1.6-million) increase between 2019-20 and 2020-21. The ministry also says it has made recent investments in mental health, virtual learning, and accessibility for students with disabilities.

Funding issues notwithstanding, Ontario’s move to formally recognize Indigenous institutes is about self-determination. “The act supports Indigenous control over Indigenous education,” says Jamieson. “Since the act, Indigenous post-secondary education in Ontario has become a unique model for the rest of the country in delivering post-secondary programming and services in learning environments that promote traditional values, culture and languages.”