A scholarship can make a huge impact on a student’s life. Yet every year, millions of dollars go unclaimed. 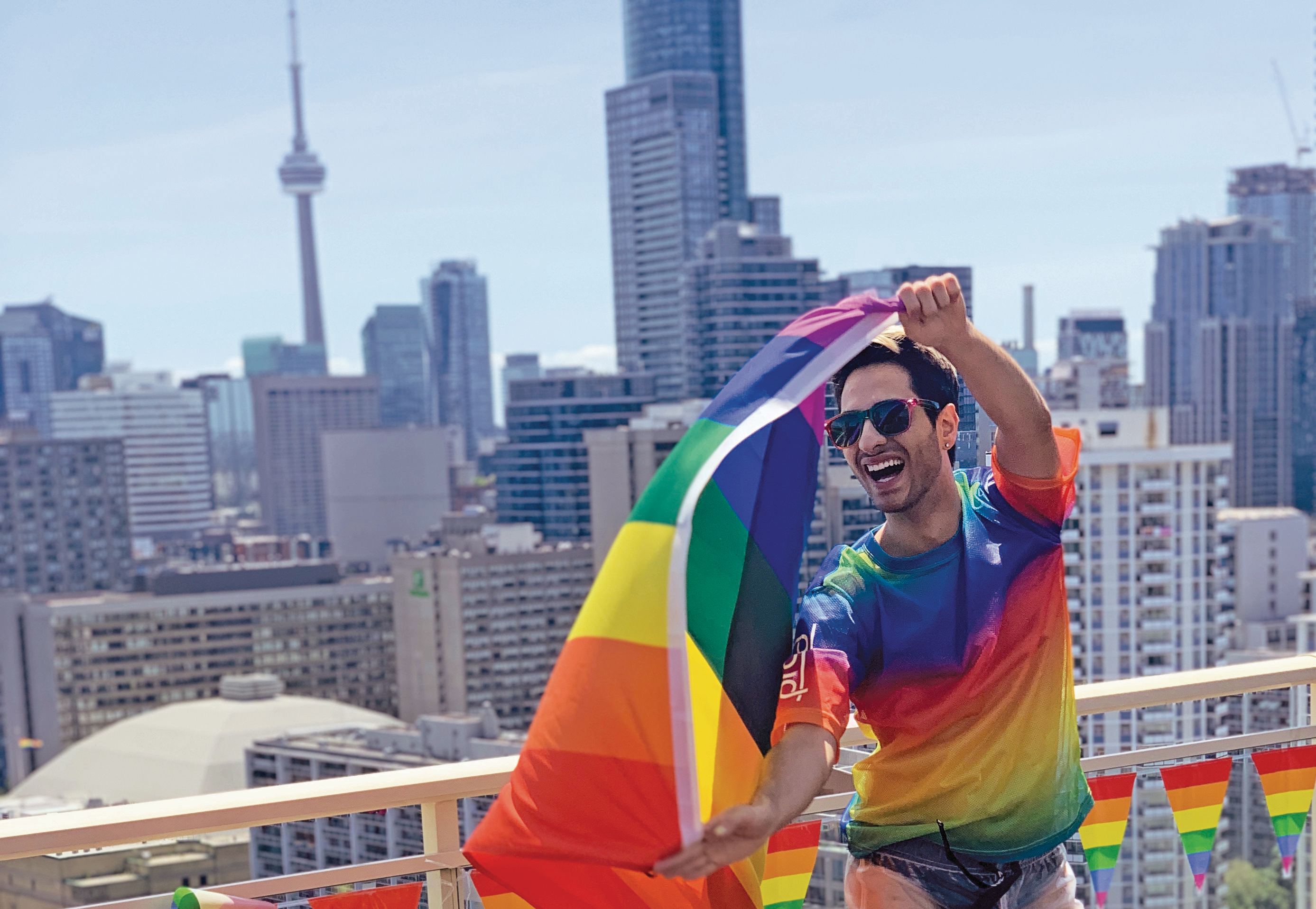 Madison Guy didn’t realize the full cost of post-secondary education until she had already started at the University of British Columbia in 2012. Guy had a soccer scholarship that covered most of her tuition, and her parents helped her financially as well. But she hadn’t factored in costs such as a campus meal plan, books, transit and housing. Between playing for UBC’s Thunderbirds soccer team and bearing her Sauder School of Business course load, she found maintaining a job challenging. So she looked into scholarships.

She discovered she wasn’t the only student who lacked knowledge. “There’s a lot of misinformation about scholarships,” says Guy, who founded the online scholarships hub GrantMe Education Consulting in 2017. “Students don’t even know what they’re eligible for, or what they should be applying to.”

According to the 2018 Canadian University Survey Consortium survey, half of all Canadian university students graduate with debt, and the average amount owed is nearly $28,000. Meanwhile, Chris Wilkins, founder and CEO of ScholarshipsCanada, says that of the more than $200 million worth of scholarships (which number more than 100,000) featured on the organization’s website, up to $6 million goes unclaimed each year. Guy isn’t surprised by those figures. In fact, since there is no centralized database for scholarships in Canada and some awards are only publicized within schools or organizations, she thinks the amount of money going unclaimed is likely even higher.

Guy began applying for scholarships after her first year at UBC and, over the next three years, she earned $50,000 in scholarships. What was most valuable, she says, was the peace of mind. “For me, the difference scholarships made was really being able to focus on my academics and my athletics,” she says. “It ultimately allowed me to work less during the school year.”

Here, Canadian students and graduates share how scholarships, big and small, made a significant difference in their lives.

Scholarship: Bill 7 Award, a scholarship for LGBTQ+ post-secondary students in Ontario with financial need. In recent years, 15 scholarships of $3,000 each have been awarded.

When I was growing up, I loved watching my mother and my grandmother sew outfits. But in Iran, pursuing fashion wasn’t really an option for men. It wasn’t a place where I was able to express myself freely or live my truth.

When my family moved from Tehran to Toronto, I enrolled in a technical high school downtown and began taking fashion courses. That’s when I realized I wanted to pursue business and fashion—and Ryerson University would give me the opportunity to do both. Since both my parents worked minimum-wage jobs after moving to Canada, I knew I would have to earn and save my own money to make my dream happen.

In high school, I worked from 5 a.m. to 9 a.m. at Starbucks, went to class, and on some days worked at Hollister in the evenings. One of my teachers noticed me frequently running late to class and, when I explained why, she told me about scholarships and how many go unclaimed. She was the one who introduced me to the Bill 7 Award.

When I received the call informing me I had won the Bill 7 Award, I was moved to tears. My mom asked me why I was crying. I told her that receiving this scholarship didn’t just mean that I wouldn’t have to work as hard while in university, it also validated that my story matters—that I matter. That was truly life-changing.

STEM camps are often very expensive and [when I was] growing up, they were not something my family could afford. My parents work really hard, and when I was younger they would put me in free programs. That’s where my interest in STEM began.

I always knew that I wanted to go to university, but I also knew that my family wouldn’t be able to support the full cost. I started tutoring and saving money at 14 and planned to work throughout my degree. When I discovered the Schulich Leader Scholarship, it seemed like it was made for me. I knew it was highly competitive, but I have always been told: if you don’t try, then your chances are zero. Naturally, I did the math and decided to apply.

I want to pursue math and computer science, but I’ve heard that people’s interests often change in university. That used to worry me. If I pursue a particular subject and then I don’t like it, would I be able to afford to change my path? This scholarship makes that possible. It also made it possible for me to spend this summer building Teen Nerd Nite, which offers free programs that allow teens in my community to learn about the wonderful world of STEM, regardless of their circumstances. Helping introduce more young people to STEM is my way of paying it forward.

Scholarship: $2,000 Indspire scholarship, which offers a variety of scholarships and bursaries ranging from $1,000 to $30,000 for full- and part-time students who are First Nations, Inuit and Métis.

Many people grow up with a dream for their career or an idea of which university they want to attend, knowing that post-secondary education is an option. But as a young Indigenous person, I first had to realize I could go to university before starting to think about where or what I might study.

In 2015, at age 16, I ran 115 km in four days for missing and murdered Indigenous women, girls and two-spirit people in Canada. Doing that run was the first time my spirit name, Ogitchida Ikwe, which means “Warrior Woman,” felt like me. As I started to find my voice and build my platform, I found my place and my fight. That’s when I realized I wanted to go into social work. But then I had to figure out how to make that happen.

My mother and I spent an entire summer sorting through scholarships I was eligible for. Indspire was one of multiple scholarships I received. They didn’t cover everything, but they set me up for success by easing tuition and daily costs so I could focus on my academics.

I had to leave behind my family and Métis community in Winnipeg to attend the University of Regina. The scholarship allows me to spend a lot of time in the community, specifically with sports teams targeted toward low-income and inner-city youth, where a lot of participants are Indigenous. I honestly don’t think I would’ve achieved this level of success if I hadn’t been able to spend as much time in the community in Regina to keep me grounded.

Anamjit Singh Sivia, 26
Completed a bachelor of applied science in computer engineering at University of Toronto, 2017

Scholarship: Loran Award, a four-year award given to Canadian students pursuing undergraduate studies for their “character, a commitment to service and the promise of leadership.” The award is currently valued at $100,000.

I had good grades in high school and completed the International Baccalaureate program, but there was no way I could afford tuition at a top Canadian or American university, even with the maximum amount of loans allowed by the Alberta government. Plus, I didn’t necessarily want to stay in Calgary. Winning the Loran Award—which encourages students to study out of province, and covered my tuition and provided a stipend for additional expenses—completely changed what was possible for me.

I studied engineering at the University of Toronto and was paired with Martin Connell, past chair of the Toronto Community Foundation and co-founder of ACE Bakery, as my mentor. As part of the award, I also completed summer programs, including working in urban planning in Toronto and travelling to Ghana with Engineers Without Borders. For a recent immigrant like me, being part of a program that required me to take risks and try new things changed everything.

Advice for students applying to scholarships

During the COVID-19 pandemic, GrantMe Education Consulting and ScholarshipsCanada—two online scholarship hubs for Canadian students—have both seen a surge in scholarship applicants. Madison Guy, founder of GrantMe, speculates that students have more time to look into options. Chris Wilkins, CEO of ScholarshipsCanada, adds that a larger number of students who face fewer summer work opportunities need financial assistance. Wilkins has also seen an increase in the number of scholarships available this year, and Guy says the uncertainty of the pandemic has prompted awards to adjust their criteria and in some cases extend deadlines.

So where should students start their scholarship search? Guy advises students to consider their personal interests and affiliations, such as sports, communities and workplaces. An employer, for instance, may have internal scholarships that aren’t posted publicly and receive fewer applicants than well-advertised awards. Wilkins notes that smaller scholarships, such as those worth $300 to $500, also tend to be less competitive.

In addition, not all scholarships prioritize academic achievement or demonstrated financial need. The majority (86 per cent) of the scholarships listed on ScholarshipsCanada do not require a grade point average on the application, says Wilkins, and two-thirds of their scholarships are open to applicants regardless of their financial situation.<

Also key to know: the window to apply for scholarships doesn’t close after Grade 12; there are opportunities for students of all levels. According to Wilkins, applications are also accepted year-round. “Don’t give up or stop your search in the spring or summer,” he says. “Continue throughout the year.”

This article appears in print in the 2021 University Rankings issue of Maclean’s magazine with the headline, “Free to be…and to study.”