How to ace your university application

Grades are important but are just part of the picture. Plus, admission faux-pas to avoid. 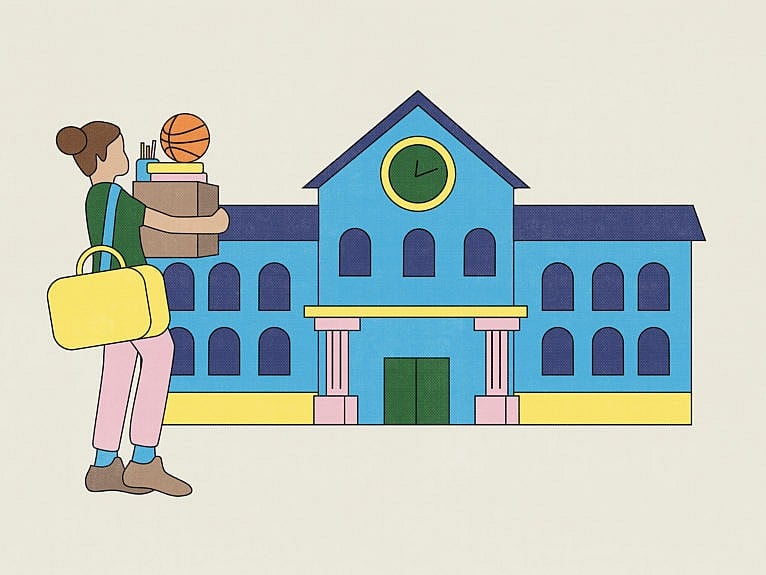 For graduating high school students, university admissions can often seem like an incomprehensible process, where anonymous administrators make decisions about students’ futures behind closed doors. “Many times, students see admissions officers as these mean, bad people who are trying to keep them out,” says Kutay Ulkuer, director of admissions at Mount Allison University in Sackville, N.B. For their part, he says, admissions teams need to be selective in order to ensure students end up at the university that is best suited to them, so they can keep stride with their peers. “We see their success as our success,” Ulkuer says. He encourages students to think of the process as an open conversation between the school, students and parents.

Here are some of the key things to keep in mind as you begin the university application process.

As always, marks matter. “Grades are a reliable metric and a good indicator of ability,” says André Jardin, director of admissions at the University of Waterloo. All the admissions offices we spoke with suggested that students work hard in their high school classes and make smart course choices, paying special attention to subjects required for the programs they hope to be accepted to in university. “Excelling in academic courses and specific subjects will make an application stand out,” says Cynthia Lee, associate director of media relations at McGill University.

But marks aren’t everything, and some Canadian universities are moving toward a more holistic admissions process that considers a student’s experiences alongside traditional measures of achievement. In 2012, the University of British Columbia introduced the “Personal Profile” to its admissions process, a section of the application that gives students the opportunity to describe their experiences and the challenges they have overcome. This can offer the admissions team insight into whether a student will thrive among the UBC cohort. “Don’t focus on what you think we want to hear. Rather, use your voice to tell us what you want to say,” says Sam Saini, associate registrar of undergraduate admissions at UBC.

The University of Waterloo also aims to admit students with a range of interests, and the admissions department takes into consideration how much time and effort prospective students have dedicated to their chosen activities. “We want to see that you put in energy and leadership and take initiative,” says Waterloo’s Jardin. “It’s up to you where you do that.”

Joel Nicholson, founder of the consulting service Admissions Ally, which has advisers located across Canada, teaches his clients the “T model” of achievement. The vertical portion of the T represents depth in one or two areas of interest, while the horizontal line represents breadth. Mount Allison’s Ulkuer emphasizes that students should avoid laundry-listing extracurriculars and instead aim to explain why they chose the extracurriculars they did, what they learned from them, how those particular activities fit into their future plans, and how the experiences gained from these activities help define the students as individuals.

Teo Salgado, founder of VerveSmith education consulting based in Toronto, adds that students should try to tell a coherent story with their extracurricular involvement to ensure there is alignment with “what you are saying and doing.” In essays and supplementary information, a student’s activities should align with their chosen career. “We hear a lot of students talking about a passion they have for, say, computer science or drama, but if the activities they’re participating in outside of the classroom don’t align with those passions they are claiming to have, then the story’s inconsistent,” says Salgado.

Ulkuer has seen his fair share of admissions faux pas: reference letters addressed to the wrong school, applications that have not been adequately proofread and essays spliced together with material from other applications. Canadian students also tend to be too humble, he says, which can actually undermine their applications. “This is a time when you might want to brag about your accomplishments,” Ulkuer says. He encourages students to start early, as well, to avoid rushing. “You don’t want to run into a situation where the power runs out and you didn’t have a chance to submit your application before the scholarship deadline.”

With mounting pressure to stand out, students might be inclined to take on new extracurricular activities just for the application. Jardin of Waterloo advises against this. “Continue doing what you’re doing,” he says. “If you suddenly say, ‘To get a good score, I’m going to pick up a baseball bat for the first time in Grade 12,’ you’re not going to be able to authentically represent yourself.” Lying on an application is “enough to pull an offer,” says Jardin. He notes it is part of the role of admissions teams to try to detect when a student is lying.

Nicholson says students often underestimate the importance of the “value proposition,” meaning they focus on pleasing the university instead of showing what they can offer. This should be communicated in a way that is “clear, compelling and concise,” he says. “Written and verbal communication is one of the biggest skills gaps” that students tend to struggle with.

The challenge of uniqueness

With many secondary schools offering access to similar extracurricular activities—drama club, student council and athletics, for example—it can be challenging for Canadian high school students to set themselves apart from other applicants. “Public high school is still very standardized and lacks personalization,” says Nicholson. “That makes it difficult for students to explore and cultivate their own unique and individual identity.”

Nicholson encourages his clients to discover their “X factor,” which generally takes the form of an independent leadership project they are passionate about. It enables students to “set big goals that they didn’t think they could accomplish,” he says. One of his students completed a TED talk and multiple podcasts, while another wrote a children’s book aimed at teaching children the basics of health science and medicine. Sites like experiment.com can enable students to create and execute their own research projects and find endorsements all on their own. Students lacking the resources or time to pursue an independent project can still add flavour to their applications by taking courses on websites such as Coursera.org or edX.org, or by accessing opportunities in their schools, such as hackathons or DECA, a business club. Nicholson’s company encourages students to take charge of their lives and their learning. “What we’re saying is, we believe in the power of youth and what they can accomplish despite being so young,” he says. “They’re so tenacious and they’re so determined.” 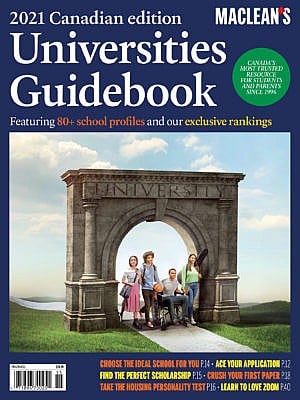 This article appears in print in the Maclean’s 2021 Canadian Universities Guidebook with the headline, “The art of applying.” Order a copy of the issue here. Subscribe to the monthly print magazine here.

FILED UNDER: 2021 University Rankings Editor's Picks Maclean's Guide to Getting In