How to fight the mental health crisis on campus: Fall breaks 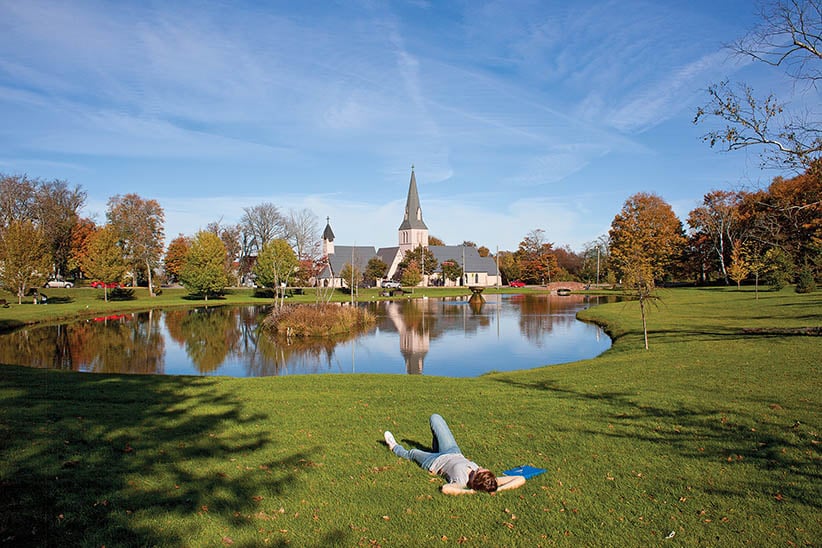 For the past 10 years, student unions have lobbied university administrators to implement fall study breaks. In response to concerns about mental health and stress from the mid-semester workload, schools across the country, including 11 of 20 in Ontario, have introduced fall breaks. Held in October or early November, they range from one day (Memorial University) to one week (Ryerson, Brock and others). Opponents argue the days off rob students of expensive class time. So what do students actually do on fall study break? We canvassed a few and found most were going to hit the brakes, or the books, or a little bit of both.

The last weekend in October, students at Western University have two days off, creating a four-day weekend. Myra Kohler, a second-year psychology student, goes camping with her parents and older brother in Bon Echo Provincial Park north of Napanee, Ont.—a trip they planned in the summer. The family stays in a cabin without running water, barbecues a turkey dinner and hikes a network of trails. “Any kind of experience that’s not just sitting in a library is going to help you in school,” she says, “although the library part has to happen, too.”

Kohler thinks the two-day break is the perfect length. “Personally, I don’t need a week at that time of year,” she says. “It is very, very relaxing, and it makes mid-terms seem a little bit more manageable.” She has several exams the week following the break, but won’t sacrifice the family time. With her older brother headed to British Columbia for medical school soon, “this is our last hurrah all together for a little while.”

The University of Saskatchewan has a full reading week in early November. Kirsten Hooper, a third-year biochemistry student, will be driving with her boyfriend, an engineering student, to meet her family in Winnipeg. “I think they’ll get along,” she says. But the week won’t be all about socializing. On the first day of the break, Kirsten will write the dental aptitude test, a standard entrance exam for dentistry school, and, later in the week, she’ll study for her upcoming exams. There will be some family dinners and movies in the middle. “It’ll probably be a couple of days of absolutely nothing, and the last couple of days will be a lot of work,” she says. Her boyfriend, too, will need to spend plenty of time at a desk. “We’re pretty good at studying together.”

Planning for the future

Mount Allison University will have its first fall reading week this year in mid-November. Thomas Hammond, a third-year political science student who sits on the student council, is delighted. “A lot of other schools have them. You take a massive break, go home and recuperate. You can get that relaxation in and power down on the homework.”

Since Hammond hopes to pursue actuarial law when he graduates, he’ll spend a day shadowing his aunt, an insurance lawyer. He will also visit his grandparents and cousins in Halifax. Then he’ll fly to Kingston, Ont., to check out Queen’s University as a potential grad school, and visit some friends there before the end of the week. “The hope is to make the most of it,” he says.