How young is too young to learn about mortgages?

There's a push to add all kinds of new things to the mandatory school curriculum, from financial literacy to coding. But we just can't have it all. 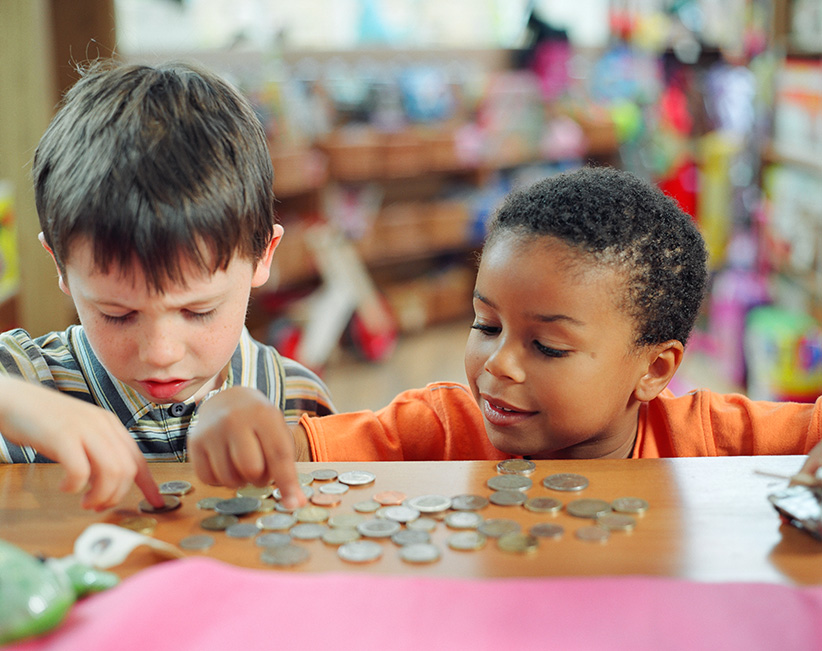 Play fair. Don’t hit people. Put things back where you found them. Flush. Author Robert Fulghum famously claimed all he really needed to know, he learned in kindergarten.

Last week, a report from TD Economics sought to add a few additional items to the kindergarten syllabus, including monthly budgeting, compound interest and retirement planning. “The need for strong financial literacy has never been higher,” writes TD chief economist Beata Caranci, citing rising household debt levels as a prime motivator for her campaign. “In order to prepare young people for financial decisions throughout their lives, financial education should be incorporated in the kindergarten to Grade 12 curriculum in elementary grades.”

TD’s Caranci and other financial literacy advocacy groups, including the Canadian Foundation for Economic Education, argue that money knowledge is an important skill best learned early in life. And her point about household debt is unarguable; a quick rise in interest rates could prove disastrous for many Canadians. As convincing as all this may sound, however, we’re not ready to demand kindergarteners put aside Lego to learn mortgage payment schedules. The banking sector, it turns out, isn’t the only group demanding a curriculum rewrite.

The Canadian Internet Registration Association and other high-tech industry groups frequently promote digital skills and computer coding as essential for Canadian elementary students. The Canadian Association of Emergency Physicians demands that CPR be made a compulsory high school diploma requirement. The Truth and Reconciliation Commission of Canada claims that “religious diversity courses must be mandatory in all provinces and territories.” The Toronto-based Association for Media Literacy argues for mandatory media awareness instruction throughout elementary and secondary schooling. The nastiness of the recent U.S. presidential election has revived calls within Canada for mandatory civics courses to turn students into thoughtful voters. In Ontario, an expert panel has recommended every high school student participate in a mandatory co-op work placement. Plus, school administrators are expected to promote everything from healthy eating and exercise to anti-bullying and anti-racism campaigns to concussion prevention and monitoring.

Taken in isolation, each demand appears virtuous, appropriate and entirely necessary. Who wouldn’t want future generations of students to know how to save lives, write code, find jobs, vote wisely, eat properly, invest prudently and avoid head injuries? The problem arises from a surfeit of virtue and shortage of time. Regardless of how necessary each may seem individually, there’s only so much time in the collective school day. Accepting every new demand for additional mandatory instruction time inevitably crowds out space available for educational basics. (It also bears mention that many of these additional topics were once considered best suited to parental instruction and individual discovery.)

Canada’s education system has long been a source of pride and strength for this country. International comparisons rank us as among the best in the world; a highly diverse student body makes this achievement all the more remarkable. Yet our rankings are starting to slip. On math, according to the Council of Ministers of Education, “there is a clear trend showing a decrease in average score in most provinces, as well as an increase in the number of countries outperforming Canada.” Our relative ranking in science has also slipped. If basic skills mastery is important—and we are aware of no group that claims foundational math and science are not vital to future student success—then it becomes necessary, particularly given recent results, to defend the core competencies of our education system from relentless encroachment, especially of courses on specialized life skills. This seems particularly important in elementary school, where fundamental knowledge and good habits are first learned.

If there is a case to be made for learning about money in school, let’s leave it to high school, where there are already compulsory or elective courses on the topic in all provinces and, given relentless advocacy from the financial sector, the trend appears in ascension. Quebec, for example, dropped a mandatory economics course in 2008 to make room for new religion and personal development programming; now it plans to bring it back.

Then there’s the issue of how to reconcile financial literacy with competing demands for a host of other, equally laudable, mandatory courses. Perhaps Nova Scotia has the solution here. Next year the province promises a new compulsory Grade 10 course called “21st-century citizenship,” offering civics, citizenship, digital and media literacy, personal financial management and other, unspecified “service learning” issues: a pedagogical grab bag of worthy and fashionable topics. Advocacy groups can thus argue amongst themselves over what should be included in this one course without threatening what’s truly important during the rest of the school day.

Doing so will also leave room for parents, grandparents, friends, neighbours, community groups, coaches and others to make their own important contributions to the educational journey of our children—outside the classroom.