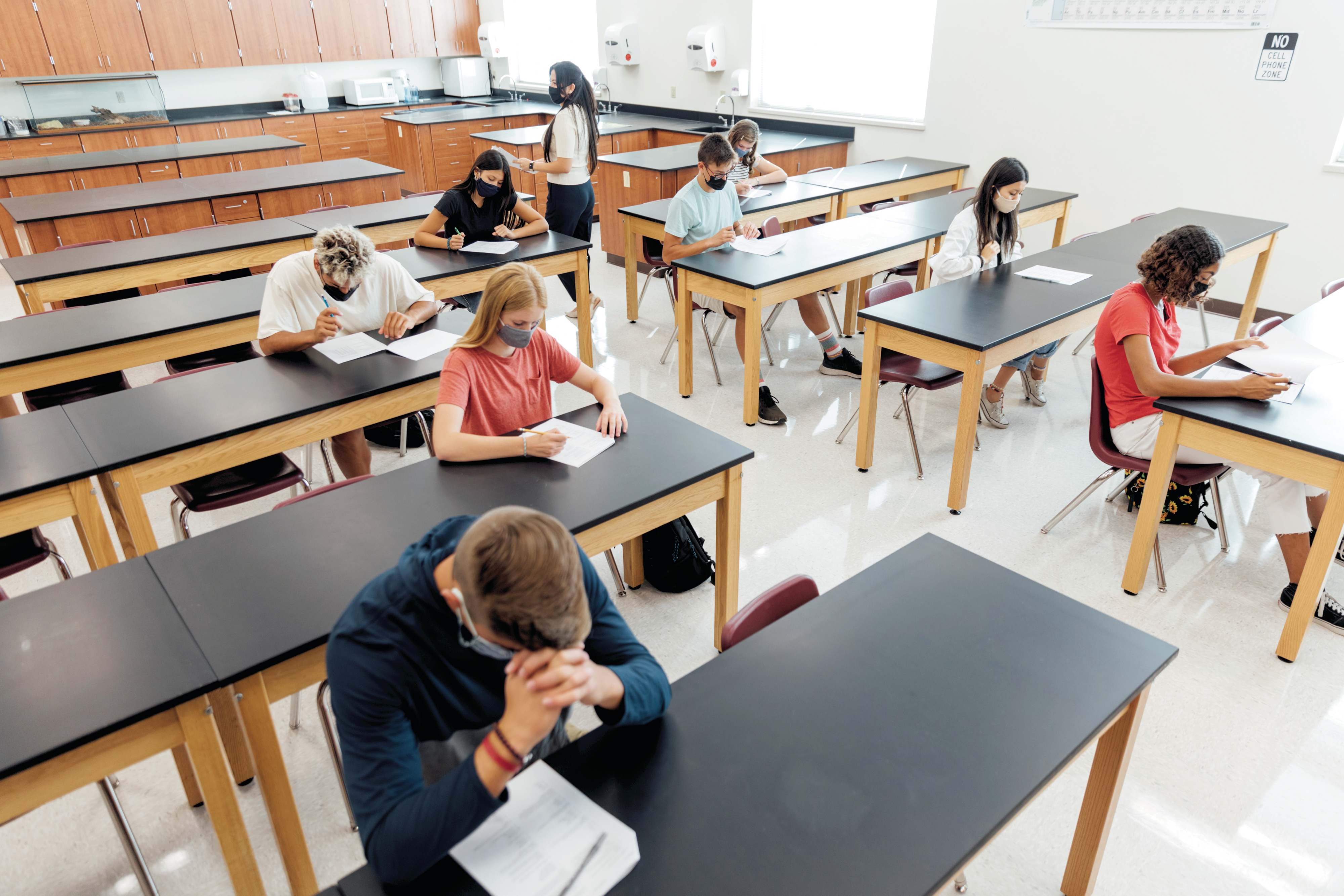 Without the fear of a GPA drop, might students be more adventurous with their studies? (iStock)

Back in March, many universities in Canada and worldwide switched to pass/fail grading. I thought this was a good move at the time: it preserved fairness and universality of assessment while alleviating stress among students. Now, my thinking has gone one step further, and I believe that our universities should adopt pass/fail grading as the norm, even in post-COVID times.

What we now have is tiered grading. Students are assigned a letter grade or a numerical grade point average (GPA) that represents their academic achievement in a course and in their degree overall. In my view, tiered grading discourages students from taking intellectual risks because their first concern becomes maximizing grade points rather than taking on challenging learning. I recall a conversation among friends where we spoke wistfully of the classes we might have taken had we not feared a GPA drop. No calculus, no physics—one guy even avoided a drama class. Why? Because, though we were curious about learning beyond our majors, we felt the pressing need to keep up our GPAs for graduate school admissions and employment prospects. Indeed, it’s common for students to talk of “GPA boosters,” a colloquial expression for easy electives that, rumour has it, guarantee high grades.

Scholarly evidence backs up my impression. Responding to a survey for a 2009 academic study, Swedish university students in tiered grading systems more frequently reported that they focus on “unimportant” aspects of their courses than students in pass/fail grading systems did. The tier-graded students also disproportionately reported focusing on accumulating and reproducing factual knowledge instead of deepening their understanding of the course content. But pass/fail students more often reported that they saw assessment as an opportunity for further learning. In a 2014 survey, undergraduates at the National University of Singapore (NUS) reported high approval of the university’s new policy of making pass/fail grades optional in the first semester of the first year. The respondents identified the same benefits of gradeless learning that are touted in the academic literature: reduced stress, greater risk-taking, a smoother transition to university life and being motivated by learning instead of grades.

Indeed, the tiered grading system inculcates in students an attitude that values high grades but does not regard learning as an intellectual or ethical activity. This prevailing attitude was made apparent by the backlash against the switch to universal pass/fail grading back in March, when some students felt cheated out of the GPA they were working toward and paying for. This reaction seems sensible when the higher education system holds up high grades as the ultimate measure of student achievement. But if we take the core values of a thriving university to be the encouragement of academic exploration, an appreciation of the intellectual and ethical value of learning, and care for student well-being, then we should endorse pass/fail grading as a norm for Canadian universities.

The big question, of course, is whether students would slack off or perform poorly in the absence of the GPA system. However, according to a 2011 literature review, American medical students experienced no difference in academic performance under a pass/fail system than their tier-graded peers. The pass/fail students also experienced greater well-being. Given the burdensome, arbitrary stress and anxiety that tiered grading visits upon students, we shouldn’t be surprised.

A further worry: employers, graduate schools and professional programs such as law and medicine might have trouble identifying and admitting the strongest students who were graded in a pass/fail system. To address this worry, we could endorse a mixed system, like the one at NUS, where students begin their degrees under pass/fail grading and then switch in later years to tiered grading. They’d be eased into the post-secondary environment but assessed with sharper discrimination in the end. More radically, if we endorse pass/fail grading for the entirety of students’ degrees, we could argue that graduate schools and professional programs should simply base their admissions entirely on qualitative measures such as a writing sample and letter of intent.

In my view, pass/fail grading has the potential to revitalize universities. If students were to unlearn the GPA grind, becoming more friendly to risk, they’d be more apt to value learning as intellectual and ethical self-cultivation. Then, because they were experiencing education as an open-ended, personal endeavour, they would move organically into programs appropriate to their skills and interests; ideally, they’d be aided by the guidance of their advisers.

Think of it as a video game. When I decided to stop playing Dark Souls, the action role-playing game lauded for its extreme difficulty, I knew my feeble motor skills and feverish nervous energy were no match for the game’s first boss battle (a special fight with a tough opponent in a video game). A moment’s introspection was enough to tell me that the game wasn’t for me, no 4.0-point system necessary. Instead, I found The Legend of Zelda: Breath of the Wild to be more my speed; it offers the player respite from the monster fights with lush sweeping vistas and scintillating puzzles. All you have to do to find the right game is examine your own pleasure and performance; there’s no need to rely on an external authority’s measure of epic gamer points. People play video games to enjoy them and to achieve within the game’s bounds, not for the sake of wealth or prestige (except, of course, in the world of pro-gaming and livestreaming).

And so it could be with higher education. Grades are nothing, really, but markers for academic performance, a shorthand to tell students what they’re good at and to encourage them to stick to it. With a more robust intellectual culture, this shorthand wouldn’t be necessary. Students would have a stronger sense of their academic strengths and interests, gravitating to where they’d be most successful and satisfied. If high grades played a diminished role in students’ entry into professional study, they would be more confident and willing to switch into the program of study that’s right for them.

Moreover, freed from the demands of fine-grained, point-based assessment for tiered grades, instructors could ditch the multiple-choice exams and experiment with alternative assessment practices designed to foster students’ intellectual development. Education scholar David Boud argues that students deepen their learning through ongoing reflection, drawing on knowledge to meet specific problems, assessing themselves and their peers, and revising their work. These forms of assessment look more like the norms of academic peer review and many workplaces. Once we let go of tiered grading, a whole new world of profound education opens up.

To consolidate this vision, the culture of higher education would have to change radically. The powers that be would have to abandon the dominant neoliberal conception of education’s goal as preparation for the labour market and adopt a conception of education as a public good, part of a healthy life and society. A tall order, to be sure, but what better time to rethink our values than now, when so much has changed in higher education and everywhere else? It’s up to universities and the governments that fund them to decide whether they want to stick with the status quo or take a risk on a promising alternative. And it’s up to us, the public, to demand that our universities and governments answer this question: are you fine with number crunchers, or do you want earnest learners?

This article appears in print in the 2021 University Rankings issue of Maclean’s magazine with the headline, “It’s time to go gradeless.”