Just the facts: Here's why rote learning is wrong. 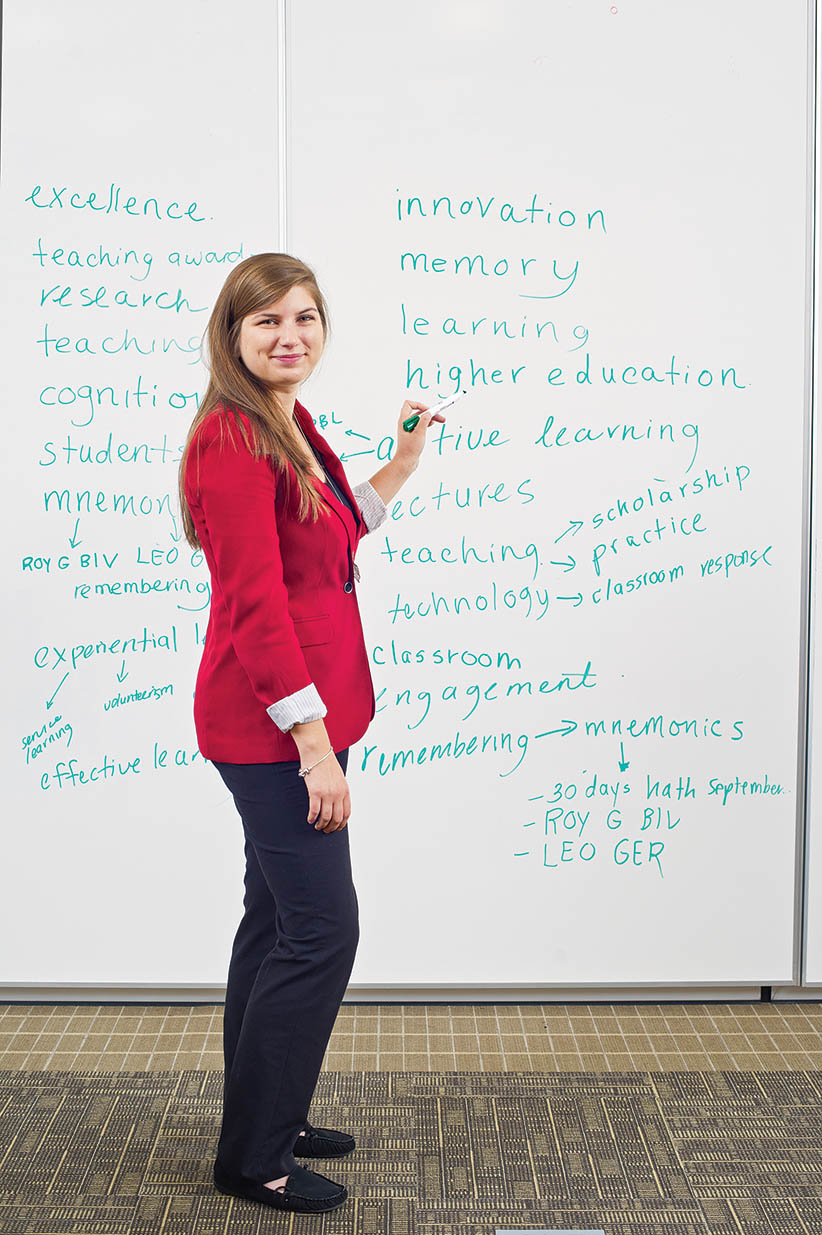 Anita Akai, MSc Candidate, Health Science Education of McMaster University in conversation with Maclean’s magazine on campus at the Mills memorial library at McMaster Universty in Hamilton, ON.

If you think the workload in high school is bad, just wait until you get to university. It’s sink or swim. Don’t hand in an assignment? No one will notice. Not prepared for a test? No one will care. Anita Acai, a master’s of health science education student at McMaster University in Hamilton, wants to help you tackle that workload by ensuring you’re studying properly. She’s an expert in memorization and learning strategies. Maclean’s sat down with Acai to get a handle on the latest research on what works, and what doesn’t, when it comes to studying.

Q: What do you wish students knew about memorization?

Q: What are more effective techniques?

A: Part of long-term learning is essentially connecting and integrating things into things that you already know, whereas memorizing is more of a surface-level technique. Testing is a great learning strategy, one that has been shown to be the most effective in helping students learn.

Q: Does it matter how you test yourself?

A: The more you struggle, the better. If it’s a little bit challenging to remember something, it will lead to learning. There’s a thing called “desirable difficulty.” You want to test yourself on things that are a little bit harder to recall, because that’s what’s going to make the longest-lasting memories. If it’s too hard, you might not be motivated to do it, but, at the same time, if it’s too easy, it’s not going to be that effective.

Q: Can you give me an example?

A: If you’re in a classroom and you’re learning something about biochemistry and the teacher just asks you a basic fact, such as, “What is the enzyme that does this?” you might remember that pretty easily, so it’s not that much of a struggle to recall. But if she asks you, “What is the overall role of this pathway in your metabolism?” or, “What does it do?” and you really have to think hard to come to that answer, you’re going to remember that information a lot better than just the surface-level concept.

Q: You’ve written that memorization in learning hasn’t changed in hundreds of years. What do you mean by that?

A: A lot of the teaching we’re doing is relying on old, old things. There are incorrect assumptions that these things still work, but, in reality, there’s lots and lots of evidence out there that lots of these things aren’t effective for learning. Memorizing isn’t that effective for learning, but people still do it. That’s still the way we’re taught, primarily. Although the literature has evolved and the evidence has evolved, our teaching practices themselves haven’t.

Q: Why do you think that is?

A: I think there are a lot of reasons. A big one is that instructors often don’t have the time or the access to the latest literature, and I’m thinking especially at the high school and elementary levels. It’s very difficult for them to get access to articles and to then interpret all of the literature, the theory, and apply it in the classroom. It’s just a big job.

Q: You mentioned there are some
common myths about learning that are still being perpetuated by teachers. What are they?

A: One of them is the idea of learning styles. So, for example, a lot of people believe that if a person says he’s an auditory learner, then he learns only by hearing something, and that’s totally incorrect. It’s true that people may have preferences for certain types of learning, but this can originate for a whole variety of reasons, such as your past experiences, your strengths. The way they’ve classified the learning styles really doesn’t make any sense. For example, you can say someone is a kinesthetic learner, but there are certain things that just can’t be taught by doing—for example, theories.

Q: Is there a place for direct communication with students? A lot of the techniques you’re talking about would be helpful for studying, not just for teaching.

A: Certainly, there has to be education done with the students, as well. There was a study done here at McMaster, where they actually tried to tell students beforehand, “This is the kind of stuff that you should be doing. This will help you learn,” and they’ll [the researchers] test them and the students will be able to repeat exactly what they should be doing. But then, when it comes to actually putting that into place, they [the students] don’t.

Sometimes it’s easier to just do that surface-level memorization, because they’re focused on the short-term goal of passing an exam, or getting an A, or getting into med school or whatever it is. So I think they have to start early, and they have to be taught how to learn early on and, unfortunately, they’re often not taught until first-year university after they’ve already had 12 years of education, where they’ve been memorizing and doing things in a certain way.

Q: Is surface-level memorization more effective in the short term? If I have a test tomorrow, should I be focusing on memorizing the 20 facts I need?

A: Well, it depends how good you are at memorizing. If you are able to memorize things really well, then yes. You’ll be able to recall it in the short term, but you’ll certainly lose that information in the long term, because what you’re essentially doing is you’re keeping that information in your working memory. You’re constantly repeating it in your short-term memory, so you’ll be able to recall it a few hours after you’ve memorized it. Sometimes there’s too much information to be able to memorize all of it.

Or the test itself—and that’s the other big piece—what are you testing? If the instructor is testing factual information, then, sure, students can memorize and they’ll do a lot better. But if they’re being tested on deeper conceptual things, then if you’ve memorized before the test, you may not do well on that test, because you don’t actually understand the deeper concept.

A: I guess it depends on what your goals are. If you just want the student to have a basic set of facts that she can then rely upon later to build on, that’s one thing. But, ultimately, we know that if students understand things conceptually, their chances of being able to a) remember that information in the long term is higher, but b) the chance they’re going to be able to apply that knowledge is higher. So, if they’re just knowing facts, then it’s not necessarily as effective for their long-term retention, and it’s not necessarily as effective for being able to apply that knowledge.

FILED UNDER: Academics The Vault