Maclean's University Rankings 2017: The best of the best 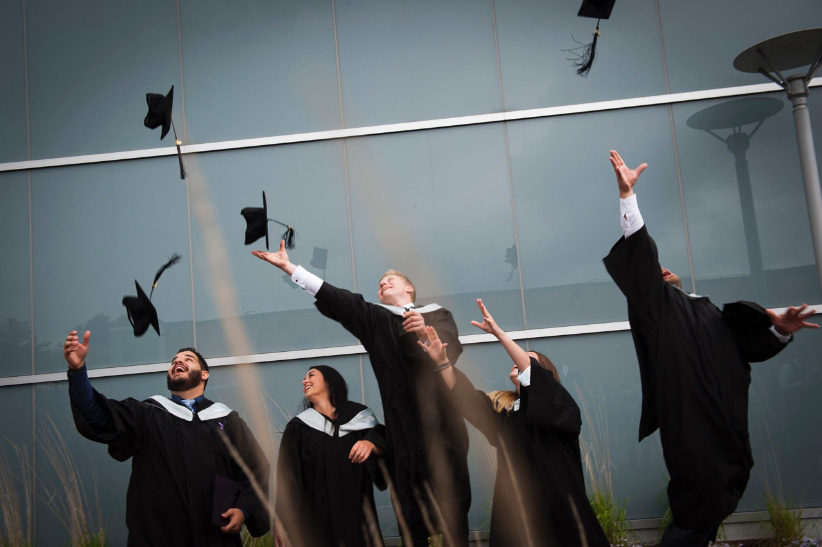 Familiar names top the ranking charts again this year: McGill University, Simon Fraser University and the University of Northern British Columbia all retain their first-place finishes in their respective categories.

McGill holds the top spot in the Medical Doctoral category for the 12th year in a row, with the University of Toronto and the University of British Columbia taking second and third place. Universities in this category have a medical school and a wide range of research and Ph.D. programs.

For the third year in a row, Simon Fraser tops the Comprehensive category. This is familiar ground for SFU, having taken the top spot 13 times in the rankings’ 25-year history. Three other universities have placed first in this category over the years: Waterloo, Victoria and Guelph. This year, they are second, third and fourth respectively. Schools in this category conduct a significant amount of research and offer a wide range of graduate, undergraduate and professional programs.

For the second year in a row, UNBC in Prince George, B.C., takes first place in the Primarily Undergraduate category. Its position at the top of the chart last year was a shocker, toppling Mount Allison University, which had enjoyed a solid eight-year run as No. 1 before falling to fourth place last year. This year, Mount Allison regains lost ground to finish second. Meanwhile, the University of Lethbridge maintains its third-place position for the fifth year in a row. Schools in this category focus primarily on undergraduate education with relatively fewer graduate programs and graduate students.

Large shifts in the rankings are rare because indicators such as research funding and university spending don’t vary wildly from year to year, and student and faculty awards, as well as publications and citations, are counted over a five-year period. Twelve of the 14 ranking indicators are derived from data from third-party sources, such as the three major federal granting councils (SSHRC, NSERC and CIHR) and Statistics Canada. The other two indicators are based on a reputational survey and a student survey. These surveys are subjective, and people criticize them—or praise them—for that very reason.

The reputational survey has been part of the rankings since its inception in 1991 and, in Maclean’s view, offers an important balance to the other statistics-based indicators. It asks university faculty and administrators, guidance counsellors, and business people who hire university grads to rate the schools on overall quality and innovation, considering the kinds of things that can’t necessarily be captured by traditional measures. Maclean’s also displays the survey results regardless of category for the national reputational ranking. Waterloo has dominated nationally, taking the No. 1 one spot 19 times since 1992, but this year the University of Toronto takes the top spot, as it did last year, while Waterloo comes second.

Maclean’s introduced a major student satisfaction survey last year, and while the magazine has conducted student surveys before, this was the first time results contributed to the ranking calculations. The new student satisfaction indicator, drawn from responses to 10 questions about student life, recognizes the importance of the student voice in the overall university assessment. In the Medical Doctoral category, Université de Sherbrooke is tops with students this year. This student input helped propel Sherbrooke up two places on the overall ranking. Bishop’s University—a small school also located in Sherbrooke, Que., but in the tiny borough of Lennoxville—is highest in student satisfaction in the Primarily Undergraduate category for the second year in a row. Wilfrid Laurier University, in Waterloo, Ont., scores the most points with students in the Comprehensive category.