Opinion: Controversy at the University of Toronto underlines the insensitivity faced by many student leaders on campus 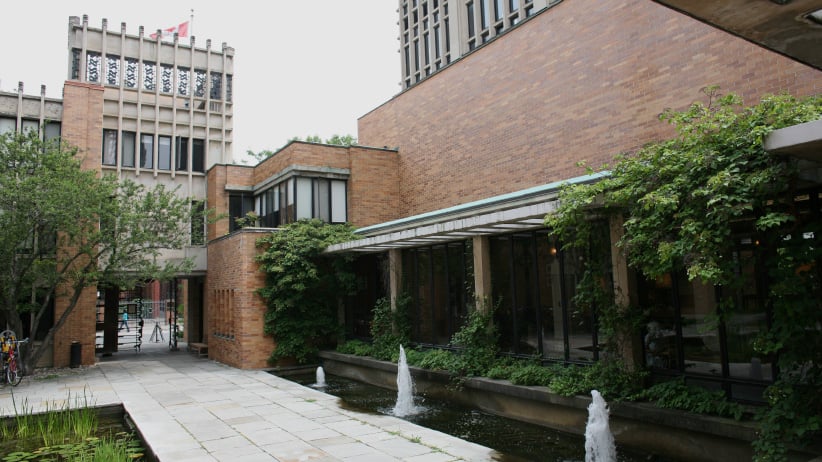 Since the election of Donald Trump, Canadian universities have been aggressively promoting themselves to international students. Eager to capitalize on a hesitation to apply to U.S schools due to rising xenophobia, Canadian schools have frequently touted themselves as a friendly, diverse alternative to their United States counterparts. However, recent incidents call into question this perception of harmonious diversity. Michael Marrus, a University of Toronto professor, resigned a fellowship at Massey College after making racially insensitive remarks. He had been sitting with three students when college head Hugh Segal, then known by the title “master,” asked to join them. “You know this is your master, eh? Do you feel the lash?” Marrus allegedly said to a black student. In addition to the professor’s resignation, the college suspended use of the “master” designation and promised anti-racism training.

But this is not the first time that U of T professors faced allegations of cultural insensitivity, nor is it the only Canadian school where such problems occur. Last fall, Toronto professor Jordan Peterson announced he would not honour students’ wishes to be identified with gender-neutral pronouns, even when asked to do so. Queen’s University last November dealt with the fallout of a racist costume party that was held by students. More recently, the student union at Ryerson University debated whether or not to change the name of the university, due to its namesake’s role in creating Canada’s residential school system.

While U of T weathered the Massey controversy, student leaders are beginning their terms across campus. They’re now busy working with their teams to plan for the new year and navigating racial tensions is bound to be a topic of discussion. Dealing with these situations would be difficult enough for anybody, but people of colour face an additional burden when taking on leadership roles.  I can relate to the latter experience.

I am of Sri Lankan descent. From 2014 to 2016, I served as the President of the Arts and Science Students’ Union (ASSU) at the University of Toronto, one of the largest academic student unions in North America. As president, I led a team of seven executives to advocate to the faculty on behalf of students, as well as run campaigns, services and events. My time at ASSU proved invaluable in my personal development, shifting my politics and dramatically changing not just how I saw the world, but how I interacted with it too. As much as I loved being president, the experience exposed me to subtle ways that racism operates. Too often, we think of racism in terms of extreme—the slur said on the bus or the mosque that was torched. More often than not, it’s more insidious.

Racism manifested itself to me mainly as a set of double standards. Student leaders are minor public figures on a university campus, so some criticism is to be expected. But during my tenure, it quickly became obvious which representatives were under the most scrutiny. For example, while it was commonly accepted that  representatives could be compensated for their labour, there were those who sought to challenge a meager honorarium I received.  These conversations happened in meetings and in face-to-face conversations, where I was made to feel guilty about collecting something that others were taking without challenge. These challenges did not seem to happen when the representative in question was a white man.

Leadership often requires making tough decisions on behalf of the student body. When you are a person of colour, you constantly wonder how your calls will be construed. From what I have seen on campus, people of colour are more likely to be accused of corruption, of not being transparent and, crucially, not being representative of the student body. This frequently manifested itself when student representatives would use their role to advocate for marginalized people and their causes. Just this past summer at Ryerson, two executives—who happened to be Black and Indigenous—at the Students’ Union launched a Colonialism 150 campaign in response to Canada 150 festivities. Other members of the unions’ executive complained of being allegedly kept out of the process and not consulted, adding that they would have taken a different direction had they been involved.

When you are agreeable, your race is rarely an issue. It’s only when you offer pushback or articulate policies that are deemed “too radical,” that you face harassment. Caricatures are created and  quickly posted on online message boards like reddit. White men are praised for strong leadership. But people of colour, myself included, are described as “bullies,” “aggressive” and “angry.”  In my case, more than one anonymous commentator on reddit thought it appropriate to call me a “dictator” and “tyrant.” Society already views people of colour, specifically Black and Brown people, as more violent, so it should come as no surprise that we are being described this way when we disagree. This sends a chilling message to representatives of colour—agree or be subjected harassment.

While people of colour can face harassment, on other occasions they’re simply not taken seriously at all. Ondiek Oduor knows all about what that’s like. Oduor, served as President of ASSU from 2016-2017 and as Student Head of Non-Resident Affairs at U of T’s Trinity College in 2014.  That year, the Student Heads team, who ran Trinity’s student government, wanted to implement equity reforms.  When it came to selling these ideas to the student body and the administration, the team made a strategic choice about who would speak.  “We collectively made a choice for the Male Head of College, who happened to be a white man to speak on these issues,” he says. “We knew it would be taken more seriously coming from him, rather than from person of colour or a woman.”

Ondiek, who is Black, describes his involvement at Trinity as “frustrating” and says everyday interactions made him acutely aware of the fact that he was in white space.  Frequently, when attending parties as a student leader with alumni at Trinity, some of the older alumni would often ask him “where he was from” or explicitly reference how rare Black students are at Trinity, whereas white student leaders would be asked about their studies.

Chris Ramsaroop, an organizer for Justicia for Migrant Workers, echoes some of Ondiek’s concerns about representation. Serving as President of the Student Administrative Council at U of T (now known as the University of Toronto Students’ Union) in 1998,  Ramsaroop says whenever people of colour raised concerns to those in the administration or to their peers, they were met with token gestures that were meant to pacify dissent. After a scandal surrounding Professor Kin-Yip Chun allegedly being denied a tenure track job because he was Asian, the university committed to reviewing its practices, but the promises were forgotten when student leaders inevitably ended their terms and passed responsibility to their successors.

If the consequences of getting involved in student politics are high for people of colour, then they are disproportionately high for women of colour.  Najiba Ali Sardar, a first generation Bangladeshi-Canadian activist served as Vice President Equity for the University of Toronto Students’ Union from 2014 to 2015. She says she found being a woman of colour in a students’ union to be one “one of the most taxing experiences of her life.” During her time as a student leader, a campus society decided to throw an insensitive “Mexican-themed” party. As VP Equity she started a dialogue around the event to explain to individuals why it was offensive. Rather than listening to her, she was attacked and harassed for weeks. Later, when the society did make changes, she found that her contributions to the discussion were not acknowledged. “It’s a bit disheartening to put all of your time, labour, and energy towards issues you’re incredibly passionate about, just to have all of that be disregarded.”

Racism in student politics is rarely visible to the average student, but takes its toll on student representatives. Accused of playing the race card, representatives are more likely to recede and play less of a role in the future; almost everyone I interviewed referenced being burned out.  This discourages people of colour from pursuing leadership roles in the future. If student leaders, a privileged group of students, are undergoing this type of harassment, then chances are, members of the student body are too. The people who contribute to this climate may not be bad individuals or may not intend to be racist, but that is how systemic bias works, it operates under the radar. This is not about accusing people of wrongdoing but rather about actively confronting these biases.

Universities can start to take steps to tackle this problem. The collection of race-based data is a first step, which some universities, like U of T, have committed to implementing. It will allow for better, targeted policies. To mitigate the barriers that prevent marginalized groups from getting involved in student government, universities and student organizations must work together to introduce bursaries, awards and honorariums to people of colour, especially for those who demonstrate financial need.  Finally, once in their roles as leaders, people of colour need access to support systems and student organizations need to ensure they have robust harassment policies that work.

When we talk about representation, whether at the workplace or at our universities, we have to talk about what that actually looks like; there is no use in having a diverse board if you don’t value the contributions of the people on it. We have a choice, we can either choose to do the hard work of achieving meaningful diversity, or we can continue on this unproductive path of tokenism.