With new flexible options, the MBA is no longer one size fits all 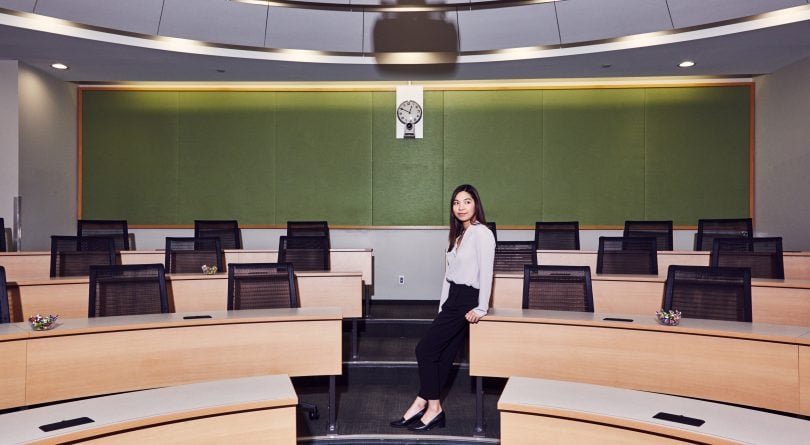 Vivian Liu always had her sights set on earning an MBA, the flagship credential for those with leadership aspirations. This year, at age 25, she was ready to go back to school—but not at the cost of leaving a marketing job she loves at Bell Canada, where she was recently promoted to senior manager.

That’s why she’s opted for a new version of the MBA being offered by Western University’s Ivey Business School. In January 2020, Liu will begin a 12-month blended-learning (in-class and online) MBA for working professionals at Ivey’s downtown Toronto campus. “It allows you to think about exactly what you want and to pick what makes sense for you at that moment in your career,” she says.

MBA programs have traditionally been delivered over one or two years for students with five to seven years of business experience. Last year, the Graduate Management Admission Council, which administers the globally popular GMAT MBA admission test, reported 1,538 domestic applications to Canadian business schools, an 11.2 per cent drop from 2017. Overall applications to Canadian schools rose 7.7 per cent last year over the same period, buoyed by a hefty 16.4 per cent jump in applications from abroad. The domestic application decline, coupled with shifting employer demands and student interests, has led some schools to revamp or, occasionally, blow up the traditional MBA model.

Ivey’s new accelerated MBA for business graduates—with Vivian Liu a member of the first cohort in January—targets a particular slice of the market: young professionals with several years of experience who choose to live in the Toronto region and prefer to study while working.

“Three thousand business graduates are locating in Toronto every year,” says David Wood, faculty director of the program. “We want to be where they are.”

RELATED: Got into multiple MBA programs? Here’s how to pick the best school for you

Tiff Macklem, dean of the Rotman School of Management at the University of Toronto, says, “The good news for students is that there has never been more choice.” Rotman is in a minority of Canadian schools that still offer (and have no plans to change) the classic two-year MBA, which has its deepest roots in the United States. Macklem says Rotman’s full-time program recorded substantial growth over the past five years, with applications up 40 per cent, even as the school added variations on the classic model: early morning and evening programs for working professionals; an executive MBA for mid-career professionals; a global executive MBA delivered with a top Italian business school; and an MBA for health care and life sciences.

Meanwhile, several schools are rolling out MBA redesigns for September 2020.

The faculty of business at Memorial University, for example, has a new MBA in social enterprise and entrepreneurship. It includes a mandatory four-month internship, and experiential learning projects that promote direct contact with community-based business owners and social entrepreneurs. McGill University’s Desautels Faculty of Management will introduce changes to its 20-month MBA that expand choices on the length of study (either 12, 16 or 20 months) and offer specializations within the degree. “The market is calling for more flexibility in general,” says Desautels dean Isabelle Bajeux-Besnainou. “Flexibility—that is the key word in what we have been doing here, to try to adapt to the student needs as much as we can.”

Also next fall, the University of British Columbia’s Sauder School of Business will add the topic of technology and analytics leadership to three career tracks already embedded in its MBA, recognizing Vancouver’s status as a digital hub. “We feel all MBAs need to have some of that analytics and technology training in their back pocket,” says Darren Dahl, director of Sauder’s Robert H. Lee Graduate School, citing employer demand. 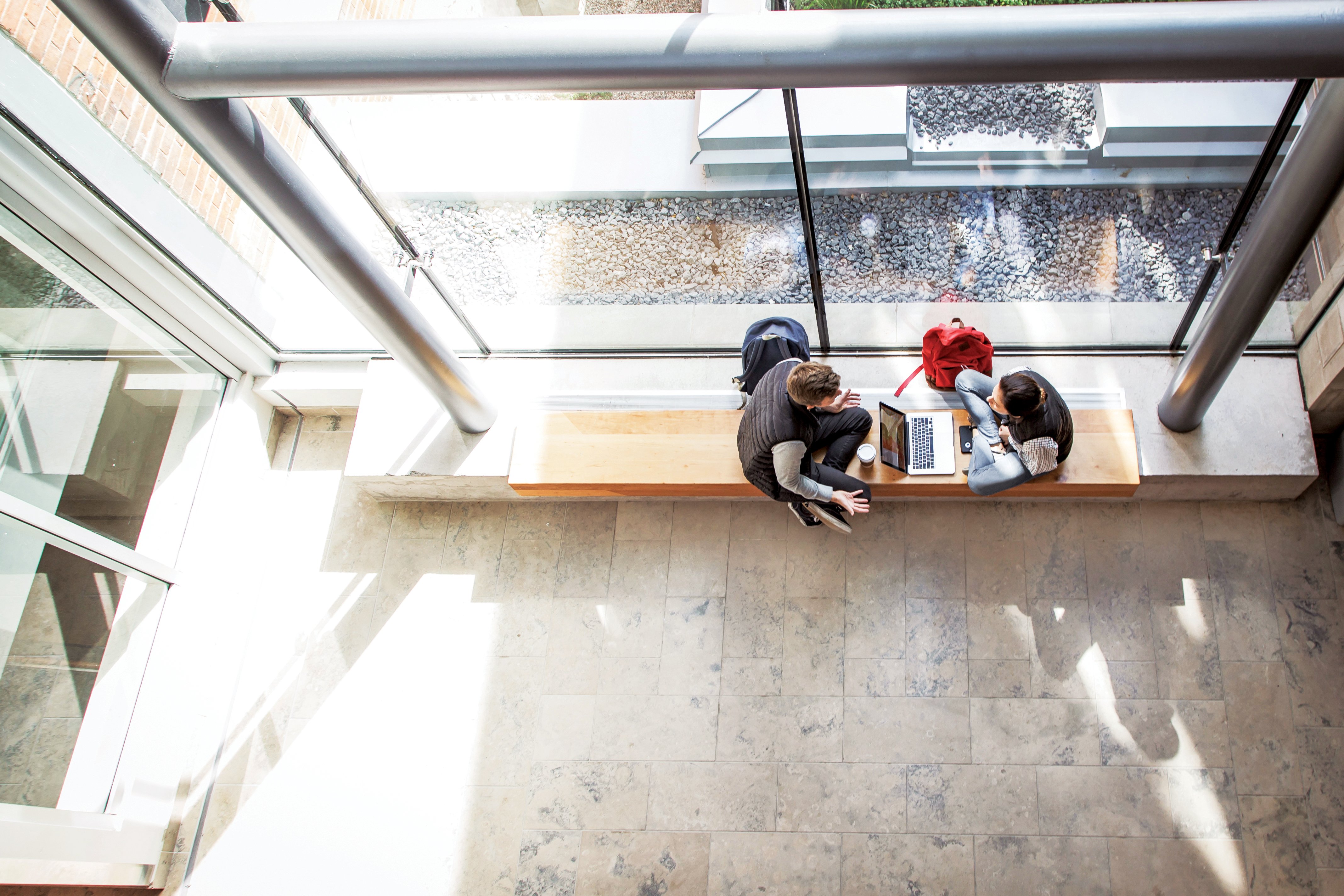 In a dramatic move, the University of Victoria’s Gustavson School of Business will replace its 16-month MBA program in September 2020 with one of the same duration in sustainable innovation. “We felt we needed to differentiate ourselves from a lot of the bigger schools, and for us this was a natural way to go,” says MBA program director David Dunne, whose school was one of the first to go carbon neutral on frequent air travel and is a member of the Globally Responsible Leadership Initiative, a sustainability-focused network of industry and academia. With an initial class of 20 to 25 students, Dunne expects a 50-50 split of domestic and international students from non-traditional backgrounds. “The kind of students we are looking for are those who want to change the world, and who want to learn business skills to do that,” he says.

“We have been pushing hard to say there is not a typical MBA candidate,” says J.D. Clarke, executive director of masters programs at Ivey. Business and engineering graduates account for about two-thirds of the school’s MBA class, but Clarke says “tomorrow’s leaders come from everywhere and every background.”

RELATED: How to ace your MBA admissions

Fletcher Courage was an accredited sommelier working at the Rideau Club in Ottawa when, restless about a restaurant industry career with limited income potential, he enrolled earlier this year at Ivey. Halfway through the year-long degree, he expects to make a career pivot either into commercial banking or the high-tech sector.

“I still feel like a bit of an outsider, but I also feel that people from non-traditional backgrounds can have a huge impact and add so much to these classes,” says Courage, who has led wine-tasting events for his classmates and is organizing a class tour of Niagara Region wineries.

Despite gloomy forecasts of the MBA’s demise, global hiring trends for recent graduates remain strong “relative to historic trends,” according to the Graduate Management Admission Council. A 2019 GMAC global recruiter survey found that 56 per cent of employers plan to increase MBA graduates’ salaries at or above the rate of inflation this year. A separate GMAC survey, also released last spring, reported record-high starting salaries for recent U.S. graduates with advanced business degrees. “The degree highest in demand remains the MBA, and the highest value for students remains the MBA,” says Chantal Hervieux, MBA program director at the Sobey School of Business at Saint Mary’s University in Halifax.

“It really is all about adaptation and taking what the market signals are,” says Elspeth Murray, associate dean of MBA and masters programs at the Smith School of Business at Queen’s University. Like others, she anticipates a shake-out of what she describes as “plain vanilla” MBAs that fail to adjust to employer and student needs.

But as a program that evolves, the MBA “will never die,” she says. “There will always be a need for general managers with a general management perspective.”