Microcredentials: A mini guide to the micro college course market

Microcredentials are increasingly on offer at Canadian colleges, with short, focused courses that can help give your career a boost 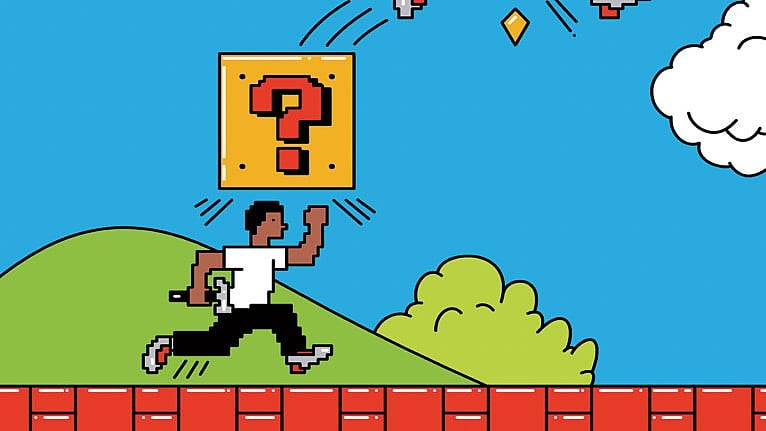 Microcredentials—short courses designed to quickly teach new skills or upgrade existing ones—have long been offered by colleges, but the pandemic seems to have kicked their popularity into high gear. “I don’t think a week has gone by recently when I haven’t heard of a college developing a new microcredential, and this is largely a response to the labour market,” says Denise Amyot, president and CEO of Colleges and Institutes Canada (CICan). In November of last year, one in four Canadians was considering a career change, according to the LifeWorks (formerly Morneau Shepell) monthly Mental Health Index, which measures the mental health status of employees during COVID across Canada, the U.S., the U.K. and Australia. Layoffs and reductions in hours affected many sectors, but lower-income jobs—especially non-unionized workers in retail and hospitality—were particularly hard hit.

The good news is that education is adapting. Spanning a range of skills and industries, microcredentials cover everything from data literacy and computer-aided design to reading blueprints and advanced wilderness first aid. Length is one major feature that distinguishes microcredentials—which run eight to about 200 hours—from other types of courses, though some educators think the way they’re assessed is a more important factor. Misheck Mwaba, president and CEO of Bow Valley College, says the fact that employer-defined competencies are used by post-secondary institutions in evaluating student performance is critical. “Without authentic assessment, there is no microcredential,” says Mwaba.

Colleges have an edge when it comes to developing microcredential courses, since they’re typically in conversation with industry and well versed in targeting education for industry’s needs. For instance, IBM recently made Bow Valley College the hub of its Skills Academy, which awards globally recognized digital badges after the completion of short courses that focus on tech skills. “We understand that skills fuel the economy and there is a [skills] gap with the advent of intelligent automation technology,” says Colette Lacroix, industry executive for higher education and research at IBM Canada. “IBM’s mission in transforming the workforce with partners such as Bow Valley College focuses on addressing these increased talent needs at scale.” Similar collaborations include the Amazon Web Services (AWS) Academy, which partnered with the College of the North Atlantic to develop tech microcredentials, and Red River College’s partnership with SkipTheDishes to train a newly virtual workforce.

However, the certification a student receives after a microcredential course varies widely across the country. Some courses are offered on a no-credit basis, others amount to a badge of completion and still others count toward a diploma or certificate. If this seems like a patchwork system, that’s because it is. Canada does not yet have a cohesive system for designing, regulating or transferring this type of programming. In contrast, New Zealand—arguably the world’s foremost adopter of microcredentials—has a national qualification system for them, with regulation through its centralized education authority.

READ: Going to college? The best advice for new students

“[Post-secondary institutes and government] have not done a good job in articulating what a microcredential is and the value it provides to both the employer and the student,” says Mwaba. A report from the Higher Education Quality Council of Ontario showed that most employers don’t know exactly what a microcredential is, though about two-thirds say it would increase their confidence in a potential employee if they were to list a microcredential on a resumé.

In 2019, Mwaba and 20 other academic leaders began work with CICan to develop a national framework for microcredentials, complete with a definition and guiding principles. It was released in March and, while it’s not the same as a government-backed qualification system—as in New Zealand—it’s a start. The upshot of CICan’s recommendations is that microcredentials should be competencies-based—that is, they should centre on specific skills defined by employers and industries—and be subject to robust quality assurance and regulation.

Other groups are working to research and regulate microcredentials. In 2019, eCampusOntario—a non-profit that focuses on access to online learning—commissioned a report on microcredential principles and frameworks, which led to a recognition system that has since been adopted by several colleges and universities (including Humber, Wilfrid Laurier and St. Lawrence) to guide new microcredential courses. Also, several provinces have taken up the charge to fund pilots for microcredentials, including British Columbia, Quebec and Ontario.

While governments and educational authorities continue to develop the country’s scaffolding for microcredentials, colleges are leading the charge and churning out innovative, career-oriented programs. Here’s a sample of what’s on offer across the country. 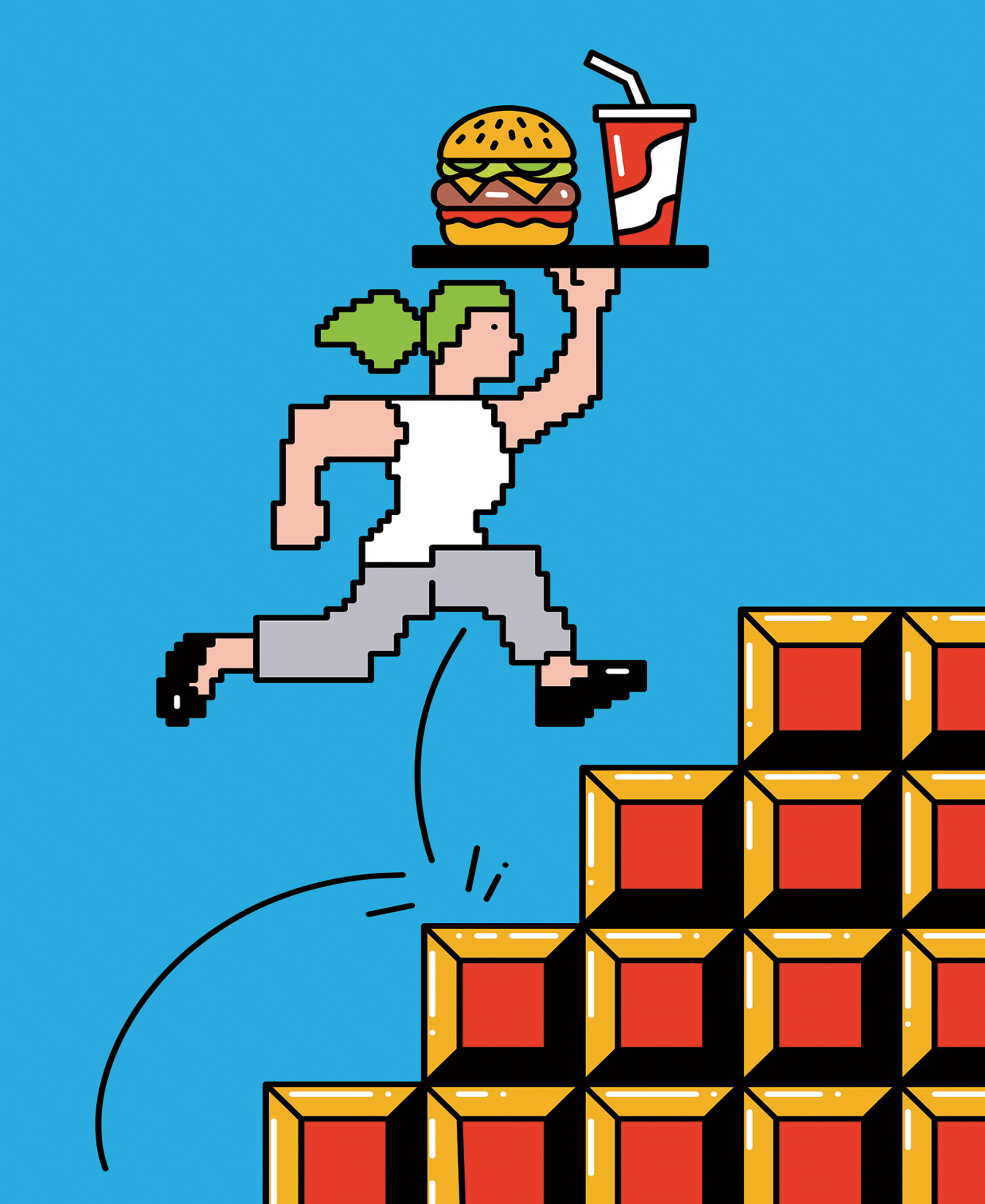 British Columbia’s Building Code aims to make all new buildings “net-zero energy ready”—that is, buildings that use the same amount of energy as is produced on-site by renewable sources—by 2032. The microcredential courses in Camosun’s Clean Energy, Efficient Building program teaches the skills needed to build these efficient, long-lasting, climate-friendly structures. You learn how to design and implement photovoltaic (solar) energy systems, how to build highly insulated, efficient residential buildings and prepare for certification exams run by Passive House Canada—a national non-profit that offers credits recognized by several professional associations like the Planning Institute of B.C. (Camosun partnered with Passive House to develop their efficient building courses).

These courses range from 18 to 33 hours. If you complete three in a given specialization, you receive a clean energy and efficient buildings certificate from Camosun. “Some people in the program are already working in industry, while others are looking to gather knowledge in this up-and-coming field. Some are even just looking to install solar panels on their homes,” says Ross Lyle, chair of Camosun’s mechanical engineering department. Admission requirements are flexible, and students don’t have to be working in the trades, but Lyle says some prior industry knowledge—like familiarity with Excel and how to read architectural drawings—is helpful.

It takes a village to make a movie, and working as a production assistant (PA) on film sets is a common entry-level step into the industry. PAs are responsible for a wide array of duties—they might be charged with driving cast and crew around, copying scripts, making phone calls or moving equipment. North Island College’s tuition-free Motion Picture Production Assistant microcredential—which is funded in part by the province of B.C.—covers a load of film-set basics, from general workplace safety and pandemic protocols to respectful communication and industry lingo. You graduate with Motion Picture Industry Orientation, Motion Picture Safety, and Workplace Hazardous Materials Information System (WHMIS) certificates, which are required to work on set in B.C.

The program is recognized by the Directors Guild of B.C. and, like many microcredentials, was developed in consultation with industry: in this case, the not-for-profit health and safety organization ActSafe, and INFilm, the Vancouver Island North Film Commission. It’s a 12-week, digitally delivered program with a mix of scheduled and unscheduled classes. Quentin Tarantino’s first job was as a PA on an exercise video. The sky’s the limit.

Transitioning oil and gas workers into the tech sector is a priority for the province of Alberta. According to Calgary Economic Development, Alberta is projected to have 77,500 tech jobs by 2023. One way to get a foot in the door is by enrolling at the IBM Skills Academy—a microcredential program focused on tech skills, for which Bow Valley College is the first Canadian hub. Graduates get an IBM digital badge, which is recognized by employers around the world. Among the digitally delivered courses on offer is Business Intelligence Essentials, a 24-hour course centred around the burgeoning field of data science. Data scientists inform business decisions in a huge range of industries, and since the accelerated shift to digital commerce during the pandemic, professionals with this skill set have been more in demand than ever.

This course is also the first step to the more advanced 36-hour Business Intelligence Analyst course. Given their widespread recognition, IBM Skills Academy courses are a solid way to dip your foot in the world of well-paying tech jobs. For instance, a business intelligence analyst in Calgary makes an average of more than $84,000 a year.

READ: The lost year in education

For aspiring coders, Python is among the most useful programming languages to master. It’s used in businesses of all sizes and in a broad range of fields: application and website development, data science, gaming, and even the rapidly growing artificial intelligence and machine-learning sector. Fortunately, it’s also considered one of the more intuitive languages to learn since, relative to other back-end programming languages, it’s concise and easy to read. That’s a serious boon for beginners. Sheridan has a comprehensive Python Web Developer microcredential program that takes you through basic, intermediate and advanced Python over 126 hours. You’ll build your own Python application and learn how to deploy it, and, just as importantly, learn to think about problem-solving like a computer scientist. At the end, students get an official credential document from Continuing and Professional Studies at Sheridan. You’ll need your own laptop to take the course; be sure to check the minimum system requirements to make sure your computer fits the bill.

Though Montreal’s Dawson College doesn’t officially refer to this course as a microcredential, it’s among 11 CEGEPs in the region to have launched short-term training courses following a $1.9-million grant from the Quebec government. Like other courses funded by the grant, it’s geared toward people looking to upskill after losing their jobs during the pandemic. This full-time, 225-hour course focuses on a trifecta of skills: business communication, software knowledge and basic web design. It’s a solid base for getting work as a business administrator: you’ll learn the ins and outs of professional communication, building relationships with colleagues and clients, advanced spreadsheet skills and the fundamentals of web design. The program is taught in English, though one of the courses covers basic French business terminology.

READ: How business schools are dealing with the rise in cryptocurrency

The demand for food delivery services skyrocketed during the pandemic, and like the rest of the world, the staff responsible for training operations teams were suddenly forced to adjust to working remotely. SkipTheDishes, a Winnipeg-based delivery service, saw a need to upskill its trainers for the new normal. To that end, the firm partnered with Red River College to develop two microcredentials focused on virtual work for its training staff—that is, to train the trainers, who normally run in-person customer service workshops—on how to deal with customers, restaurants and couriers on the back end of the app.

There’s an eight-week, one-hour-per-week course on training in a virtual environment and another four-week, two-hour-a-week course on virtual leadership. The courses focus primarily on communication in the virtual realm—how to engage learners and communicate effectively when in-person training isn’t an option. Upon completion of each course, students get a digital Red River College professional badge that can be added to resumés, email signatures or social media profiles. “The microcredential program is a focused approach to learning that concentrates on the needs of our business, and we were able to provide feedback to the developers of the program along the way,” says Don McLean, director of operations.

This article appears in print in the Maclean’s 2022 Canadian Colleges Guidebook with the headline, “Level up!”