My secret life attending two universities at the same time 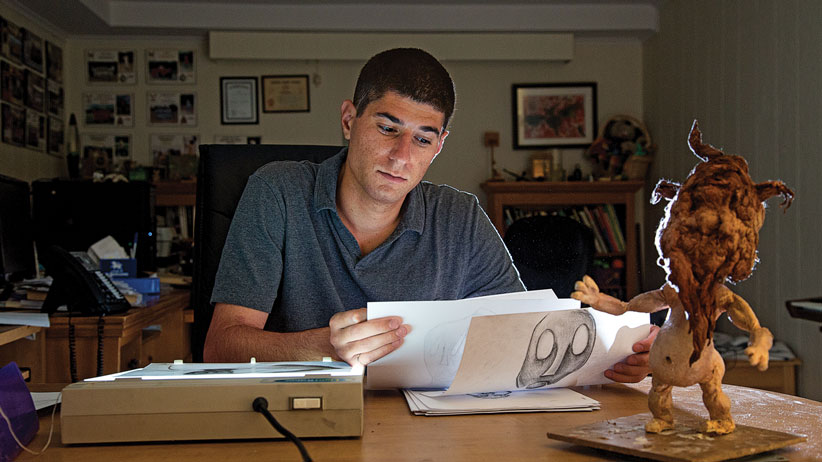 I’m done with school. In the last few years, I’ve done rather a lot of it all at once. Until I graduated in May, I was doing two simultaneous, separate bachelor’s degrees at two universities, one in mechanical engineering at McGill University and the other in film animation at Concordia University. Fortunately, these Montreal schools are about 15 minutes away from each other, so no teleportation was required, although, at times, it would have helped.

Is this allowed? I have no idea (although I don’t see why not), because I never bothered informing either university, believing that they might have been annoyed about it. But now that I have two shiny degrees that I assume can’t be revoked (fingers crossed), I figure it’s safe enough to reveal the details of my double life.

Since my last year of CÉGEP, I’d always wanted to do some combination of engineering and animation. When I applied for university, I learned Concordia doesn’t allow engineering students to do double majors. In the end, though, my portfolio wasn’t strong enough, and I was not accepted into the three-year program anyway.

I started off in mechanical engineering at McGill, and I didn’t like it. I wanted to be a mechanical engineer because I’d always wanted to be an inventor, and I figured that degree would give me the knowledge to make anything I could imagine. But then the program at McGill turned out to be totally focused on theory, with barely any practical courses. We never made anything.

Engineering courses tend to start with the professor presenting a formula that can’t be solved with simple math, then throwing a bunch of assumptions at it until it can be solved. The rest of the course is spent looking at different cases, where the professor changes the assumptions slightly each time. Because the professor leads the students by the hand and shows them all the combinations of assumptions, no one ever really learns much.

After about a semester or so, I was dying. A vision of film animation popped into my head again, and the idea of dropping engineering was attractive. I checked the deadline to apply to Concordia, and it turned out I had two days to submit my application.

I rummaged around frantically to find my portfolio, tore a bunch of stuff out of it, took pictures of some new artwork, crammed those and some different sketches back in, rewrote my cover letter and submitted my application at the last possible minute. And then, having the mindset of an engineer and not believing in luck, miracles or anything coming easily, I assumed I wouldn’t get in. I resigned myself to a life of throwing assumptions at formulas. Several months later, the letter arrived: I had been accepted.

As far back as I can remember, I’d always seen myself as an engineer (or, at least, an inventor), and I like to finish things I start. I’ve never really wanted to do or be one thing. So I figured I’d just do both.

At the time, I assumed film animation would be easy. Like many people pursuing degrees that involve science or math, I believed non-science degrees were way easier. And when I was studying mechanical engineering, I had plenty of free time on my hands. I went to bagpipe practice at least once a week, did art lessons, and learned woodworking on weekends. And I wasted lots of time. So I thought that I could just replace all my hobbies and wasted time with a part-time course load of film animation, while still maintaining a full course load in mechanical engineering.

Luckily, courses could be dropped after a few weeks, or else I would be dead. After significantly realigning expectations, I ended up doing three full-credit courses at each university. This would pretty much be my course load for the next few years, along with as many summer courses as possible.

Let me tell you, film animation was way more work than mechanical engineering. Don’t get me wrong; mechanical engineering at McGill can be really difficult. And it can be frustrating, because it’s easy to get stuck on something and not be able to figure it out. But there is nothing in the world more time-consuming than animation.

In hand-drawn animation, up to 24 images have to be drawn for every second of film time, creating a sense of motion. My final-year film was five minutes long. Using other techniques, such as CGI or stop-motion, the time spent physically animating may be somewhat shorter, but the R&D and preparation stage is much longer, so, ultimately, it’s not any faster.

There are a few things that made the workload manageable. First, the more work I have, the more efficient and focused I become. (Although I’ve found it’s impossible not to waste time to some extent, especially while trying to study something boring. This wasted time just has to be factored in.)

Second, while studying mechanical engineering required me to be sharp, I could get many of the long, tedious stages of the animation process done with very little sleep. So I would stay up over a few days to work on animation, then sleep a bunch and study for an engineering test.

Third, none of my fine arts courses had final exams during the exam period, so there was never any risk of having two exams overlap.

And last, because I couldn’t pay attention in engineering lectures, I just learned from the textbook or whatever notes the teacher posted on the Internet. So, when work heated up to the point that I badly needed sleep, I ended up skipping nearly all my McGill classes and was still able to do all right.

Scheduling caused some of the highest levels of stress that I have ever experienced. McGill engineering is strict about prerequisite courses and doesn’t allow course overlaps. So if a student deviates from the usual schedule (students often fail courses and redo them, study abroad or get internships), he starts to run into problems, because more and more of the necessary courses conflict. As a result, I had to plan years in advance and have a high course load early on in order to have all required prerequisites and reduce the risk of scheduling conflicts later. However, sometimes this meant that McGill classes partially overlapped with Concordia ones.

Out of the two degrees, I learned much more from film animation. The program and classes were just much better structured. Every year at Concordia, there was a course in which we would make one or more films, applying the technical and theoretical knowledge gained from previous courses.

We were encouraged to work on our own projects, so everyone’s motivation and work ethic were always extremely high. It was still structured, so we had to make a plan and follow a schedule. We had to tackle technical challenges up front to prove we could handle them, and there were specific deadlines and goals that we had to hit.

All in all, film animation at Concordia was about learning through projects. This is what I really wanted from engineering.

At McGill, classes didn’t feel structured or tied together, and little focus was placed on—or support given to—students doing projects, whether inside or outside of classes. My experience with McGill engineering in general is that it is a very disorganized and uncaring environment. I came in extremely enthusiastic, but that enthusiasm was slowly sucked out of me.

Coming out of the film animation program at Concordia, I am confident I can make a film. After finishing a degree in mechanical engineering, I don’t feel as though I’d know where to start on an engineering project. I don’t expect that I should come out of university knowing everything, but I do expect that I should come out of it with the confidence to start something and learn as I go along.

I don’t regret going to McGill, if only because I never would have been able to do the film animation degree concurrently if I’d gone somewhere else. And I’m glad I got to do both degrees at the same time. If you were wondering—or perhaps looking for an excuse to discount my criticisms—my marks were pretty decent in both degrees.

I’ve had a few recurring nightmares, where I would dream that I’d taken on a third simultaneous degree at a third university. I think maybe it’s a sign that I’ve had enough school for a while. But my friend, the music composer on my films, was doing a medical degree at the same time as a master’s in film-music composition. He’s done at least three bachelor’s degrees before that, one of them in engineering. So there is still much to aspire to.