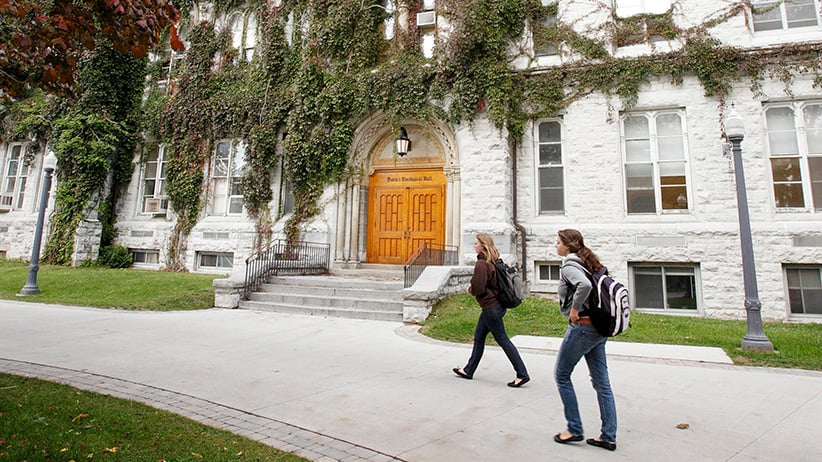 Students applying to college and university for the September 2017 semester will be the first to benefit from the new OSAP. Last year, Ontario announced that it would be revamping financial assistance to make college and university more affordable for students, with some even being eligible for “free” tuition.

Many might not realize that also benefiting from the changes are qualifying “mature” students. This means that eligible Ontarians can go to college or university as mature students with enough OSAP grant funds to possibly cover their entire year’s tuition. The hope is that they can brush up on their skills to get better jobs in the workforce. (For the purposes of OSAP, a student would be considered a ‘mature’ student if they are a single “independent” student, married/common-law, or a sole support parent. In general, students are classified as “dependent” whether or not they are living on their own if they have been out of high school less than four years.)

Overall, the changes are impressive. In fact, the new OSAP rules will make average tuition free for students, including mature students and adult learners who do not have a college or university degree and whose family income, in general, is less than $50,000 per year. As well, students with kids may also be eligible to receive OSAP funding for child care costs, and students from higher income families will also benefit from more generous grants and loans. “The Ontario Student Assistance Program (OSAP) is available for all types of full-time post-secondary students including mature students, married students, students with children and students dependent on their parents,” says Sean Greson, issues manager for the Ministry of Advanced Education and Skills Development. “Eligibility for the new OSAP grant will not depend on the number of years out of high school or program level.”

For instance, the new OSAP will be more responsive to family size. “Grant funding will be available to families with incomes above $160,000, as the income threshold will increase with additional family members,” says Greson. “That means that for a family of four, the new OSAP will provide non-repayable aid such as grants, to students from families with annual incomes up to $175,000.”

MORE: Does the free tuition promise add up?

In addition, for the 2018-19 academic year, OSAP will reduce the amount parents and spouses are expected to contribute, further increasing levels of support to students from middle to upper income families and married students.

If you’re interested in finding out if you or a family member qualifies, Ontario has launched a new online calculator at Ontario.ca/osap to allow students to find out instantly whether they qualify for free tuition or other grants from the province. General information on the application process is available there, but students can also use the online calculator on the OSAP website to find out quickly and easily whether they qualify for free tuition and how much they might receive. As just one example, if you’re a single parent, have three children and earn $60,000 a year (in this case more than the $50,000 average), the new OSAP calculator will reveal that you are eligible for more than $16,000 of non-repayable aid, making the average university tuition in a year free with money left over for books and fees.

About 150,000 people in Ontario will be eligible to receive free tuition as a result of the improvements the provincial government is making to the OSAP program. In fact, in 2014-2015 alone, Ontario issued almost $1.3 billion in grants and loans to students. In the long term, these OSAP changes mean that more than 80% of all those who receive OSAP will graduate with less provincial debt—a great value for low and middle-income Canadians and their families.