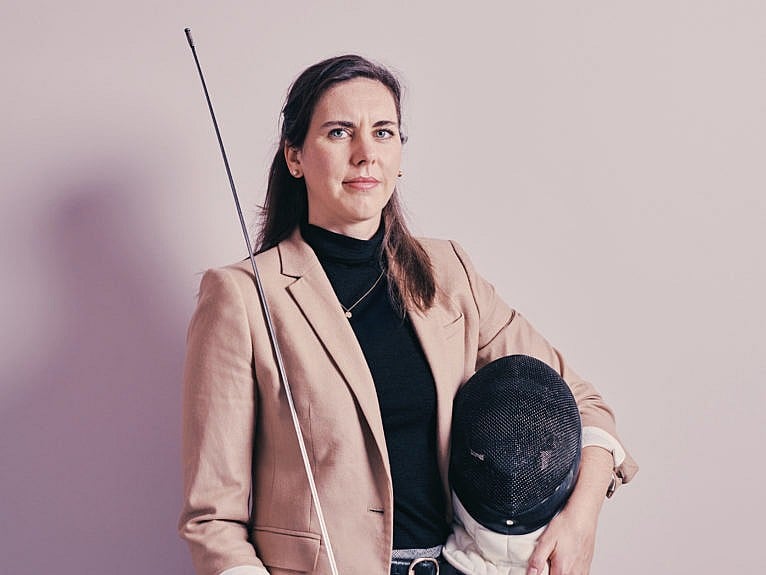 There’s a lot of overlap between the qualities athletes must possess to make it to the Olympics and those required of successful students and, later, businesspeople: leadership, collaboration, determination and time management are key in both fields.

But talk to Erica Wiebe, Brad Gushue and Melanie McCann, current and former Olympians who are all enrolled in an MBA program at Queen’s University’s Smith School of Business, and it quickly becomes clear that their athletic prowess sets them up for success in other ways, too. Being coachable, for example, or understanding how to spot—and close—the “gaps” in their knowledge or experience.

These athletes are well-suited for careers in business, but they are also pursuing MBAs as a way of setting themselves up for the future. They enrolled at Smith through Game Plan, a program intended to provide Canadian athletes with resources to support their education, skill development, health and career management both during their athletic careers and as they transition into the next phases of their lives. Smith has signed on as a partner for an eight-year term and has pledged to provide 1,200 Olympic athletes with access to scholarships. Game Plan has also partnered with other institutions—including Athabasca University, Royal Roads University, the University of British Columbia and the University of Calgary—that provide flexible course loads, alternate delivery methods and student athlete-specific resources.

Maclean’s caught up with Wiebe, Gushue and McCann to talk about the similarities between their athletic and academic careers, what attracted them to business school and what they hope to do with their MBAs. 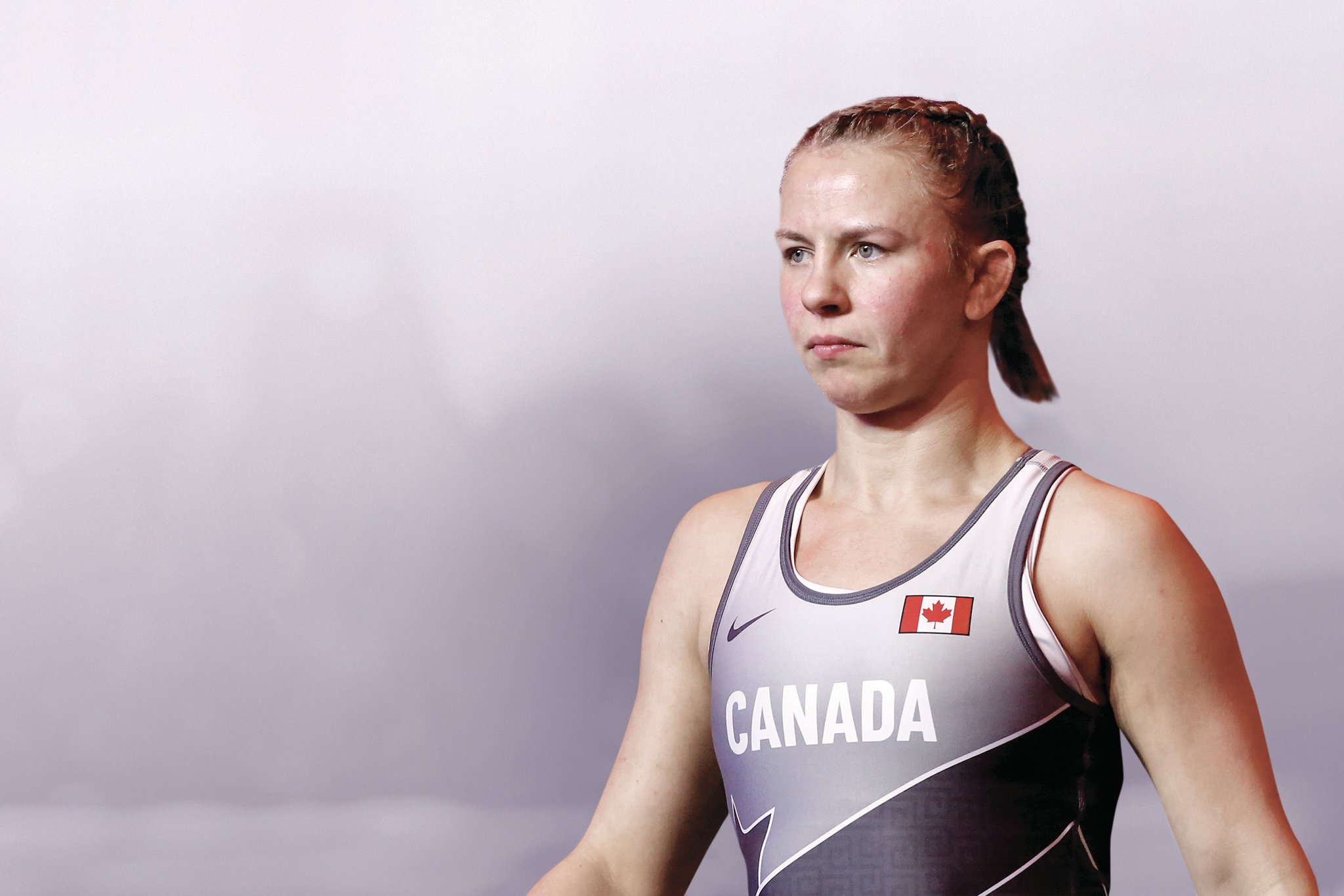 After winning gold at the 2016 Olympics, Wiebe began looking for a new challenge outside of sport (Courtesy of Wrestling Lutte Canada)

“I thought an MBA would be an accelerator to really get me where I want to go.”

After winning the gold medal in women’s 75-kg freestyle wrestling (Canada’s third-ever gold in freestyle wrestling) at the 2016 Summer Olympics, Erica Wiebe embarked on a “whirlwind” of other projects, from wrestling in a professional league in India to trying out for the WWE to embarking on a speaking tour that saw her reach 15,000 kids across Canada. But none of these felt like quite the right next step. “I still needed something outside of sport to challenge me and be part of my identity,” she says.

So, she took a consulting job in Deloitte’s Calgary office, where she focused on human capital. “That gave me exposure to a huge breadth of industries and sectors and roles, and really got me excited about all the possibilities within business,” she says. “But I started to realize I had some gaps in terms of my business acumen. I thought an MBA would be an accelerator to get me where I want to go.”

She applied for the Queen’s-Cornell partner program in 2019 with the understanding that, if she got in, she’d defer until after the Olympics. But then, COVID. Not long after she interviewed for the program and qualified for the Olympics, the 2020 Summer Games were postponed indefinitely. Clubs and training facilities were closed, too. But school was still in session, and when the adviser for the Executive MBA Americas program reached out to ask Wiebe whether she’d consider starting that June, with the assurance that the school would work around her training schedule if and when the Olympics were back on, she said yes. So, for the past year, she’s done both.

“I competed in the World [Cup] championships in Serbia in December and I did a European tour in February, all while doing classes on the weekends and in between wrestling sessions,” she says.

If that sounds like a lot, well, it is. In fact, Wiebe decided to defer three courses this summer so she could focus on preparing for Tokyo. But there’s also a real benefit to having multiple priorities: “Having a class [helped me] forget the fact that I couldn’t train or compete,” she says. “Having something to take my mind off that and give me structure and focus outside of sport has been really helpful.”

Of course there’s overlap between these two parts of her life. “We’ve talked about athletes having great time management skills, but I think what athletes are really exceptional at is energy management,” she says. “That’s understanding the micro and macro cycles of training, and how that actually relates to prioritization for any really challenging task. An athlete knows you can’t go 110 per cent 365 days a year. You have to take care of the whole spectrum, which includes rest, recovery, rehab and prehab.” 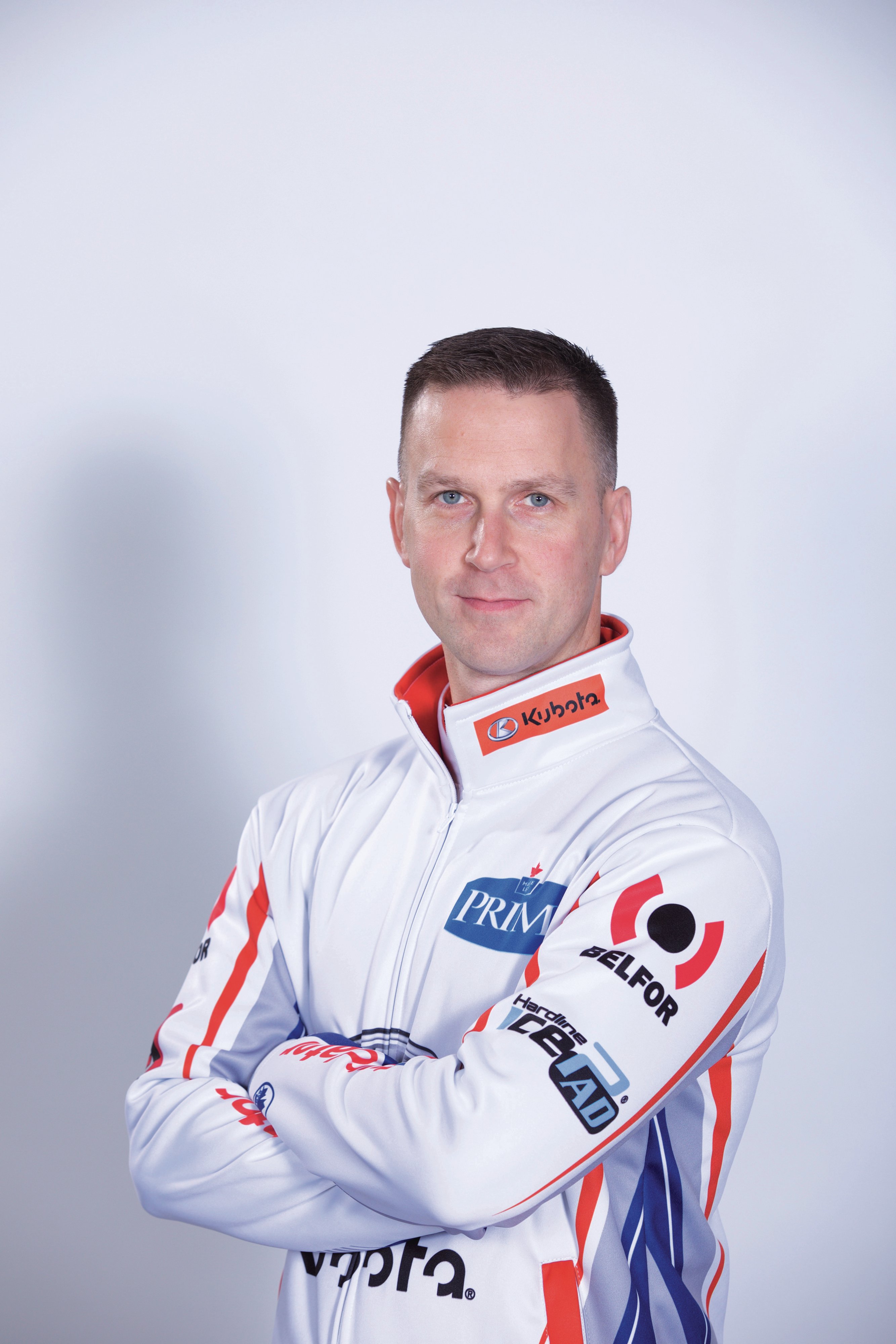 For curler Gushue, experience competing on a team has been hugely helpful in his MBA studies (Courtesy of Anil Mungal/Team Gushue)

“This is an opportunity for me to be more prepared when I’m done my athletic career.”

Sixteen years after he first won gold at the 2006 Winter Games in Turin, curler Brad Gushue is training to represent Canada at next year’s Winter Olympics in Beijing. The married dad of two is also a business owner—he and teammate Mark Nichols opened Newfoundland and Labrador’s first Orangetheory Fitness studio in St. John’s in 2017, and have been dealing with the uncertainty of COVID since last March. And, as of January, he’s back in school—almost two decades after he completed his undergrad in business administration—this time in the Accelerated MBA Program at Smith.

Gushue, who is 40, doesn’t see retirement in his immediate future, but he does want to make sure he’s planning ahead. “I don’t want my curling career to end any time soon, but you know, nature and Father Time sometimes decides that for you,” he says. “I’d love to play a leadership role in any sort of company, whether it’s my own or in a corporate environment or in a not-for-profit, politics, who knows. So, I can’t see how this program’s ever going to hurt me.”

Still, he was a little nervous to head back to school—though not for the reasons you might think. “I wasn’t as heavily stressed from a time management standpoint,” he says. “But it had been 17 years since I’d written a paper or studied or done anything like that. So, I was very stressed about getting back into that routine. But after a couple months, and seeing some good grades coming back and getting good feedback from professors, I realized I’m capable of doing this, and I’m at a level where I shouldn’t be stressed about my capacity or ability to complete the program.”

In fact, he says, he’s better equipped to succeed now than he was the first time around. Time management and work ethic are maybe the most obviously relevant skills, but experience competing with a team has been hugely helpful, too. That’s because Smith’s Accelerated MBA program is team-based—the entire cohort of students is split into smaller groups of six to eight students within the same geographic region. The team members are also, by design, from a variety of industries, ages, cultural backgrounds and experiences. Gushue says that can make collaboration a challenge, but a worthwhile one.

“I don’t have a whole lot of corporate experience, but some members of my group work for big companies, so they bring that. Meanwhile, I think I may be the only small business owner in the group,” he says. “We can learn from each other.”

“I couldn’t help but see the parallels between performance in sport and in business.”

Melanie McCann was interested in business before she discovered modern pentathlon, an Olympic sport consisting of five different events (swimming, fencing, equestrian, running and shooting), at age 16. Growing up, she saw what it took for her family to run their concrete construction company and was “inspired by their entrepreneurial spirit and management of employees and customers in the rural community,” she says.

After making it to the Summer Games in 2012 and 2016—and achieving the best-ever Olympic result by a Canadian modern pentathlete, a record she still holds—she retired from sport, and naturally looked to business for her next career. First, she took a consulting role on the infrastructure and capital programs team in Deloitte’s London, England, office. “I have always been a ‘jack-of-all-trades,’ which is why I love pentathlon,” she says. “[That’s also] why I enjoy being a consultant on a wide range of projects.” In January, she enrolled in Smith’s Accelerated MBA program. (She and Gushue are on separate teams at Smith, but they do sometimes chat about their respective experiences in the program.)

In addition to teamwork, resilience and determination, McCann says taking and acting on feedback have been important transferable skills between her two careers. “As an athlete, I thrived on feedback,” she says. “Recognizing that I can be coachable and improvement-focused in the MBA setting has been a game changer for [me].”

Still, there have been some adjustments. Zoom fatigue is real, for one thing. And McCann has had to figure out what success looks like outside of sports. “As an athlete, I had my sights clearly set on the Olympics and my goals were crystal clear,” she says. “Shifting my focus and finding new goals [in] academics has been a challenge.”

She does know what she wants to do with her MBA, though: become a better leader. Inspired by her dad’s career, she wants to run her own business one day, so while she’s working to improve hard skills like business strategy and finance, she’s also excited to build the soft skills—and the network—she needs to achieve that goal. “As an athlete, I gained so much from going the extra mile. Tactics like working with a mental performance coach or targeting specific training partners helped me see the gaps in my performance and work to narrow them,” she says. “Pursuing an MBA is equipping me with the knowledge and network to build my next chapter in business. I can’t wait to find out what I am capable of.”

This article appears in print in the August 2021 issue of Maclean’s magazine with the headline, “Field to boardroom.” Subscribe to the monthly print magazine here.