Paying off student debt: eight ways to squash it quickly 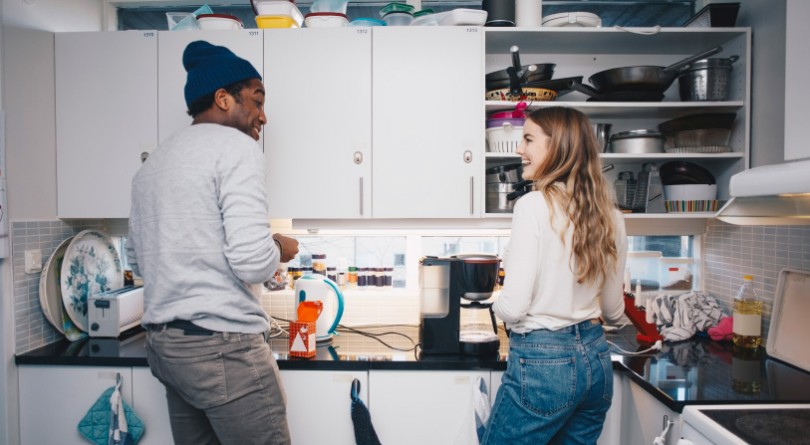 It’s no secret that tuition rates and other university-related costs have risen steadily in the past several years. In fact, students living at home spent an average of $9,300 per year on their schooling while those that left the nest for school dropped closer to $20,000, according to a poll of 23,384 students done by Maclean’s last fall. So how do you put a plan in place to crush debt?

Students have all kinds of financial resources they can tap into—government loans, lines of credit, student credit cards and even the bank of mom and dad. But in almost all cases, the money has to be paid back. “It’s not free money and, like taxes, it needs to be paid off quickly so it doesn’t snowball,” says Debbie Gillis, director of credit counseling at K3C Credit Counselling in Kingston, Ont. She adds that paying off debt before turning 30 means it won’t interfere with other major life events like buying a home or daycare costs. Here’s a quick guide on paying off debt—and avoiding it in the first place.

Live at home if you can

This isn’t for everyone, but for Matt Matheson, it was an easy decision to make. “I got along well with my parents and that decision to stay home saved me thousands of dollars,” says Matheson who runs methodtoyourmoney.ca. Since about 40 per cent of university expenses goes to room and board, Matheson estimates this one decisions alone saved him $10,800 annually. Savings over the course of his four-year degree? $43,200

Use a journal or good budgeting app (like Daily Budget) to track how much you spend. Also monitor money from part-time jobs, government loans, gifts from parents, and other income. It can be eye-opening. “If you don’t know where your money is going you can’t make informed decisions about the trade-offs you’ll need to make to keep debt to a minimum,” say Trevor Van Nest, a certified financial planner and founder of Niagara Region Money Coaches.

Set aside a small stash of $500 to $1,000 to pay for emergencies. “If you don’t have that emergency cash, you’ll simply pile on more debt to cover it. You need to avoid that,” says Van Nest.

Don’t party all the time

“The money you get for student loans is meant for tuition, books and residence costs,” says Gillis. That means learning to cut costs on incidental expenses.” Matheson agrees, adding that he lived below his means and saved wherever he could while attending university several years ago. “Whether it’s having plain water, a coke or coffee instead of a couple of beers when you go out with friends, or simply brown bagging your lunch every day, those small savings add up,” says Matheson. Annual savings? $1,500 or more annually.

Give the spring break a do-over

The pressure from friends and social media to go on these breaks is huge. It feels like everyone is doing it. “But what you don’t see on Facebook, Instagram or other social media is the hefty bills that come along with those trips,” says Matheson. For instance, a $2,000 annual spring break vacation can add up to $8,000 that you’ll have to pay back once you graduate, plus interest. Opt for cheaper activities and getaways closer to home. “Play hockey with friends and then go grab a bit to eat, or do a three-day ski getaway near home that will cost you and your friends just $500 or less,” says Matheson. “It doesn’t mean saying ‘No’ to everything fun. It just means being mindful of your priorities and saving should be one of them.” Savings? $1,500 per year, or $6,000 over four years.

MORE: The cost of a Canadian university education in six charts

College is cheaper than university and the job opportunities are likely just as good. (Think chefs, engineering technicians and policemen.) You’ll minimize student debt if you decide early on what studies you’d like to pursue and focus on how you’ll earn in your eventual career. Guidance counsellors and even parents can help with this. “I made sure my kids took a course of study that could get them credentials and make them employable when they graduate,” says Gillis. “Many students are doing four years of university and then going to college to get practical skills. That’s five years or more of schooling that has to be paid for.”

Attack your debt as soon as you graduate

Van Nest advises his young clients to use the “debt snowball”—a method of debt repayment where you pay off your debts from smallest to largest. So, if at graduation you had $20,000 in student debt comprised of $2,000 in credit card debt, $5,000 on a line of credit, and $15,000 of government loans, you’d pay them off in that order—smallest amount to largest. “Doing it this way keeps you motivated as you see smaller debts disappear quickly,” says Van Nest. And what if you have one large $50,000 government loan? Van Nest suggests you break it down into $5,000 chunks and aim to get a portion paid off every six months or so. “It’s like walking a 3K before running a marathon,” says Van Nest. “You tackle big debt the same way—by focusing on smaller chunks that will get you closer to your goal of paying off the whole debt. That’s how you stay motivated.”

Live at home after graduation

“Sure, it sounds lame,” says Matheson, who graduated with $15,000 in student debt and paid it off in less than a year. “That first year I worked and paid off my debt like a madman. I was single minded.” At the same time, keep networking so you can land a job in your desired field. Get friends, family or a good career coach to mentor you on finding your ideal job. Never lose focus on that final goal so you can get on with the rest of your life—stress-free.