Educators are inspiring a new generation of social justice warriors

As the most diverse and civic-minded generation yet, kids today are poised to lead the charge for a better world 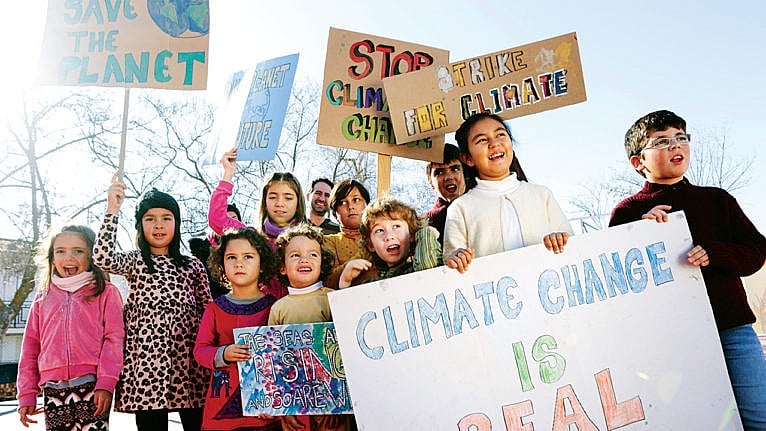 Youth activism isn’t a new concept. In fact, historians can trace the involvement of young people in advocacy back hundreds of years. But with every generation, more and more adolescents and young adults have been motivated to address the issues that plague the world around them, and have led the charge for change in myriad arenas: human rights, women’s rights and reproductive rights, civil rights, education disparity, gun violence, climate change and more. Today’s youth are the most social justice-minded generation yet, with highly visible young leaders taking a stand. Malala Yousafzai. Greta Thunberg. Thandiwe Abdullah. These young women, and their contemporaries, began tackling major societal woes before they even graduated from high school.

When you think about it, this makes sense. Schoolkids today are either a part of Generation Z (Gen Z), born from anywhere from 1997 to the early 2010s, or Generation Alpha (Gen A), which will include children with birth dates from the mid-2010s to the mid-2020s. Both generations have never known a world without the internet, and their early exposure to social media has allowed them to see role models their own age speaking up for important causes. “Social media has made a huge difference in visibility,” says Dr. Melissa Horne, a diversity and inclusion expert who studied youth activism at Rutgers University in New Brunswick. Kids in Gen A—which is projected to be the most diverse generation yet—are also largely children of millennials, a generation known for social consciousness on a number of levels. This means that socially minded messaging starts at home in many households. “Families are more diverse than ever, and parents are talking about issues more,” says Horne. So as Gen A ages and becomes the lion’s share of kids in school, this shift will also mean a change in how educators engage and inspire young people.

Schools like St. Michael’s College in Toronto and Lakefield College School in Lakefield, Ont., are already making the move. At St. Michael’s, principal James McKinnon says, “We know that emotional intelligence and character education are critical to learning and connection. We are developing and deploying tools like emotional intelligence charters and safe space contracts for use by our teachers and their classes. We involve our students in the process of developing community contracts and thereby consciously teach and reinforce best practices for collaborating with and socializing in ways that promote safety, equity and respect.”

For students at Lakefield, the message is similar: “At LCS, we have roughly 400 students from seven provinces and more than 44 countries. We believe young people learn and mature best when they’re encouraged to embrace their individuality within a richly diverse and supportive community. With this belief comes a commitment to learning from each other and leaning into difficult discussions in order to grow our understanding,” says Anne-Marie Kee,  head of school and foundation at LCS. As a result of this open dialogue and dedication to creating a strong sense of belonging for students and staff alike, student-led initiatives like the Diversity, Equity and Inclusion Club, Safe Space Club and the Passionate Advocates for Gender Equality Initiative have been created at LCS. It’s also not uncommon for students at schools like LCS to volunteer upward of 100 hours a year to bettering their communities, given the messages they receive at school about giving back and contributing on scales both large and small.

This dedication to social justice is likely to continue as members of Gen A and younger Gen Z complete their education and reach the workforce. “We’re already seeing that people want to work in places that match their values,” says Horne. “We’re calling out brands that aren’t living up to their promises. Kids are seeing this now, and are being exposed to these ideas at a younger age as part of the zeitgeist. It means they will expect more, and they won’t be afraid to say it. What is currently acceptable will continuously be pushed to be better.” So what does this mean? It means that while this up-and-coming generation is finding their feet now—and it’s the job of parents and educators to support their seemingly inherent passion for social justice—they’ll definitely have a thing or two to teach us in the years to come.