Maclean's is conducting a survey open to all postsecondary students designed to help measure the quality of Canadian schools. Fill it out here. 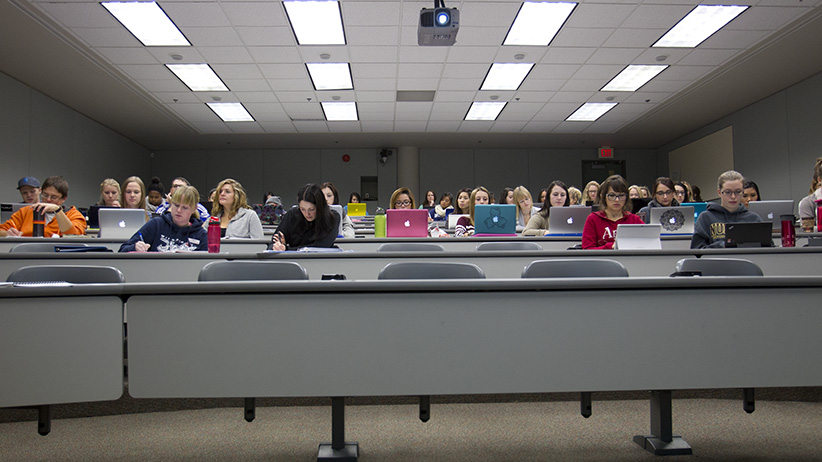 Students listen in their Health Maintenance in Nursing class in the Faculty of Nursing lecture room at the University of Manitoba on Thursday, October 9, 2014. (Photo by Marianne Helm for Maclean’s Magazine)

This fall Maclean’s will release our 25th  annual ranking of Canadian universities. To celebrate, we’re adding a few new metrics to help make the rankings even more precise.

We’ve always asked academics, employers and guidance counsellors which universities they think are best. This year, we’re adding students to the mix.

Universities may talk a good game, but students are the ones with the inside scoop on how policy actually plays out in the classroom. We want to know about the quality of students’ interactions with professors and whether students’ education has contributed to their ability to think critically and solve problems.

We’re also including a number of topical issues in the survey that won’t be included in the rankings, but may form stories. The survey will try to measure how common unpaid internships are, the extent of sexual assault on campus, and how much debt young people have. While we won’t be ranking colleges, the survey is open to college students, as well as university students.

If you would prefer to do the survey in French, please use this link: