Students push governments across Canada to convert loans to grants

Newfoundland students rejoiced when the government made loans disappear in 2015, now student activists are hoping Manitoba and the federal government will follow suit. 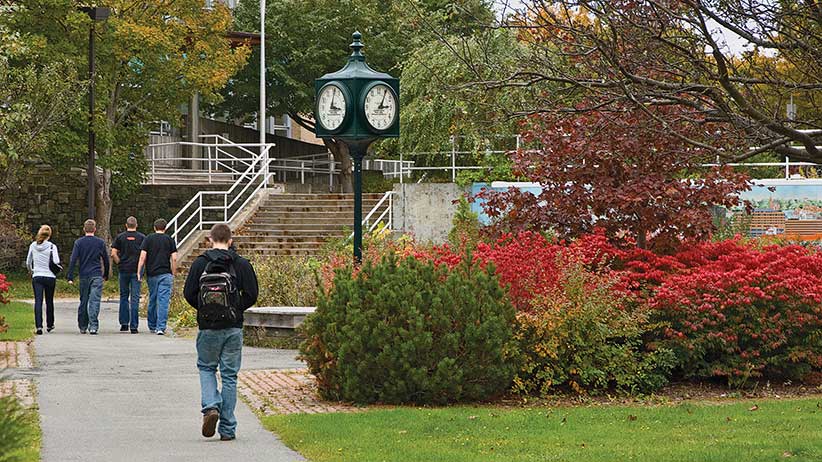 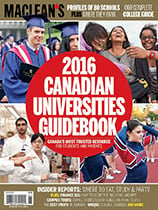 It was almost too good to be true. In August, post-secondary students in Newfoundland and Labrador rejoiced when provincial loans, across the board and with few exceptions, were replaced by non-repayable grants. That’s right: loans weren’t loans at all, they were gifts, to keep, forever. Needless to say, students were psyched.

“That we suddenly don’t have to pay that money back just has everyone really grateful and really, really excited,” says 21-year-old visual arts student Daniel Rumbolt from Memorial University, who owed $8,500 in provincial and federal loans. With the news, $3,000 of his debt evaporated and, just as the provincial government had hoped, his devotion to Newfoundland skyrocketed. Rumbolt, who wants to be a professor, can better afford to go to graduate school and wants to stay in the province that provided for him. “Governments always say they support students, but this time it’s really believable.”

For more than 30 years, the Canadian Federation of Students (CFS) has lobbied provincial and federal governments for changes that would benefit students—fighting for grants instead of loans, cheap or even free tuition, and an end to unpaid internships.

“We want to enable young people early rather than saddle them with crushing debt later,” says CFS chairperson Bilan Arte.

When a student applies for financial assistance, they are eligible for a mix of loans and grants, depending on income, their parents’ income, and the cost of their program. The cost is shared between the federal government and the provincial government.

In 2009, the Newfoundland government expanded its grant program and eliminated interest on its student loans. Last year’s change, which will cost the provincial government an estimated $12 million a year, marks the launch of Newfoundland’s “Population Growth Strategy,” a decade-long plan to boost people and jobs in the province. “We recognized that student loans were relatively high and having an impact on post-graduation transitions,” says Gerry Byrne, Newfoundland’s minister of advanced education. Students eager to pay off large debts often leave the province for higher-paying jobs, and Byrne is optimistic this will encourage them to stay (they are not required to stay). “This allows a broader set of options,” he says, and “not everyone will have to migrate elsewhere for work opportunities.”

It’s big perk for those who want to stay close to home, like 24-year-old Memorial med-school student Desmond Whalen from Caplin Cove. “I grew up here and want to give back to this province, specifically rural Newfoundland,” he says. Whalen would rather not disclose his personal debt, but expects to save around $25,000. The moment he heard, he adds, was “fantastic.”

The grant program, effective Aug. 1 for loans approved for the 2015-16 academic year, is similar to the loan program in that people apply and amounts are based on need. Some caveats are in place—you might lose money if you switch to part-time, for example, or drop courses altogether—but otherwise, grants are yours to spend however you see fit. To the rest of the country’s students, like Simon Fraser English major Jasmine Proctor, it’s almost unbelievable. “I’d probably cry,” she says, divulging that she owes $30,000. “It makes me fearful for the future.”

A 2013 Bank of Montreal survey found the average student debt in Canada is more than $26,000, which most students will take a decade to pay off. The survey also found loan repayment was the top source of stress for students. “It’s a constant struggle to pay tuition and rent and feed yourself. It’s such a challenge for so many,” says Michael Barkman, a 22-year-old student rep for Manitoba’s CFS branch.

In his province, the Liberals are campaigning on a promise to convert loans to non-repayable grants if elected in April, and CFS-Manitoba is lobbying hard for it. In a December brief, it argues the Manitoba government can afford to turn $32 million in annual student loans to grants because it represents just a fraction of $15 billion in expenditures. Its greater effect might be to equal the playing field between haves and have-nots. “The system we currently have really maintains a sort of social stratification,” says Barkman, pointing out that those who can least afford it are the ones who have to borrow the heaviest and are the deepest in debt when they graduate. “A needs-based grant system, in my mind, could really help balance that out.”

Meanwhile, the federation of students hopes Newfoundland’s move could prompt the federal government to do the same. Last year, Ottawa had to forgive $300 million in unpaid loans because graduates just couldn’t pay them back. And during the federal election campaign, Justin Trudeau’s Liberals promised to make more grants available to low- and middle-class families, and that students wouldn’t have to start repaying their loans until they were earning $25,000.

The federation—and debt-ridden students— are optimistic that change is near.

“I think we’ll see more governments across the country—including the federal one—take similar action,” says Arte. “The next generation needs tools to be successful and carry our country and our economy forward.”