The culture shock of Western Canada

When Ali Najaf came to Simon Fraser University, he had to learn everything about living on his own. But people were always ready to help. 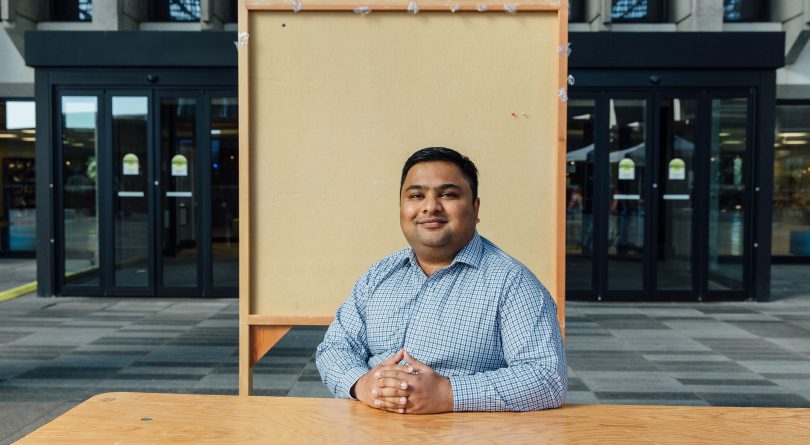 I still remember the day I hopped on a plane and travelled more than 10,000 kilometres from my home in Jalal Pur Bhattian, Pakistan, to Vancouver. I was nervous throughout my flight as it was the ﬁrst time I was travelling alone to live in a country which was not only far from home but also very different culturally. I had so many questions circling in my mind: What would I eat, where would I live, who would I meet, how would I adjust?

According to Immigration, Refugees and Citizenship Canada, at the end of 2018 there were 572,415 international students with a valid study permit in Canada in all levels of education. This was a 16 per cent increase over the previous year, and the numbers continue to increase.

One of the key factors that attracted me to studying in Canada was its reputation as a welcoming country with a great education system. Canada is one of the few countries where diversity is not only accepted but celebrated. I chose Simon Fraser University for its unique interdisciplinary undergraduate degree structure and the opportunity to customize the degree with co-operative education and tri-semester academic terms.

Upon arriving in Canada, I faced challenges that were related to adjusting to a new lifestyle. I had never done laundry myself, and I mixed white and colour clothes together with disastrous results. Being a practising Muslim, I may only eat halal meat; being someone who doesn’t like vegetables, I ate only cheese pizza and fries for the ﬁrst few weeks at the university dining hall. The ﬁrst time I ever used public transport in my life, I took three hours; I boarded the wrong bus and had to ask many people for help to navigate my way back home.

Adapting to the education system took a lot of time. Back home the lectures were taught in both English and Urdu, but at SFU all the lectures were taught in English. Some of my classes had more than 300 students, and I used to feel intimidated when asking questions in front of everyone. Calling professors by their ﬁrst names was something I had never done before; back home we always used sir and madam before the name. When I called my accounting professor “sir,” even he was shocked. He said, “You can call me Steve.” It took me at least three weeks to get used to referring to him as Steve. At the beginning, to adjust, I used to say sir silently in my head and Steve out loud.

The other key challenge that I faced was integrating into the community and adapting to Canadian cultural norms. Initially, it was hard to make new friends as I was one of the few Pakistanis in the campus residence; everyone else differed from me and had a different accent in English. I felt shy approaching new people. Although I had lived at boarding school for eight years, I missed home a lot after moving to Canada, especially during religious and cultural festivals. But as soon as I explored more of the campus and Metro Vancouver and met people from all over the world, I easily felt at home.

RELATED: Immigration of only the fittest: The cruel biases facing people with disabilities in Canada

The international peer mentorship program at Simon Fraser University really helped make my transition smooth. During my ﬁrst week, I was paired with a senior international student who helped me learn about university life by answering my billions of questions and sharing strategies on succeeding in the academic journey. I also credit my SFU residence experience with easing me into life on campus—from the orientation program at the beginning to the continuous support of my community advisers.

My experiences as an international student have been incredible. Canada has proven to be a land of opportunities, diversity and compassion. I’ve formed close relationships with people from all over the world and learned all about their cultures. I’ve explored different cuisines with my international friends and learned how to do everyday chores. I made the most of my experience at SFU by getting involved and giving back to the community. I had the opportunity to serve as a senator in the university senate, where I represented students and worked on policies to make student life better; as a team leader for the international mentorship program, where I helped new international students adjust to Canadian culture; and as a community adviser for SFU Residence for three years, where I helped new students adjust to university life. These are all things I had never done back home and may never have had the chance to do in a meaningful way had I not come here to study.

Universities can do things to help smooth the transition of international students even before they arrive. If a student is planning to live in a university residence, the administration can arrange for bedding for their dorms (at additional cost) on arrival day and work with the dining hall team to create a diverse menu to accommodate student needs. It’s also important that support not end when students graduate. They need help adapting to work life and obtaining career documents to land their ﬁrst job.

One key thing I learned at the beginning was to not be afraid to take initiative and use the resources around me. People are always ready to help. When I was unable to ﬁnd halal food on campus, I decided to speak with the residence administration, which then provided halal food in the dining hall. I also learned that providing support to others in the same way that I received it allowed me to learn from my peers and develop great friendships.

International students contribute to the cultural and social growth of Canada and enrich the education of local students by sharing their stories and perspectives. Being an international student has proven to be the experience of a lifetime, and I would do it all over again in a blink.

This article appears in print in the 2020 University Rankings issue of Maclean’s magazine with the headline, “A world away from home.” Order a copy of the issue here or subscribe to the monthly print magazine here.