Controversial intramural sports team names including: “Redskins”, "Frigid Whore", and “Adrian Beaterson” got banned at some universities. Some think this goes too far. 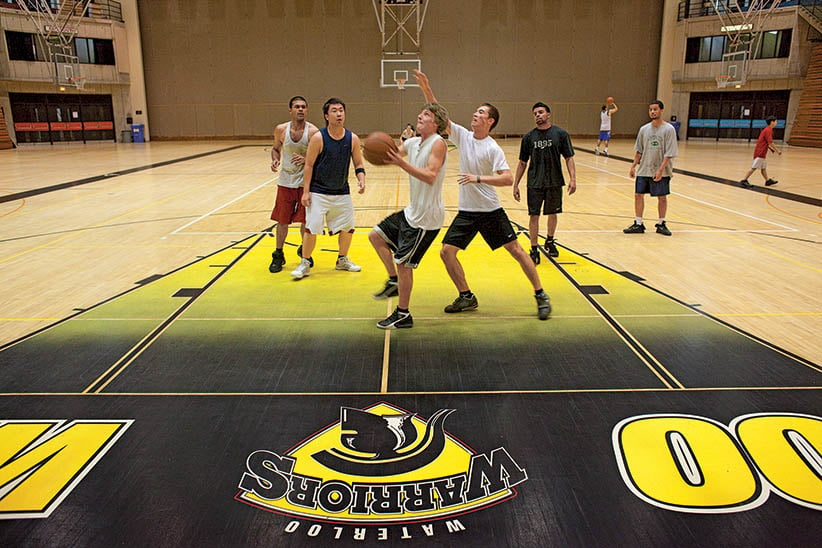 Last October, intramural sports at the University of Calgary faced more than just the other team. They also had to contend with Lexi Narowski, a 20-year-old communications major and then-rep with the Calgary Students Union, who played intramural soccer at the school. Her team was called the Arsenals, but also on the list of intramural names—often silly, semi-risqué puns—were some not-so-funny team titles, including “Let me see your TDs,” “Beats by Ray” (after NFL player Ray Rice, filmed knocking his fiancée unconscious in an elevator), “Just the Tip” (no explanation necessary) and one that incensed Narowski.

“The name that really stood out to me was Frigid Whore, a flag football team. ‘Frigid Whore’ was literally printed on their jerseys,” says Narowski. To her, this was unacceptable in an academic environment, “where everyone’s learning and growing” and “teams need to be representative and inclusive.” Nobody at the university had given it attention, but recent complaints of sexism and racism, among others, convinced Narowski to speak up. She lobbied Active Living, the governing organization at U of C intramural sports, who banned the offenders and vowed to monitor new names with increased sensitivity. It was a victory for Narowski, but was it a loss for free speech?

Many students thought so. Narowski received intense criticism, hate mail and even Kleenexes—“so I could wipe my tears. They went there!” she says. On Facebook, a group called “Allow all team names in U of C intramural sports” lobbied (unsuccessfully) to reverse the ban. Using the hashtag #freeuofc, opponents cried censorship and political correctness gone too far. “It’s a team name that won’t ever be published, and the only time it’s ever seen is when you check the standings online,” wrote administrator Josh Bijak. “It’s an issue that shouldn’t be an issue.”

But with hundreds of intramural teams existing across Canadian campuses, and an increasing awareness of rape culture, it’s inevitable that some will cross the line and others will be offended. Name “rules,” albeit loosely enforced, are usually buried in the intramural handbooks. At Queen’s, for example, names must be “in good taste” and cannot contain profanity. “The play on words [must have] some relevance to the sport,” it reads, and the name must not be “offensive to any religion, gender, ethnic background, sexual orientation or any other student group on campus.” Complaints are dealt with on a case-by-case basis.

While some schools are cracking down, others are vowing to keep the playful names—a long-held tradition in intramural sports. “Some schools have policies along the lines of ‘no allusions to sex/drugs/alcohol,’ ‘nothing inappropriate,’ or, ‘nothing you couldn’t say to your grandma,’ ” says Matt Edmonds, intramural program coordinator at the University of Alberta. “I’ll be forthright in saying that this is not our policy.” Last semester, team names “Adrian Beaterson” and “Redskins” were vetoed by their new team-name review council, but volleyball team “Consensual Sets” was given the stamp of approval. It wouldn’t pass a no-sex-or-drugs rule, but “few concepts are more innately positive than consensual sex,” says Edmonds. “For that reason, we let this—and many other plays on the same concept—pass.”

As always, it’s a fine line between amusing and offensive, but at least students and staff will tread more carefully in future. “This really opened a lot of people’s eyes and got them thinking about how we represent ourselves when we’re on a team,” says Narowski. Intramurals should be about inclusivity and camaraderie, not just your punny title. “If your name’s really that important, I feel sorry for you. You’re missing the whole point.”

Good fun or totally repugnant? Among recent Canadian teams, we found these maybe-offenders (along with a few more we chose not to print):