Want to save money on university? Move far away from home.

To save on your education costs, go away for school—the further the better 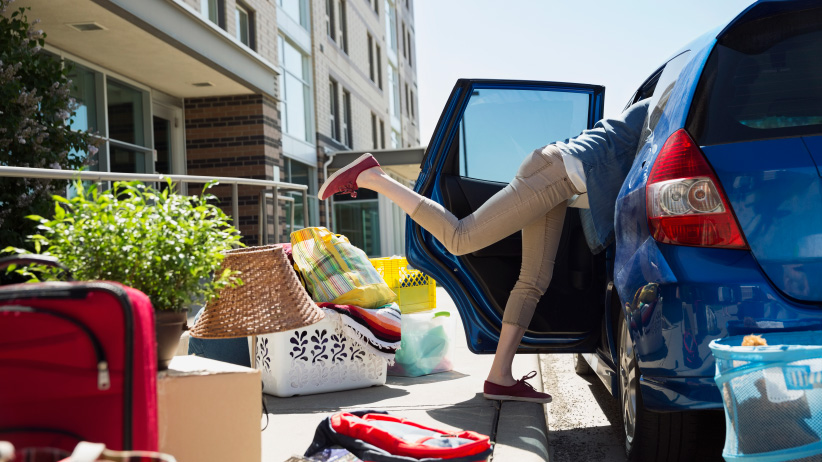 A distance of less than 200 km is considered a short-enough jaunt to justify a spontaneous visit with parents. (Photo, Hero Images/Getty Images)

Going away for school will always be more expensive than living at home, but if you do decide to attend university in another city, make sure it’s far away—it may save you money.

People who study within a 120-km radius of their hometown spend an average of $47.50 on each return trip, according to the Maclean’s student survey. But the cost of repeated travel rapidly accumulates. For these students, going home each week adds about $1,700 to the cost of attending university. In contrast, students who return home twice a year spend just $1,130, on average, for their travel. Typically, these students live 750 km or more away. Under these circumstances, staying close to one’s roots costs close to $600 more than going further afield.

Nonetheless, students like Brittany Calhoun, who’s in her third year at St. Thomas University in New Brunswick, can’t seem to resist the urge to go home—especially when it isn’t too far. “Family means a lot for me,” she says. “I get homesick very easily.” 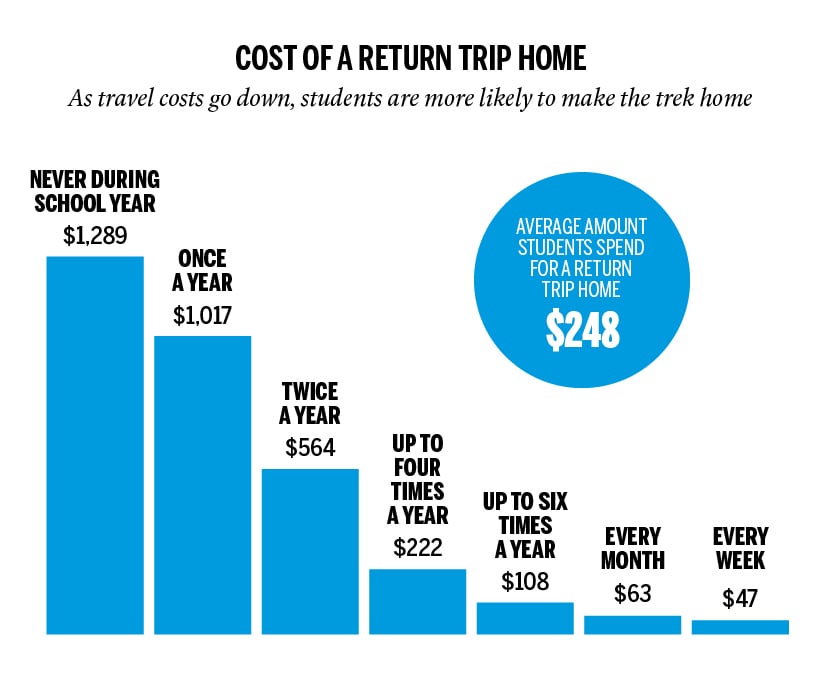 Based on the results of our annual student survey, a distance of less than 200 km is considered a short-enough jaunt to justify a spontaneous visit with the parents. Overall, eight per cent of students make a weekly pilgrimage, while another 27 per cent go home at least once a month.

Students at the Université de Sherbrooke are most likely to make a weekend journey. More than a third of them go home weekly (paying an average of $35 each week), while another 44 per cent say they head home at least once a month. 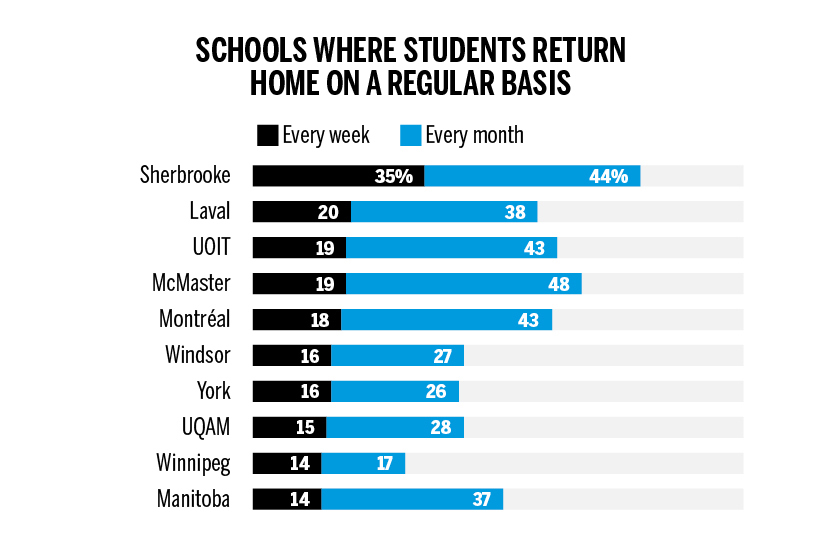 For those interested in both leaving the nest and containing costs, the sweet spot is a school located 200 to 300 km from family. At this distance, students typically return between once a month and six times a year. It’s enough for parents to spend time with their kids, but far enough away to deter weekly trips.

Calhoun feels the financial pinch of frequent home visits, but she isn’t prepared to cut back. Regardless of her financial situation, she scrapes together the money to make the 120-km trip to spend time with her boyfriend and her sister. “When I’m supposed to be saving, I’m not, because I’m making that trip home,” she says. 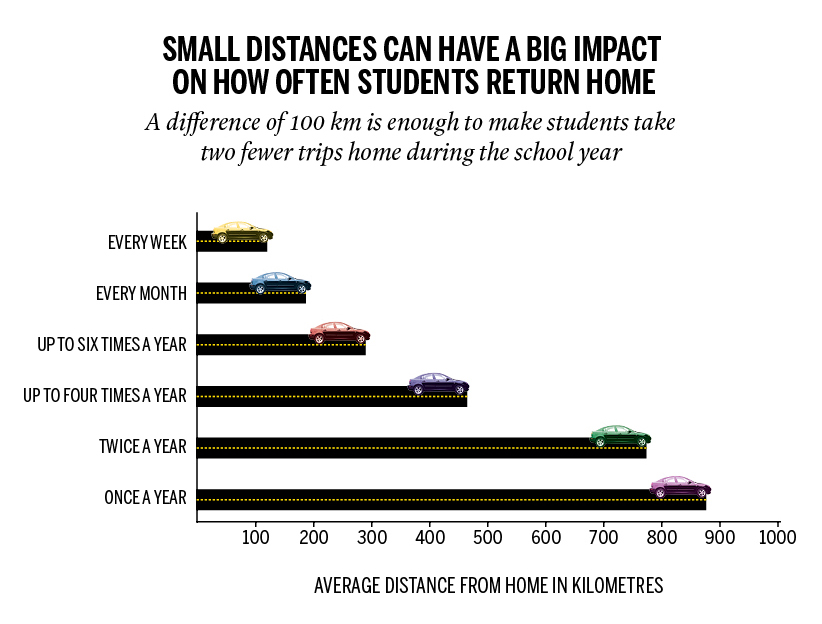 This is an update of a story originally published on December 6, 2017.