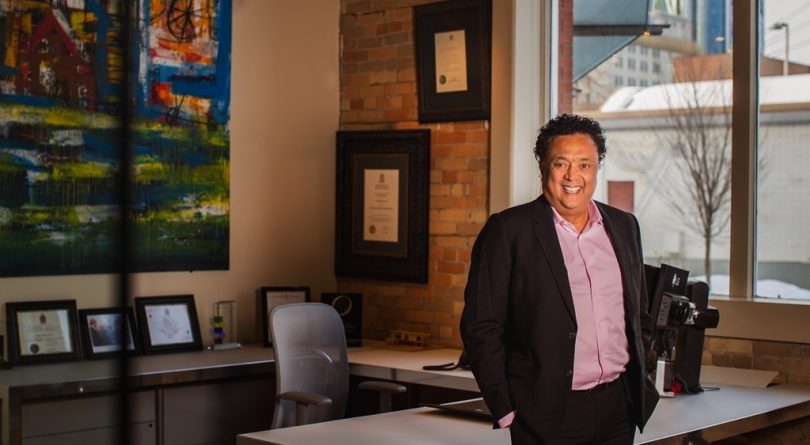 Navjeet Dhillon earned his millions in an old-fashioned industry: real estate. But the Calgary-based entrepreneur, commonly known as “Bob,” gave $10-million to the University of Lethbridge with the goal of transforming its faculty of management into one of the leading fintech schools in the country. The financial industry is evolving rapidly, thanks to innovations such as block chain, artificial intelligence, trade bots and cryptocurrency. But Dhillon—widely touted as Canada’s richest Sikh entrepreneur—sees few universities keeping pace with these high-velocity developments. The faculty has been renamed the Dhillon school of business in recognition of the contribution.

“I don’t want the students to say I just spent six years in university and my degree is useless,” says Dhillon. “I want them to say after six years at the University of Lethbridge, I now have a marketable skill set.”

The founder of Mainstreet Equity Corp.—a publicly traded real estate company that owns more than 11,000 apartment suites across the country—wants Lethbridge to become known as thriving university town offering a top learning experience in business. “At a 30,000-foot level,” says Dhillon, “my objective is the school will be the go-to university for the courses of today and tomorrow.”

The entrepreneur’s gift, says Dr. Bob Boudreau, dean of the Dhillon school of business, will aid with a significant restructuring of the business curriculum, along with new state-of-the-art facilities for undergraduate and graduate students.  “Many things will happen. Some are already in play and some are on the drawing board,” says Boudreau. He adds some of the new money for the business school will fund student scholarships, teaching and research grants as well as business case competitions focused on fintech and R&D.

Some new courses will be offered as early as September 2018, covering subjects such as blockchain, smart contracts, wealth management and cryptocurrencies. Other fintech-focused courses will follow at the both the school’s main location in Lethbridge and a satellite campus in Calgary. The university aims to have a six-course minor in “Financial Innovation and Technology” (FIAT) established by 2020. “Part of our vision and Bob’s vision is to make this a global institution,” says Boudreau, “An international destination for education in high tech business and finance. It’s important for Calgary, it’s important for Southern Alberta, but it’s also important globally.”

Dhillon was born in Japan to Sikh parents. The family immigrated to Vancouver, and later to Calgary, where Dhillon made his first real-estate deal at 19. For $15,000, he bought a pair of rundown homes, renovated them and sold them for a nice $18,000 profit. Seeing himself as a kind of real-estate plastic surgeon, he’s made his fortune buying unsightly apartment buildings in Western Canadian cities, sprucing them up and converting them into higher revenue mid-market rental properties.

Dhillon, 53, who holds an MBA from the Richard Ivey School of Business at Western University, first became aware of the University of Lethbridge, 200 kilometers south of Calgary, when Mainstreet acquired some apartment buildings in the city with a population of 87,000. “When I went to the campus I was shocked how beautiful, how large, how diverse it is. It’s a little oasis in Southern Alberta.”

Years later, in 2014, Dhillon was invited on a trade mission to India with then-Governor General David Johnston. On that trip Dhillon met Paul Davidson, president of Universities Canada, who explained the importance of foreign visiting students are to the bottom line of many Canadian universities. Further conversations with Davidson lead to Dhillon helping foreign students—mainly from India—attend Canadian universities. As part of that work, Dhillon took several trips to India with Michael Mahon, president of the University of Lethbridge, leading to discussions about ways to enhance the university’s curriculum surrounding financial technologies.

Technology trends come and go, however. There are indications that some central banks around the globe might ban cryptocurrencies and the value of Bitcoin has fluctuated wildly in recent months.  But Boudreau is confident blockchain—the underlying technology of the trend—will be “far reaching” in its implications. The “Dhillon difference,” as Boudreau puts it, is that the U of L curriculum will evolve as it explores the impact of financial technologies on a broad range of areas such as health, banking, management, stock trading, artificial intelligence and robotics.

Another aim of the business school, adds Boudreau, will be to “internationalize” the university. “We have a very aggressive plan in place to grow out our international and domestic student base.” Currently the faculty has 1,039 students at its Lethbridge campus and another 630 at its Calgary campus. Boudreau hopes to increase enrollment upwards of another 500 students by 2020. Foreign students make up about nine per cent of that population. Boudreau would like to double that.

While fourth-year student Jordan Kwiecinski will graduate before the full fintech curriculum is in place, he believes the university has made a prescient move. As a marker of the rapid pace of change, he cites the swift shift in online investing that left traditional stock brokers in the dust. Today, anyone with access to the Internet can easily trade stocks themselves through their own banks or websites such as Quest Trade and Robinhood.com.

“The relationship between finance and tech is still in its infancy from my standpoint,” says Kwiecinski, who also leads the school’s finance club. That’s leaving a lot of opportunity for entrepreneurial minds to capitalize on these new segments, such as blockchain, smart contract and fintech. And that creates a responsibility for educational institutions to adapt their curriculum to the changing markets. They have to properly educate students so they can enter the workforce so their skills and abilities adapt and are effective with these constant changes.” With Dhillon’s help, the University of Lethbridge has done just that.