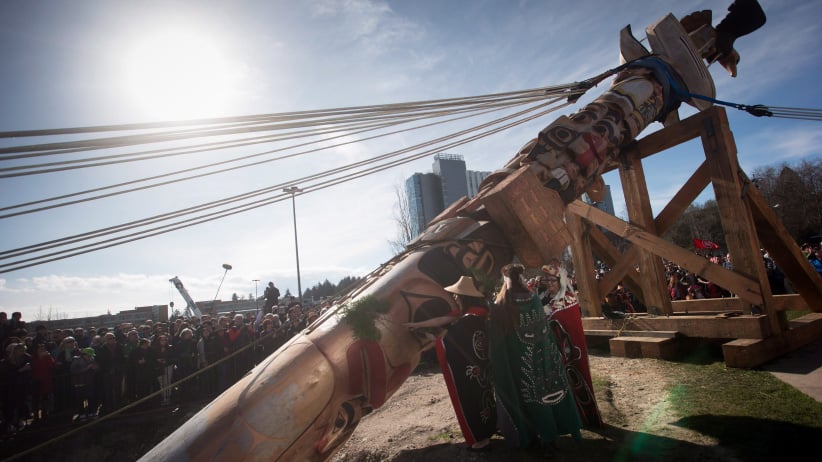 First Nations women bless a Reconciliation Pole before its raising at the University of British Columbia in Vancouver, B.C. The 17-metre red cedar pole tells the story of the time before, during and after the Indian residential school system. Thousands of copper nails representing thousands of Indigenous children who died in Canada’s residential schools were hammered into the pole by survivors, affected families, school children and others. The totem pole faces the future site of the Indian Residential School History and Dialogue Centre. (Photo, Darryl Dyck/CP)

Marcus Scherer, the ﬁrst in his First Nations family to graduate from high school, will soon have a university degree, too.

He is just getting started.

After his third summer of ﬁghting forest ﬁres in British Columbia, the 23-year-old is back at Thompson Rivers University (TRU), in his hometown of Kamloops, B.C., for his ﬁnal year of a bachelor’s degree in natural resource science. Next he plans to attend the University of British Columbia for a one-year master’s in sustainable forestry. After that, he heads to law school—the ﬁnal step toward a career in forestry management that he hopes will “help my people and contribute to my heritage.”

His options-laden academic path owes much to escalating commitments by Canadian universities to woo a fast-growing cohort of Indigenous youth, a demographic that’s been historically under-represented on campus. It stands in contrast to the dark history of residential schools chronicled by the 2015 Truth and Reconciliation Commission.

Despite the ramped-up efforts, optimism is tinged with realism about the work required to recruit academic-ready Indigenous students, close the performance gap with non-Indigenous students, produce culturally relevant curricula and transform the internal culture of universities.

“What I am generally seeing across the country is a pretty solid effort by a lot of post-secondary institutions not only to make their campuses more welcoming for Indigenous students but to tackle the challenging question of how to bring in Indigenous perspectives, world views and knowledge,” says Ry Moran, inaugural director of the National Centre for Truth and Reconciliation, an archive of Canada’s residential school legacy.

Moran, who is Metis, urges universities to “keep going” given the competing trajectories for Indigenous youth. “We are seeing positive trends in terms of Indigenous people ﬁnding their way to post-secondary education, moving into the workplace and climbing the ladder,” he says. But with an epidemic of Indigenous youth suicides, he adds, “we have to recognize that, for some communities, things are not getting better and may be worse than ever.”

For the individuals who make it to university, recruitment often begins in elementary or high school with offers of Indigenous-infused summer camps, campus visits and transition-to-university boot camps. Scherer, for his part, credits two First Nations counsellors at his Kamloops high school for keeping him on track and steering him to TRU’s on-campus orientation for local Aboriginal students. Neither Scherer’s parents nor his ﬁve siblings completed high school.

Once on campus, Scherer tapped into elders-in-residence, feast days and services at Cplul’kw’ten, an on-campus Aboriginal centre he describes as a “homey place.” A beneﬁciary of a peer-mentoring program, he later volunteered as a mentor. “It has been a little bit easier for me,” he says, acknowledging the support. “I hope to keep that momentum rolling forward.”

in 2017, Universities Canada reported that its 96 member schools offered 233 Indigenous-focused undergraduate and 62 graduate-level programs in 2015, up 33 per cent from 2013. The association found that about 86 per cent of members provide targeted support for Indigenous learners, including academic counselling and peer mentoring, while 69 per cent of them deliver transition programs (such as pre-university academic boot camps).

Still, there are challenges. Only 9.8 per cent of 25-to-64-year-olds who self-identify as Indigenous had a university degree in 2011 compared to 26 per cent for non-Indigenous people in the same age bracket, according to Statistics Canada.

Among the Truth and Reconciliation Commission’s 94 “calls to action” was a plea for relevant curricula to support Indigenous students. Universities have started to “indigenize” content and pedagogy, an effort that began before the Commission made its recommendations but has accelerated since then.

In 2017, TRU earmarked 35 per cent of a $1.2-million strategic initiatives budget for “indigenizing” the curriculum, hiring Aboriginal advisers and adding language support. The school’s 2,858 Indigenous students (on campus and online) represent 10 per cent of enrolment, and a new institutional initiative aims to infuse Indigenous perspectives into nine faculties using traditional stories of the local Secwepemc people. “It comes partly in response to the TRC calls to action and a recognition that we need to be doing more for Indigenous students,” says Christine Bovis-Cnossen, TRU provost and academic vice-president.

In their TRC commitments, some universities have opted for all students to learn about Indigenous history and culture.

Starting in fall of 2016, students at Lakehead University in Thunder Bay, Ont., choose from various half-credit courses with at least 50 per cent Indigenous content (about 18 hours). Lakehead engineering students take Technology, Society and Indigenous Peoples in Canada, a course developed with the sociology department to examine science, technology, social institutions and culture and their impact on First Nations, Metis and Inuit, according to a university ofﬁcial. Meanwhile, students in natural resources management take a half-credit course in Aboriginal Peoples and Natural Resources.

In June, Trent University in Peterborough, Ont., became the third Canadian university (along with the University of Winnipeg) to add mandatory Indigenous content.

“When we change the way we do things, we change the conversation,” says Dawn Lavell-Harvard, director of Trent’s First Peoples House of Learning. “To bring that reconciliation process, which is about the truth, we have to consciously create that awareness as well as creating safe spaces to acknowledge Indigenous knowledge within our structures, our content and pedagogy.”

Trent is also among those creating new entry points for Indigenous learners.

In 2014, Seanna Dale, who is Metis, was a Grade 12 student in Bancroft, Ont. After graduating, she heard about a Trent diploma in foundations of Indigenous learning, a two-year program for students like her. Next year, she will complete her diploma en route to pursuing a new Indigenous bachelor of education degree at Trent. “[The diploma] was exactly what I was looking for,” says Dale, who’s eager to become an elementary school teacher “so I can get Indigenous knowledge out to students at a young age.” 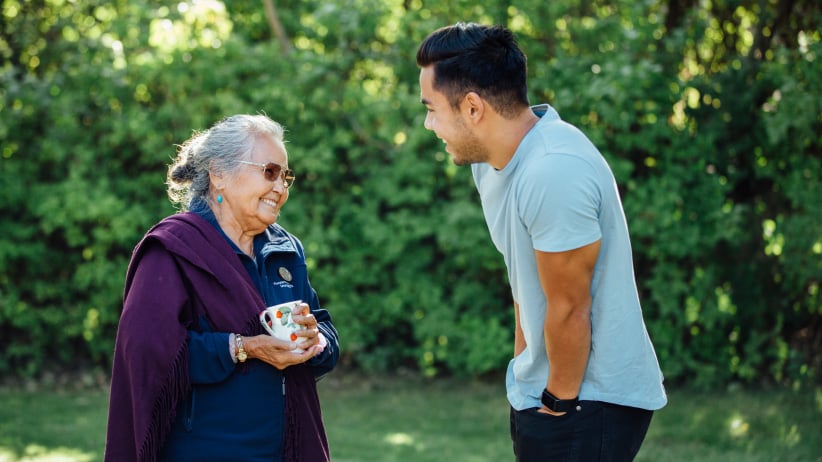 Revising curricula is labour-intensive, but long-time advocates see encouraging signs. “A lot of work has happened over the years, but it takes a long time to change the systems,” says Jo-ann Archibald, professor emeritus of educational studies at UBC, whose Indigenous content development dates to the 1980s. “The pieces are there,” says Archibald, a member of the Stó:lō and St’át’imc nations. “It is a matter of putting them together to make some big steps.”

It’s often a matter of preparing students long before the ﬁrst class begins. In spring of 2017, Ontario First Nations student Abby Taggart ﬂew to UBC’s Okanagan campus in Kelowna, B.C., for an orientation weekend tailored for Aboriginal students. From the Red Rock Indian Band, Taggart, a prospective student, had her ﬂight and expenses paid for by the university. The weekend experience, with strong Indigenous elements, conﬁrmed her desire to study at UBC.

Meika Taylor, associate director of strategic Aboriginal initiatives at UBC, says its orientation program “is an amazing tool. It really helps ease the transition for students.”

But Taggart’s ﬁrst experience of university came years earlier, as a Grade 10 student in Nipigon, Ont. Uncertain about her future, she attended an Indigenous mentorship program at nearby Lakehead University that matched its students with those from high school on culturally relevant projects, including in the science labs. A self-described nerd, she says the experience conﬁrmed her desire to study large endangered species.

Being welcoming is important for the schools, but so too is recognizing that many of the students arrive with different needs from their non-Indigenous peers. “Students are coming from the remote North and northern Ontario, and many of them are leaving their communities for the ﬁrst time,” says Peggy Smith, interim vice-provost for Aboriginal initiatives at Lakehead. “It has been our goal to make people feel at home here.” 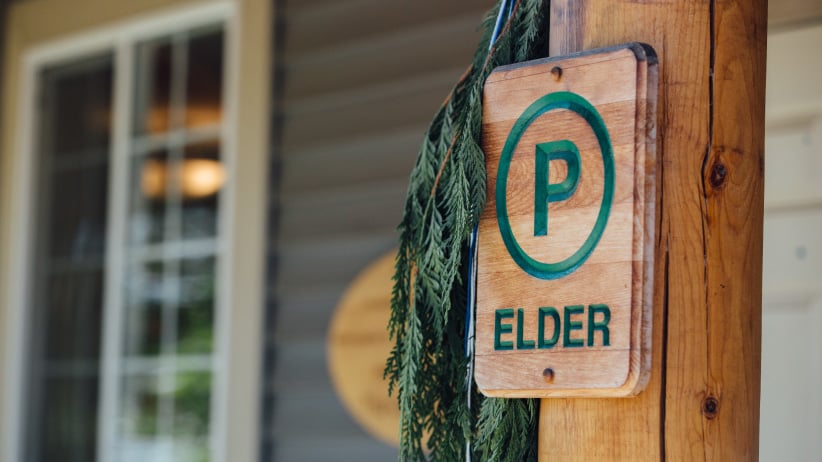 Recognizing that some students have young children, Lakehead recently expanded its on-campus Nanabijou daycare. The facility stays open before and after school and in the evening. Access to daycare is a lifeline for Cree nursing student Angela Gomez, a 34-year-old divorced mother of four children. “It felt like it was family because they were taking good care of my kids,” says Gomez, who returned to university after several false starts and expects to graduate in February 2018.

As similar initiatives ﬁnd success, university ofﬁcials warn against the temptation of quick ﬁxes. “We are trying to take a capacity-building approach,” says Wendy Rodgers, deputy provost of the University of Alberta, of her institution’s strategy. “It is about creating a sense among Indigenous communities and our Indigenous colleagues [on campus] that this is not a ﬂash in the pan, a one-off that is going to fade away.”

To ensure long-term stability, universities and Indigenous communities negotiate formal agreements on shared issues. “We are talking about how we can develop some solutions that are grassroots-driven [rather] than by the academic agenda of the day,” says Wayne Kaboni, general manager of the eight-band Citxw Nlaka’pamux Assembly, of an agreement struck three years ago with Thompson Rivers University.

At UBC, a decision to take deliberate action ultimately paid dividends. Several years ago, Indigenous advisers resisted pressure to boost enrolment, preferring to tackle internal university rules that bedevilled band-funded students and made them feel unwelcome. “It is very problematic to go into [Indigenous] communities and recruit students if, when they come to campus, they have very difﬁcult experiences dealing with university [administrative] machinery,” says Linc Kesler, director of the First Nations House of Learning at UBC and senior adviser on Aboriginal affairs to UBC’s president. 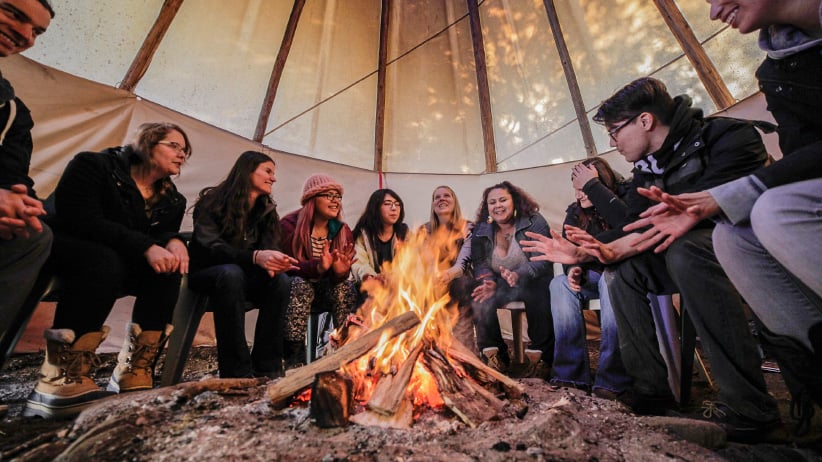 In 2016, UBC enrolled 1,607 Indigenous students, up 21 per cent from 2011, at its Vancouver and Okanagan campuses. “We were not being particularly aggressive until we felt we were recruiting students into a good environment,” he says.

Beyond courses, faculty and staff are now being trained at schools to promote a positive campus culture. On visits to high schools, UBC recruiters acknowledge local territorial lands and describe a growing list of programs and scholarships for Indigenous students.

More broadly, Kesler describes the emotional impact of a campus event held several years ago to introduce senior staff and faculty to residential school survivors. “The [institutional] conversations we had after that changed very dramatically and enabled us to move on things in a substantially faster way,” he says.

As for Scherer, who has at least one survivor in his family, he’s preparing to seize his moment. “For me to have all these opportunities in front of me and not take them would be an insult to my own people and heritage.”