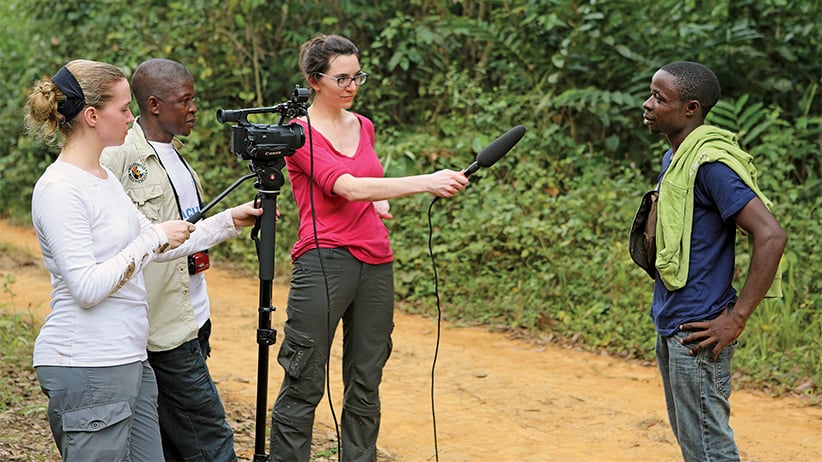 Millions of people in the developing world die in agony because they can’t get painkillers. Medical morphine, once widely available, is cheap but illegal in many of the poorest parts of the world, a side effect of the war on drugs.

Such problems with palliative care are well-known among aid workers, but received almost no attention.

“As soon as I heard the story, I knew it was perfect for the Global Reporting Centre,” says Peter Klein, who launched the centre at the University of British Columbia in June.

Klein, who still contributes to CBS’s 60 Minutes, directed UBC’s graduate school of journalism from 2011-15. The Global Reporting Centre will build on the international reporting program that he’s taught for a decade, which has been covering underreported international stories and giving his students on-the-ground experience. They’ve travelled around the world to produce video stories ranging from how Thai democracy activists are coping since the 2014 coup to how the developing world is trying to combat mental health problems in places like India.

Klein partners his students with establishment media to get their stories more reach. The palliative pain project was picked up first by Al Jazeera and then aired on CBS Sunday Morning, which averages about six million viewers.

Although students may work with large media companies, they don’t actually work in those newsrooms. That model is in contrast to how most Canadian journalism schools operate—by encouraging industry internships.

The University of Toronto’s Munk School of Global Affairs has a similar model to that of the Global Reporting Centre: students pitch stories for inclusion in major publications. However, Munk features tend to run in print, in contrast with the emphasis on video at UBC. Both programs are attempting to capitalize on the shrinking coverage of foreign affairs in newsrooms, which leaves a gap for eager students willing to go out and find stories.

Klein insists his model helps students find work just as well, if not better: “I can’t think of a single one of my students who doesn’t currently have a good job. Not all of them are doing international journalism, but they’re all working in the industry.”