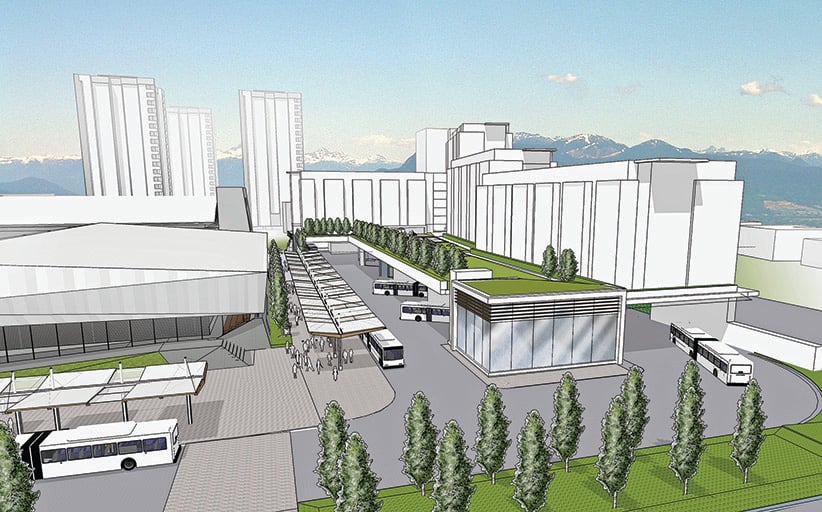 Imagine a bed, a desk, a wardrobe, a kitchen, and a bathroom, all packed into the size of a parking spot. Called “micro units,” they are the new design plan at the University of British Columbia in Vancouver, the most expensive real estate market in the country.

A scarcity of rental housing coupled with demand has created a “rent increase tsunami,” as one realtor told the Vancouver Sun this summer. At its peak this summer, 6,300 students at UBC’s Vancouver campus were on the wait list; the demand rolling in from international students and domestic students who want to live on campus. “There’s a wait list of several thousand people every year. People who apply often don’t get [housing,]” says Will McDonald, 23, coordinating editor of the campus newspaper, the Ubyssey.

Meanwhile, the average rent for a two-bedroom apartment in Vancouver, $1,345 in the spring of 2015, was the highest in the country, while the rental availability rate was the lowest at 1.8 per cent, said a CMHC report.

The challenge of finding a place to live on a student budget is made harder by the location of the campus on the western tip of the Point Grey peninsula, says Aaron Bailey, 21, president of UBC’s Alma Mater Society. “We’re bordered by an affluent neighbourhood and then separated from the rest of the city by quite a far distance,” explains Bailey. “So if a student wanted to live somewhere decently affordable by Vancouver terms, you have to be 45 to 50 minutes away.”

The idea at UBC is to make living on campus more affordable for students by making it more compact. The decision to go micro came out of conversations with student leaders, who said they “could imagine living in a much smaller space and spending $300 less per month,” says Andrew Parr, UBC’s managing director of student housing and hospitality services. Parr then consulted a larger group.

Sixty-one micro units, about 140 sq. feet, are scheduled to open by the summer of 2019—about 10 per cent of the total rental spaces in the new four-tower, 630-bed Gage South Student Residence. The micro units would go for $670 to $690 a month, compared to the current average rent on campus of about $1,000 a month.

The units will contain a small bathroom and kitchenette to the left. A bed—either a fold-out or single bed that will function as a couch—to the right. Dresser, wardrobe, and desk sit against the far wall. According to Parr, the student’s living room would be the broader campus. “There are definitely a handful of students we talked to who said, ‘Are you crazy? I don’t want to live in a place like that,’ ” he says. But “there is a fairly outgoing student who wants to study in coffee shops, as opposed to a more introverted student who studies quietly in their own room.” Mature student Ronnie Young, 53, pays $1,100 for peace and quiet in a single studio room. “I pay for privacy,” says Young, who would consider living in a micro unit at the lower price.

“I wouldn’t want to live in something that small,” says McDonald. “Having said that, I think having cheaper housing on campus is something all students would support, but not necessarily having parking-stall-sized rooms.”

The issues of housing and rising costs are a flashpoint on campus. At student consultations set up last year, after a 20 per cent residence fee increase was announced, Bailey says many “expressed concerns that our housing department’s focus was on studios and four-person apartments that were very spacious but cost quite a lot, when a lot of people thought more affordable units were what students were looking for.”

Parr says revenues from the fee increase that took effect this September, which raised rents across campus by about $105 to $140 a month, would go to building more student housing, student services, and bursaries for students who can’t afford housing. But Bailey believes the rent increases were the result of the university’s poor execution of an “ambitious” housing plan. “It wasn’t a fair way to do it, charging students now who won’t really benefit from those increased spaces,” he says.

David Hutniak, CEO of LandlordBC, which represents owners and managers of rental housing in B.C., says the rents of the micro units would be consistent with the market. “The availability of off-campus housing at that price point is unfortunately difficult to find,” he says. “A typical west-end bachelor apartment, which admittedly would have more square footage, would cost $1,000 to $1,200 monthly rental. The reality is $650 to $700 month rent for a clean, new unit like that is, in fact, quite attractive.”

First-year students need not worry; they’re guaranteed a space in residence. The micro units will serve upper-year students. If they’re a success, the university may develop more.