Expulsion not even on the table, university criticized for being 'lenient' 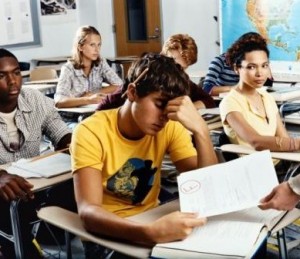 At least 15 students in the Foundation Year Programme at the University of King’s College have been accused of passing off someone else’s work or idea as their own. Program director Peggy Heller said the questionable papers are all responses to the same text: The Divine Comedy by Dante Alighieri. She didn’t give details or say exactly how many students will be facing a hearing.

The students are scheduled to meet with Heller and Stephen Kimber, the academic integrity officer, on Monday and Tuesday.

During the hearings, students will have a chance to state their case. Heller said students are free to bring an advocate, such as a student or a lawyer, if they are uncomfortable speaking for themselves.

There are around 300 students enrolled in FYP. After a lecture on Friday morning, Heller told them no one would be expelled. “The worst consequence that would be contemplated at this point would be failing the paper,” she said, “and then lesser ones would be having marks deducted.”

If found guilty of plagiarism, it would be a first offence, Heller said.

Kimber said these are the first allegations of plagiarism at King’s this year. “It’s not like this is happening regularly.”

This was the fifth paper of the term and it was due two days after the FYP midterm. Every essay assignment includes a description and a warning about plagiarism.

FYP student Sam Tait said it’s “pretty bogus” that a student caught plagiarizing wouldn’t face expulsion. He said students have known the consequences of plagiarism since high school. “I don’t think there should ever be more than one offence,” said Tait. “I understand someone making a mistake and not really understanding that paraphrasing is plagiarism, but to say that they’re going to be lenient on first-year students, they’re not really following protocol.”

According to the intellectual honesty section of the King’s calendar and the FYP Handbook, the penalties for plagiarism “may include assignment of a failing grade, suspension or expulsion.”

Generally, when a student is suspected of plagiarism at King’s, the marking professor will type in the suspicious phrase or idea in an online search engine like Google. Unlike Dalhousie University, King’s does not use Blackboard or Turnitin.com, a plagiarism detector.

Heller said these online programs take away from the close relationship between students and professors that King’s is known for. “This would ruin the bond of trust,” she said. “I was talking to a tutor today about it and he said it just changes the way you read papers because instead of thinking this is what the student is thinking you start thinking oh, is this really the student’s idea.”

But these allegations have forced Heller to rethink the university’s policy.

Implementing Blackboard and Turnitin.com would make communication between professors and FYP students easier and allow King’s to create a permanent bank of papers so professors would be able to compare essays from year to year, she said.

FYP is known for its intense curriculum and high admission standards. It is geared toward students who love to read and write and “enjoy intellectual dialogue,” according to the King’s website.

In last year’s National Survey of Student Engagement, FYP students ranked themselves the happiest and most content with their first-year university experience, compared to students at other Canadian universities.

Despite at least 15 allegations of plagiarism, Stephen Kimber said he believes that King’s reputation remains intact. “I think it’s good that people know that these things will get flagged.”

This story has been republished with permission from unews.ca where it originally appeared Dec 3, 2010.