15 things they don't teach you in high school about university 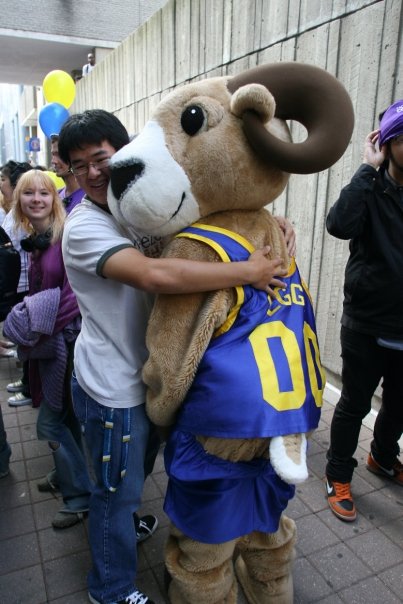 1. If you move away from home, you’ll miss your parents for the first five minutes. Maybe.
2. Your first-year grades are meaningless but maybe you want to crack a book open once in a while?
3. Male bravado may be tacky but hey, that never stopped anyone.
4. Frosh Week can be obnoxious and humiliating with overzealous enthusiasm but it’s an excellent way to make friends, so go on and build that human pyramid!
5. Nobody cares about anything you ever did in high school. No one is impressed that you wrote the school’s winter production or that this one time, you made a killer joke and the most popular boy in your class laughed. (I’ve tried this, I HAVE TRIED THIS.)
6. Not everyone drinks. Some people read. Sometimes they study. Some smoke. Variety is the spice of life.
7. Engineering students all have a creepy symbiotic and almost inappropriate relationship with each other. They paint their bodies, duct tape each other to lamp posts in busy city squares and march down crowded sidewalks playing horns. Avoid.
8. Half-Baked is really an exceptional film under the right circumstances.
9. The person next to you is probably just as nervous as you are.
10. “Friendcest” will become the dirtiest word in your lexicon.
11. You’re right, I bet you and your high school boyfriend are, like, so in love and you’re totes going to make this long distance thing work and you’re going to get married one day and walk down the aisle to Metric wearing your favorite gold lycra tube top from American Apparel. No, no, I’m the idiot.
12. “Hey, do you want to go play some beer pong?” doesn’t mean it’s a date.
13. You might change your major or you might change your school or you might change your friends, and none of it is such a huge deal.
14. My brother taught me this and for some people more than others, it’s vital to pay attention to: Try to suspend whatever disdain you may have for certain groups of people for the sake of making a friend or two. You can’t roll your eyes at all of the people all of the time and expect to get away with it. (That said, you can’t be friends with everyone, so pick your battles.)
15. Don’t take any advice.