7 Canadians with more than a dozen honorary degrees

Top marks for these scientists, politicians, judge and author 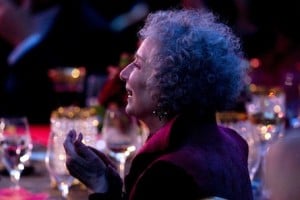 Writers, astronauts, pioneering female scientists—these Canadians have achieved remarkable things through their work, and probably have a gown pressed and ready to receive their next honorary degree:

2. 37: Stephen Lewis, board chair of the Stephen Lewis Foundation and former UN secretary-general’s special envoy for HIV/AIDS in Africa. Includes Dartmouth College and Johns Hopkins University in the U.S.

Buy the Maclean’s Book of Lists, Vol. II online, from the iBookstore, or on newsstands now.